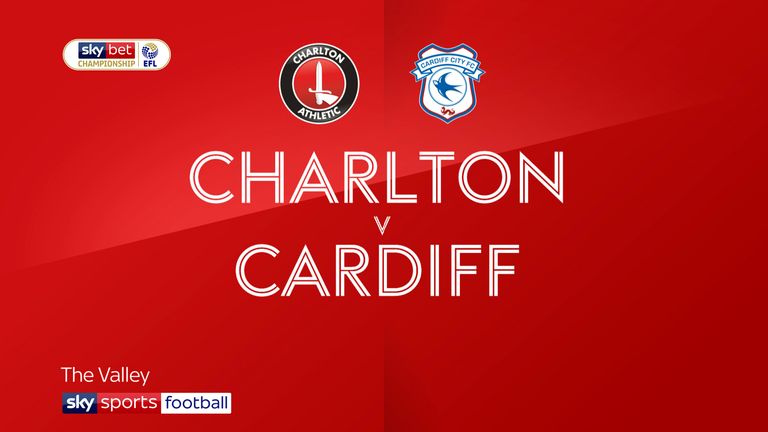 Highlights of the Sky Bet Championship match between Charlton and Cardiff

Neil Harris avoided defeat on his first outing as Cardiff boss as second-half goals from Lee Tomlin and Nathaniel Mendez-Laing secured a 2-2 draw against Charlton at The Valley.

Chelsea loanee Conor Gallagher prodded the Addicks in front (13), before Jonathan Leko doubled the hosts' lead with a tidy finish following a counter-attack just before the break (42).

The visitors improved after the break and, after Junior Hoilett's penalty was saved by Dillon Phillips (50), Mendez-Laing pulled a goal back shortly afterwards (52), with Tomlin coming off the bench to secure a point late on (73).

The draw extends Cardiff's winless run away from home this season and they sit 13th in the Sky Bet Championship table ahead of Saturday afternoon's matches, while Lee Bowyer's Charlton remain 11th.

With Neil Warnock having been replaced by Neil Harris as Cardiff boss last week, one of the primary tasks for the one-time Bluebirds loanee was to improve the bleak away form; incidentally, the chance to do that came just down the road from former employers Millwall.

But inside 13 minutes, Charlton were ahead. Suspect defending allowed Macauley Bonne to cut into the penalty area and cross for Leko; he miscued his shot, but Gallagher - the EFL's highest-scoring teenager this season - was on hand to quickly poke home.

Harris was left fuming on the touchline soon after, as his side were denied a penalty when Callum Paterson's ankle appeared to be caught by Deji Oshilaja as he tried to connect with Gary Madine's cross.

The second goal came just before the break and it was almost as simple as the first. Erhun Oztumer had all the time in the world to drive through midfield and play the perfect pass into Leko, who tucked a shot past Neil Etheridge despite pressure from Marlon Pack.

Cardiff looked a different side after the break and imposed themselves on the game, with Paterson earning a spot-kick of his own after a foul from Ben Purrington.

Charlton boss Lee Bowyer made two changes to the side that lost 2-1 to Millwall last time out, as Naby Sarr and Darren Pratley replaced by Deji Oshilaja and Erhun Oztumer.

New Cardiff boss Neil Harris made two changes of his own as he named his first Bluebirds lineup. The changes both came in attack, where Lee Tomlin and Omar Bogle started on the bench, with Gary Madine and Callum Paterson starting in their places.

Hoilett made the save simple for Phillips - who leapt to his right to claim - but Mendez-Laing got on the scoresheet within minutes, blasting home after a breakdown in communication in the home defence.

Tomlin has earned himself a reputation as a super sub for Cardiff and he came up trumps again inside the final 20 minutes of the game in south London, finishing off Joe Bennett's cross to earn a well-deserved point for the Bluebirds.

Man of the match - Nathaniel Mendez-Laing

In a game where there were a total of 38 attempts on goal between the two sides, Mendez-Laing scored what was, arguably, the most important goal of the game when he swivelled inside the area and struck Cardiff's first just a couple of minutes after Junior Hoilett's penalty was saved.

He looked a menace out on the left after he scored early in the second half and was involved in the build-up to Lee Tomlin's goal, too. The goal was his first since the win over Manchester United in May and he'll be hoping for more under Neil Harris.

Charlton's Lee Bowyer: "To be two up at half-time and end up coming away with a point is disappointing But on the positive side we've played against Cardiff, a team who were in the Premier League this time last year, and I felt that we were better than them for large parts of the game. 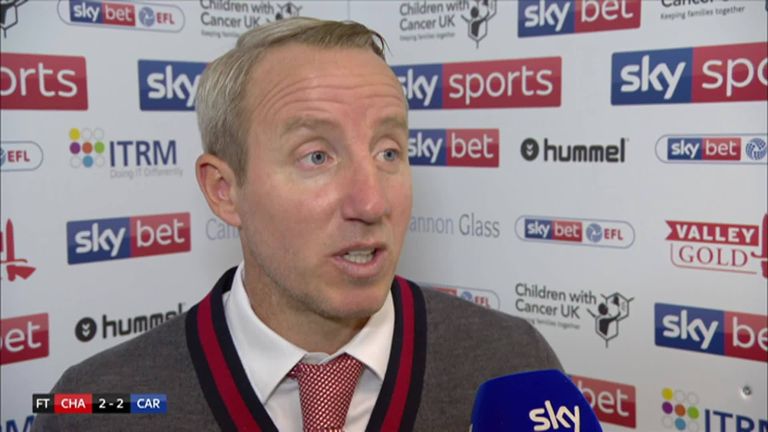 Lee Bowyer says Charlton did not defend properly in their 2-2 draw with Cardiff and losing a 2-0 lead is not good enough.

"Once we scored then I felt like we controlled the game for the rest of the first half. We were so much better than them in the first half they even had to change their shape and match us up. Obviously we were causing them a lot of problems. In the second half again I thought we were good. It was a bit more end-to-end. They had chances, we had chances. I thought the penalty was soft because the two players were pulling each other. Thankfully Dillon saved it but the least we deserved today was a point."

Cardiff's Neil Harris: "Coming from behind it was a point gained definitely. I think it became a bit like a basketball match in the second half, which isn't really how I want to coach and manage. 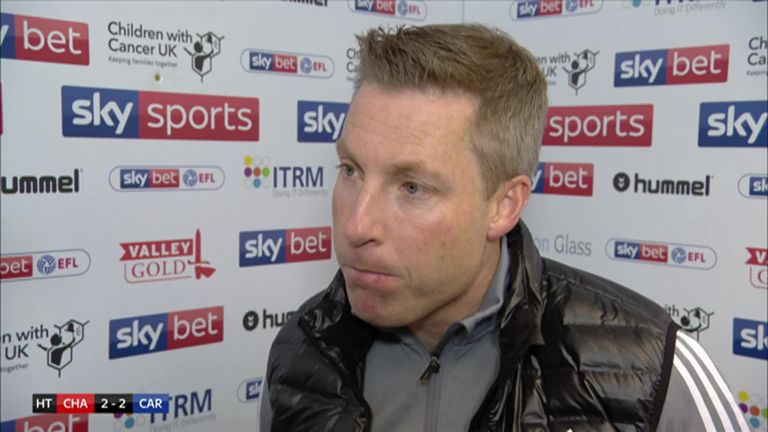 Neil Harris says for Cardiff to come from behind in their 2-2 draw with Charlton will give his team belief and hailed some great moments of quality.

"At half-time the group was a little bit deflated. I think we felt a little bit sorry for ourselves because we certainly didn't deserve to be 2-0 down."

Both sides are back in action on Tuesday night. Cardiff host Stoke and Charlton head to Luton. Both games will be available to watch on the Sky Sports Football Red Button and the Sky Sports App.