Neither Chelsea Women or Barcelona Femeni have won the Women's Champions League before; Both sides won their respective league titles on Sunday; follow Chelsea vs Barcelona in our dedicated live blog across Sky Sports' digital platforms and on Sky Sports News; kick-off 8pm

Chelsea Women will play in one of the biggest games in their history when they take on Barcelona Femeni in the Women's Champions League final on Sunday.

Emma Hayes' side will be looking to follow up their Women's Super League victory last weekend with another major trophy for an ever-growing cabinet.

It is the first time the Blues have reached the European showpiece - this one is to be played in Gothenburg, Sweden - and they are the first English team to make the final since Arsenal's victory in 2007.

The Women's Champions League will have a new name on the trophy too, with neither side winning the title before. Barcelona have previously finished as runners-up.

It is set to be a superb final, and we have all you need to know ahead of the big game... 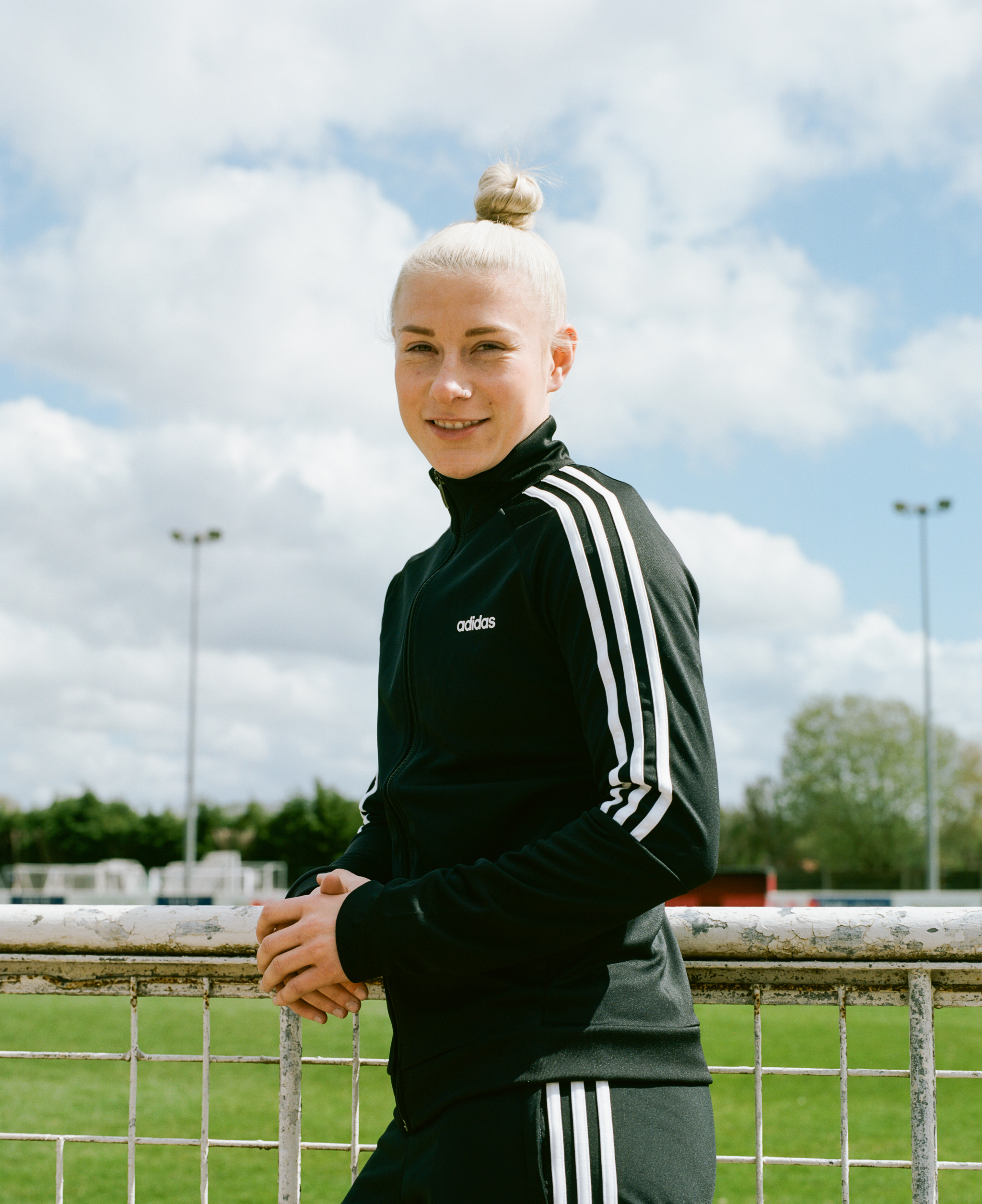 Ahead of the Champions League final, Sky Sports' Charlotte Marsh sat down with some of Chelsea's stars to chat final anticipation, the influence of Emma Hayes and what winning the trophy would mean to them...

Forward Bethany England said: "It's huge. To get an English team into the final itself is massive. It's just such an honour to say you're going to a Champions League final. As a little girl, I would never have dreamed I'd be able to say I'm going to a Champions League final so I think we've just got to relish the moment, enjoy every minute of it whatever happens and fingers crossed that trophy is coming back to England.

"It goes without question that I want to win it more than anything. To be able to have that title on your card is unbelievable and I think it's everyone's dream. People dream of World Cups, FA Cups and all the biggest trophies, you want to be winning everything. It's a childhood dream to be able to say I'm a Champions League winner."

Spence, Leupolz and Charles on winning the Champions League

Charles: "It’s a dream. When you’re younger, you watch the men winning it and in recent times, the Women’s Champions League has been out there more in the media. It’s the ultimate club trophy you can win so it would be incredible."

Spence: "It'll mean everything. I think it's something we've all been working for over the past few years. I think that has always been the key aim so hopefully we will finally get over that last hurdle."

Leupolz: "Of course, I want to win it. It's a big dream and we have big chance to do it. We will try to do everything that we can to achieve this."

"I want it so bad," Erin Cuthbert added. "We've been working so hard for it, we've sacrificed so much, no one realises the hardships we've been through. I didn't see my family for almost a full season, didn't get home at Christmas, I've not been able to see my friends or socialise - we've given up so much for football, we want it so bad that we'd do anything for it.

"This Sunday is no different. It's a game nonetheless, we have to play the game, not the occasion, we can't get too hyped up about it or too over excited about it, but we'll be ready and this is the stage we all belong on." 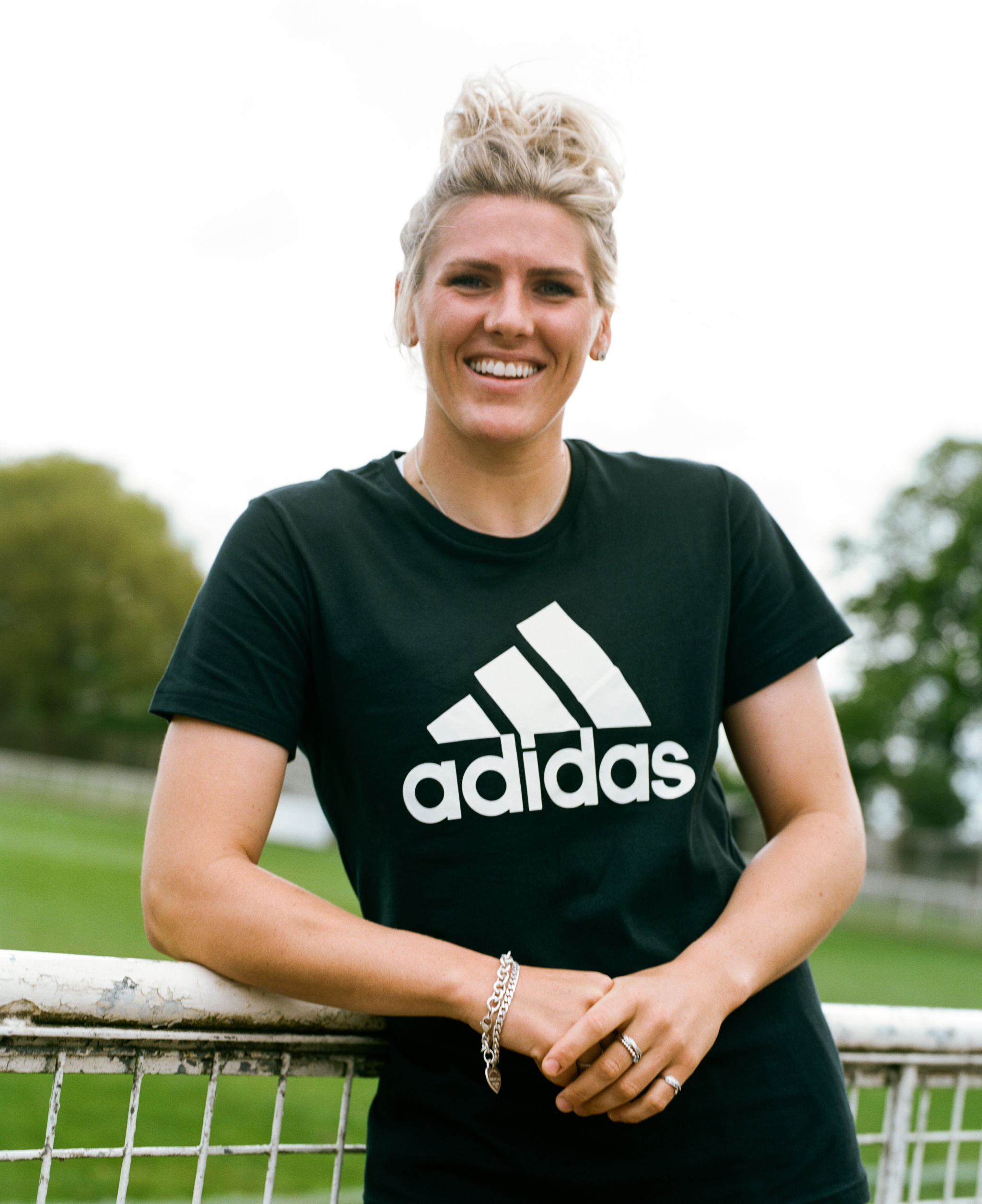 Defender Millie Bright said: "The tables have turned and we represent the English teams and show that we are here to compete and win it. Every club is striving for that, the likes of Arsenal and Manchester United want to be in the Champions League and as an English team, we want the English teams to do well.

"It's everything that we've worked for. Like Emma always says, no matter the trophy we're competing in, it's there to be won and that's our task. It would mean absolutely everything and it would be the biggest trophy in your career that you can win. We're fully focused on that, have a good week and I'm pretty sure we'll go on and do well."

There is plenty more from England, Cuthbert and Bright, plus Chelsea teammates Melanie Leupolz, Niamh Charles and Drew Spence, in our exclusive interview, courtesy of Adidas...

Hayes: It's our time

Chelsea manager Hayes has declared her feeling that "it's our time" ahead of facing Barcelona.

"If I was to reflect on this period, have we got better every week, even when we're not at your best? Yeah," she said.

"The amount of times people say 'oh my god your team played so well' and I was thinking 'no we didn't' - but we won, and that's a special thing to have.

"It's our time. There are so many players in that dressing room that can win the football match for us. We've seen it in recent weeks, the amount of players that have popped up all over the pitch to determine the outcome.

"I really respect Barcelona, I do, but I cannot wait to play them... They have been exceptional not just this season, I think for many, many seasons.

"They have been beaten finalists, they have experience of doing that. For once we're the underdog - in the bookies' eyes, I might add.

"But I think we are approaching our best form. I really believe there's another level in us, I really do.

When Arsenal won the Champions League

The only English team to win the Women's Champions League was Arsenal in 2007.

They beat Swedish side Umea 1-0 in a two-legged final. It was the first final since 2003 to not feature a German side.

Alex Scott scored the only goal of the tie, netting in the 91st minute of the away first leg. Back at Meadow Park, the sides drew 0-0, handing Arsenal an aggregate 1-0 victory.

Manager Vic Akers had a familiar name among his coaching staff too, with Emma Hayes helping Arsenal to the Champions League trophy.

"I'm so looking forward to the weekend, to watch us find that level again, to see us compete for the honour of champions of Europe.

"I'm here to win it and the dressing room are very serious about that too. I think my message will be we've demonstrated we're the best team in England...now to become the best team in Europe you have to show another side again."

Much like Chelsea, it has been an incredible season for Barcelona. They also clinched their league title on Sunday - doing so with eight games remaining - and have won all 26 of Primera Division games this term. In fact, they have won they have 30 league matches across the last two seasons, equalling Levante's record between 2000/01 and 2001/02.

This will be only the second time Barcelona have reached the Champions League final, also doing so in the 2018/19 season, when they lost 4-1 to Lyon. They were knocked out at the semi-final stage by Wolfsburg last season.

"They've been fighting for a long time to reach this level," Reyes told Sky Sports News. "They are a team that - since they lost the 2019 Champions League final to Lyon - have improved a lot.

"They are now one of the top teams in the world. I think this is the best [Barcelona team] we've seen.

Follow the Women's Champions League final on Sunday with our dedicated live blog across Sky Sports' digital platforms and on Sky Sports News.

"But they are handling it well - they have their main team but also their young players are really talented. When someone is injured, they have players who can take that place.

"They are confident to play this final because they've already played one and I think that experience is important.

It says something about the club that they’ve built a huge women’s team, they’ve built a very competitive squad like what you expect when you see anybody in a Chelsea shirt doing sports, you expect them to play to win, to take it seriously, to challenge and to push the boundaries and challenge every competition possible. This is what everybody expects from every team and the women’s team have clearly fulfilled that task this season so big congratulations to them. They are also the [WSL] champions now, which is also an incredible achievement and hopefully we can win both finals together.

"Even though I think Barcelona are favourites to win the final, I don't think Chelsea is going to be easy. It's going to be a great final.

"We're used to seeing finals where Lyon is always the top team and you expect them to win. Now we're going to see a match where you don't know who is going to win."

Sam Kerr - Kirby's partner in crime, Kerr was the league's Golden Boot winner with 21 goals, beating Arsenal's Vivianne Miedema (18). She has scored three Champions League goals this season in the round of 32 against Benfica and twice against last year's finalists Wolfsburg in the quarter-finals.

Jennifer Hermoso - Sharing the top scorer plaudits with Kirby, Spain international Hermoso has also scored six Champions League goals this season. She netted a hat-trick in the last-16 first leg with Fortuna Hjorring and against Man City in the quarter-final first leg.

Asisat Oshoala - English women's football fans may recognise Oshoala from her spells at Liverpool and Arsenal, and she has excelled at Barcelona since her move in January 2019. She has scored four goals in the Champions League this season, including both legs of the quarter-final victory against Man City.

How the teams reached the final

Both teams entered the competition in the round of 32. Barcelona were 8-2 aggregate winners against PSV Eindhoven, winning 4-1 in both legs. Chelsea were 8-0 winners against Benfica, with Bethany England scoring a hat-trick across the two legs. 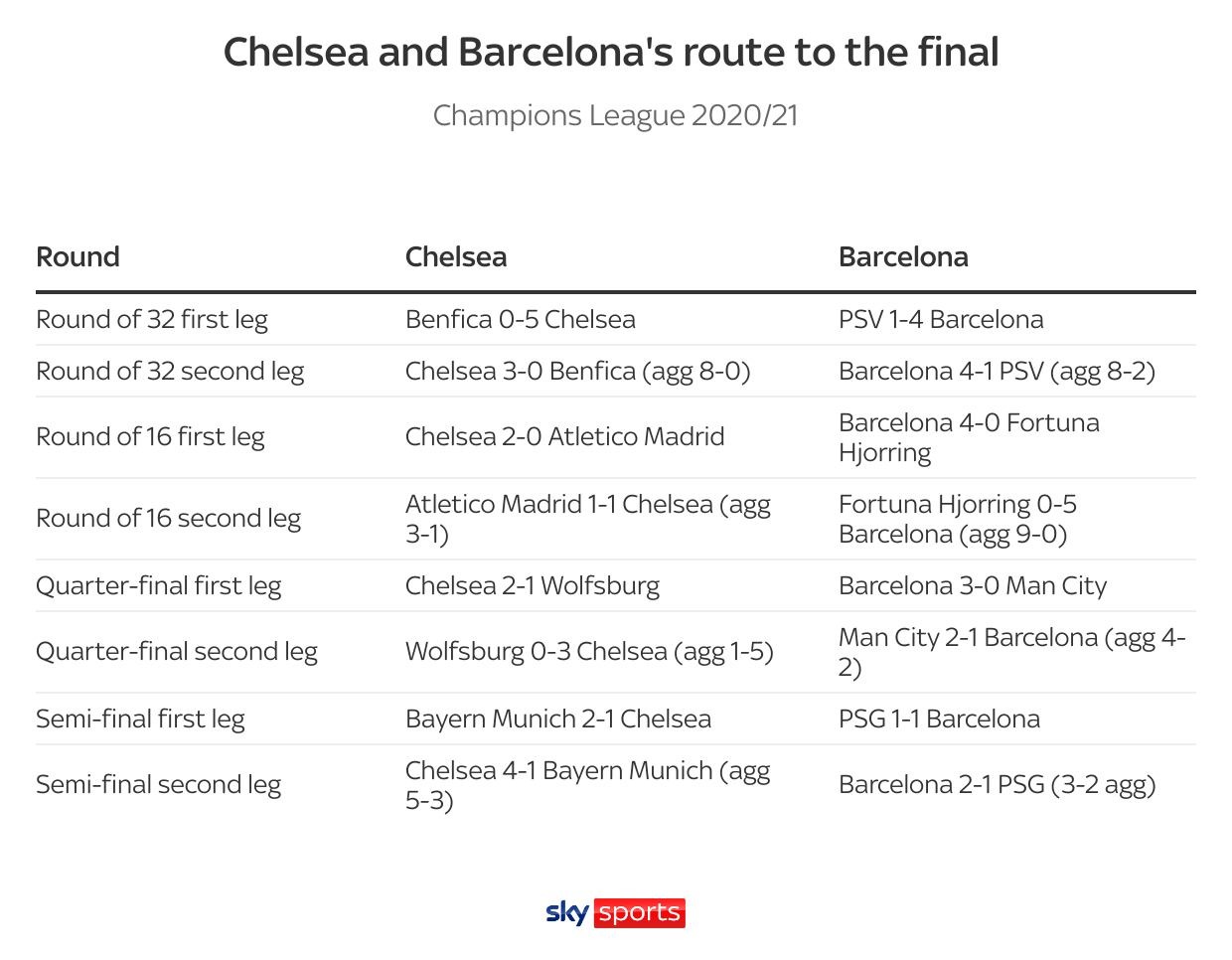 The round of 16 saw Barcelona pick up another huge aggregate victory. They beat Danish side Fortuna Hjorring 9-0 - Jennifer Hermoso scoring a hat-trick in the first leg - while Chelsea had the trickier task of Atletico Madrid. The Blues were 3-1 winners on aggregate, with Maren Mjelde scoring a penalty in each leg.

Barcelona took on Manchester City in the quarter-finals. They were 4-2 winners on aggregate, although lost the second leg 2-1 at the Academy Stadium, which was only their second defeat of the season. Chelsea took on 2019/20 finalists Wolfsburg, but seemed to make light work of the Germans, winning 5-1 on aggregate.

Barcelona's only draw of the season came in the semi-finals against PSG. The first leg in Paris ended 1-1, before Barcelona were 2-1 winners at home to go through with a 3-2 aggregate victory. Chelsea also lost their opening semi-final leg against Bayern Munich, but a sensational 4-1 win at Kingsmeadow saw them through as 5-3 aggregate winners.