Report and highlights as Patrick Vieira's team continue to impress with Wilfried Zaha and Conor Gallagher starring and scoring in home win over Wolves; Palace are now unbeaten in their last six games and move up to ninth 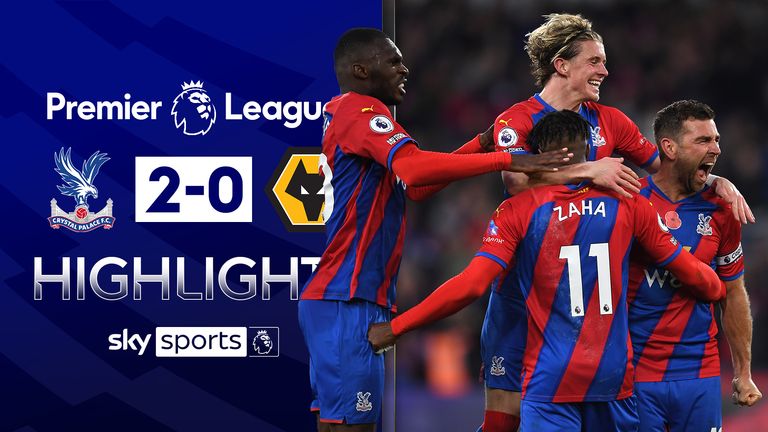 Wilfried Zaha and Conor Gallagher were yet again on the scoresheet for Crystal Palace as they beat Wolves 2-0 to maintain their impressive start under Patrick Vieira.

Zaha got the ball rolling on 61 minutes after VAR awarded his effort from a tight angle after the assistant referee had initially flagged for offside. Palace did not sit back when in front and Gallagher grabbed a deserved second when his strike deflected past Jose Sa off Conor Coady.

Wolves, who only had four shots on goal, were denied a penalty by VAR with the score at 1-0 as referee Graham Scott had originally awarded a spot-kick for a foul by Joel Ward on Rayan Ait-Nouri but replays showed it was outside the area.

The win takes Palace into ninth place in the Premier League and they have lost just one of their last 10 matches, remaining unbeaten in their last six.

How Palace powered past flat Wolves...

There was a buzz in the air at Selhurst Park with Vieira's side returning from a triumphant away day last weekend when beating champions Manchester City.

Wolves approached with caution, taking every opportunity to break up the play which resulted in an incident-free opening 45 minutes. Odsonne Edouard tested Sa with a low drive on 15 minutes as the game struggled to flow with referee Scott awarding 15 fouls in the first half, with bookings for Joao Moutinho and Marc Guehi.

An increase in intensity was required with the game there for the taking and Palace stepped up. Christian Benteke headed straight at Sa following a Gallagher corner as the pressure grew on the Wolves goal.

Zaha was becoming more of a threat having switched wings at half-time and he was the man to break the deadlock. James McArthur provided the pass, splitting open the Wolves defence and Zaha swept home in clinical fashion from the angle. Celebrations were short-lived, though, as the flag had been raised for offside. With the players set up for the Wolves free-kick, VAR deemed Zaha onside from the replay and awarded the goal to the delight of the home fans.

Many teams would have sat back on their lead but Vieira's team are encouraged to keep on attacking and Wolves had no answer, although they did think a penalty was awarded in their favour on 70 minutes. Ward clumsily leaned into Ait-Nouri who was driving into the box and, although a penalty was awarded, VAR stepped in again to correct the decision as the foul started outside the area.

Edouard tested Sa from a tight angle and almost set up Gallagher for a tap-in at the back post. Yet, Palace would not have to wait much longer to get a second. The on-loan Gallagher drove into the box and even though his shot was not one of his best, it skipped off the midriff of Coady and bobbled into the bottom corner.

Wolves were unable to get through a well-organised Palace rearguard and rarely looked a goal threat as their own five-match unbeaten run in the league was brought to a halt.

After last weekend's impressive win at City and this defeat of Wolves, Vieira's Palace are into the top half of the table in ninth spot with 15 points from 11 games.

"Sign him up" was the chant from the home faithful as the Palace players made their way back to the halfway line following Gallagher's goal.

We must be entering into signing-of-the-season territory with the on-loan Chelsea man. Yet again he was everywhere for Palace at the tip of their midfield, setting the tone especially in the second half for Vieira's team to go and win the game. It must be said he was ably supported by the fantastic McArthur, whose tenacity without the ball and class with it, was something Wolves could not match.

"There have been times over the past three seasons or so that a trip to Selhurst Park has been a bit of a chore. The football under Roy Hodgson was pragmatic and assured Palace would not fall through the trapdoor. Selhurst Park is now an exciting place to watch football. Patrick Vieira deserves immense credit for stamping his mark all over the club.

"The fans watching can dream a little bigger now with Vieira at the helm. This victory over a woeful Wolves takes them into the top half. There's every chance they may stay there, too. The football is easy on the eye and possession based which is seeing their attacking players flourish in the areas where they can hurt the opposition. Wilfried Zaha came to life in the second half, scoring the all-important opening goal, before Conor Gallagher, full of life in midfield as ever, settled the match with a deflected effort. The fact Palace went to chase the second goal rather than shutting up shop for a 1-0, shows you exactly what the mentality is here now.

"Attack is the best form of defence for Vieira. Palace are going places."

Palace boss Patrick Vieira said: "We showed that we improve as a team and this is what we wanted to do. From the first game we played against Chelsea it was about how can we improve individually to allow ourselves to be more of a team.

"When we look at how the players work every day in training, we get rewarded with the results. We know the team has potential and the potential is starting to be seen, but we still need to keep that work ethic and momentum going.

"When you look at all the games we played, today we showed maturity as a team and we take one step forward." 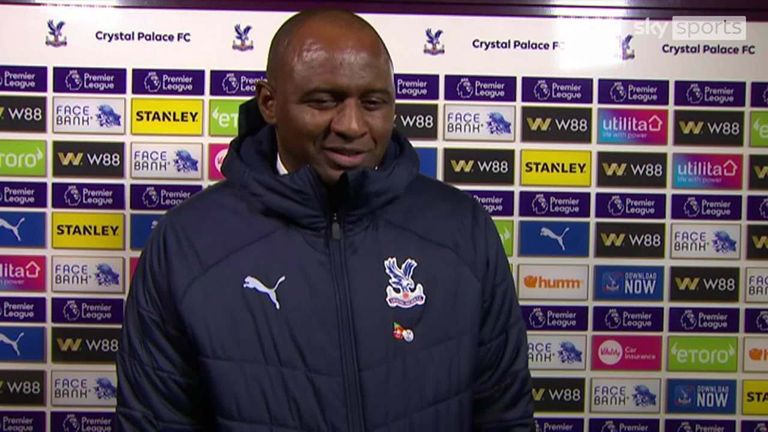 Wolves boss Bruno Lage: "I think VAR is very important for modern football and it can help the referees to be better.

"The second one, okay, sometimes you need to understand what really happened in the action about Rayan.

"The referee saw it was a big fault inside the box, because also the referee doesn't whistle for the first contact, he whistles for what happened in the box." 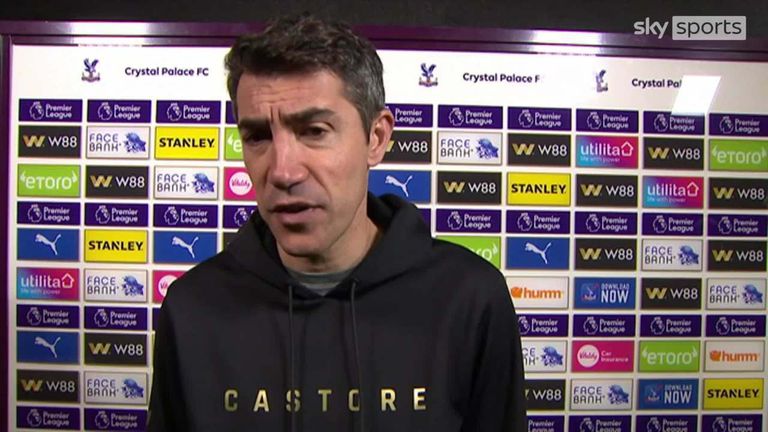 Crystal Palace return after the international break with a trip to Burnley on Saturday November 20, while Wolves host West Ham on the same day.