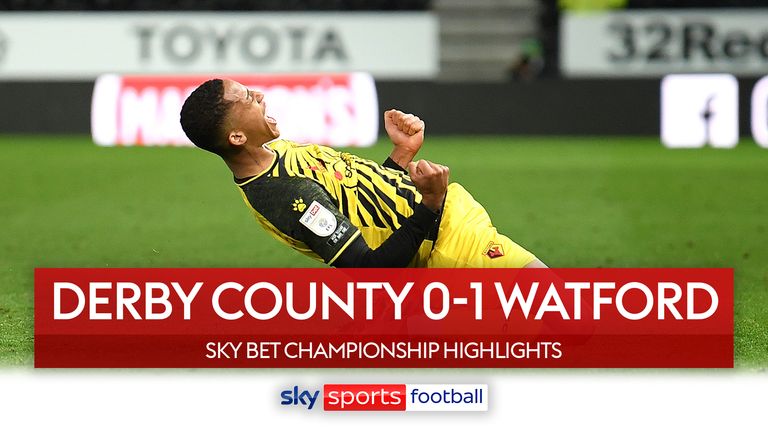 The 19-year-old - who signed from Fluminense in January - collected Ben Wilmot's short pass, turned and curled an unstoppable effort beyond Rams goalkeeper David Marshall to earn Vladimir Ivic's team a third 1-0 win in the opening five games of the season.

It was the moment of quality that lit up a largely uneventful game, though Duane Holmes had struck over the bar in the best chance of the first half and Nathaniel Chalobah was denied a penalty on the hour mark after a block by George Evans.

The victory moves Watford up to fifth in the Sky Bet Championship table, while Derby remain 20th after their fourth defeat in the opening five games.

How a moment of magic rescued Watford

Following on from the domestic transfer deadline, which had closed just a few hours earlier, focus then turned to Pride Park for the first meeting between Derby and Watford in five-and-a-half years.

The two cancelled one another out in an open first half and while Derby's build-up play looked wholly more encouraging, neither goalkeeper was forced into a meaningful save prior to the break.

Holmes came closest to breaking the deadlock before the half-time whistle, though. Jason Knight picked up a loose ball in midfield and located Wayne Rooney, whose square ball was struck narrowly over the crossbar by Holmes.

The second half continued in a similarly scrappy manner, though sparked into life around the hour mark when George Evans appeared to block Chalobah's fierce volley with the help of his hands, but referee Geoff Eltringham awarded a corner, much to the visitors' displeasure.

With both sides lining up with a back three, there was a distinct lack of creativity until the final 15 minutes. Tom Lawrence's introduction injected much-needed energy, but it was the visitors who struck first, thanks to a moment of pure magic from Joao Pedro.

Having fallen behind late on, Derby rallied to force an equaliser and earned a golden late chance to test Ben Foster with a free-kick from 25 yards. But though Rooney had been the saviour against Norwich 13 days ago, England's record goalscorer could only curl his effort onto the roof of the net.

Man of the match - Joao Pedro

"He's got that real quality about him but we didn't use him enough in the first half. He's hungry, he knows what he wants to do and it's really nice to see." 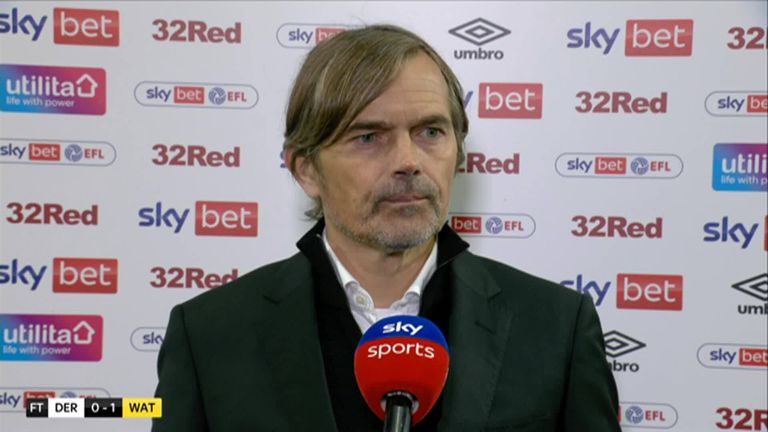 Derby manager Phillip Cocu was pleased with his side's performance in the 1-0 loss to Watford, and said they deserved a point

Derby's Phillip Cocu: "I can't blame the lads - they played a great game. It's what we like to see, where we dominated most of the game and had a great attitude and team spirit. We had a few opportunities but we couldn't score.

"At least we deserved a draw. It's tough on the lads. If it's bad I will tell everybody but I think we played a great game and it was just unlucky we didn't get a point." 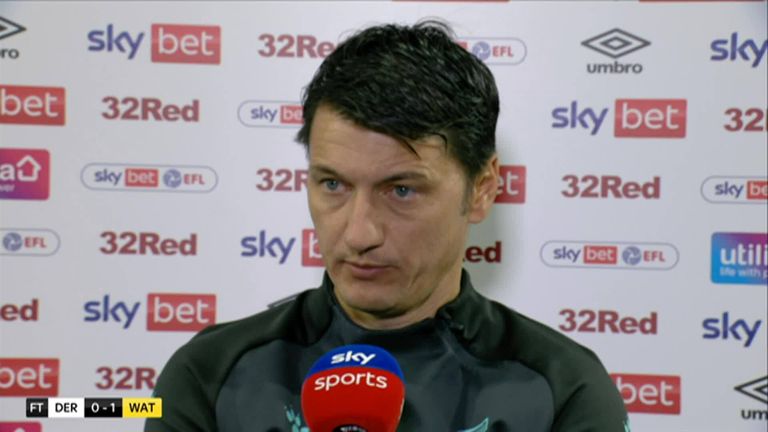 Watford's Vladimir Ivic: "If you ask me now if I'm satisfied with the way that we played, I know that we can play much better and we are working on our game, day by day. I believe in the next games that we will improve some movement, some passing and some finishing. This is what we missed.

"It's a very good three points but football is the future. This game is finished now and we need to think about the next game."