Charlton have the advantage. Watch the second leg live on Sky Sports Football on Friday - kick-off at 7.45pm 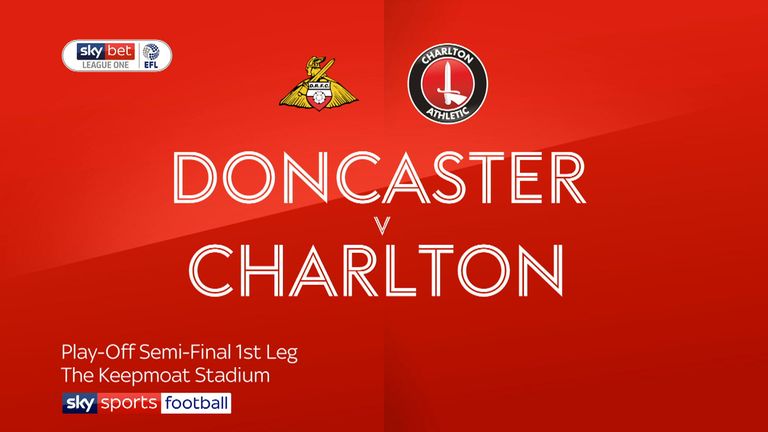 Lyle Taylor and Joe Aribo scored the goals to give Charlton a 2-1 win over Doncaster in their Sky Bet League One play-off semi-final first leg.

Taylor scored the opener and then laid on the second for Aribo, giving them the advantage going into the second leg at the Valley on Friday, which would have been greater if it wasn't for Matty Blair's late strike.

James Coppinger offered the first threat of the game when he controlled the ball on the edge of the box, before making space in the area for himself but he fired his shot across the goalkeeper and wide.

At the other end, Ben Purrington sent in a weak cross to Josh Parker but the former Gillingham man failed to generate pace or accuracy on a header which looped wide.

It was the veteran Coppinger once more who caused issues for the Charlton defence when he dropped into space 25 yards from goal, forcing Dillon Phillips to dive full stretch in order to tip his dipping shot wide.

There was nothing Phillips could do moments later when Danny Andrew rattled the crossbar with a vicious free kick from 30 yards.

Marko Marosi was the next to have his alertness tested when Taylor turned in the box and fired a low shot at goal which the goalkeeper repelled down to his right.

The Doncaster stopper didn't get rewarded for his save in the 32nd minute as a cross found its way to Josh Cullen at the back post, he pulled it back for Taylor whose shot rebounded off Marosi, who was wide of the post at the time, allowing the Charlton striker to head home at the second attempt.

Man of the match: Lyle Taylor

Things got even better for Charlton - and worse for Marosi - as Taylor slipped in Aribo on the right, allowing the 22-year-old to slide a shot across the goalkeeper, which went under his hand and into the back of the net.

Doncaster earned a late goal through Blair when he charged into the box to force home a deep cross from Mallik Wilks from six yards out to add intrigue to the second leg. 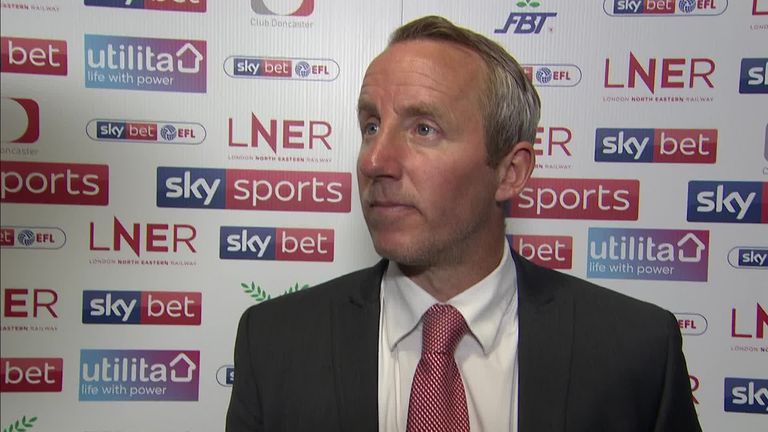 Lee Bowyer: "Very [happy], to come away from home and win the game. I am really happy.

"Yeah, it's [the Doncaster goal] disappointing because we've worked so hard and shut up shop well. They didn't really get too many chances. We nullified them, so it's disappointing after all the hard work we put in.

"The way this club has come back together with the fans and the players, it's great to see.

"That's [pressure] part of the game, that's why you play football, for moments like this. We won't take our foot off the pedal."

Man of the Match - Lyle Taylor

The striker was always alert, despite a quiet opening period he was first to react for his opener, heading home a rebound from his own shot and then saw the run of Aribo, picking him out to score the second.

Taylor could have had a third, to almost certainly finish off the tie, but the ball was just a little too high for him. An impressive day's work, all in all.

The second leg will be held at the Valley on Friday 17 May, live on Sky Sports Football, kick-off at 7.45pm.