Match report as Dundee twice come from behind against St Mirren to earn a 2-2 draw on their return to the Scottish Premiership; Eamonn Brophy and Jamie McGrath goals cancelled out by Joseph Shaughnessy own goal and Jason Cummings strike 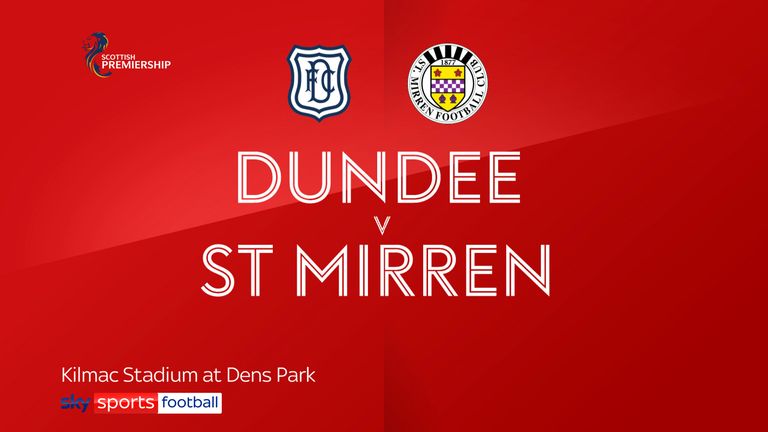 Highlights of the Scottish Premiership match between Dundee and St Mirren.

Ten-man Dundee twice came from behind to secure a share of the spoils from a 2-2 draw against St Mirren in a pulsating Scottish Premiership opener at Dens Park.

The Buddies stormed into an early lead through Eamonn Brophy with the home side equalising just before the break thanks to an own goal by St Mirren skipper Joe Shaughnessy.

The visitors nosed in front once more with a Jamie McGrath penalty before Jason Cummings drew the hosts level again on the hour.

Dundee's Max Anderson saw red with 20 minutes remaining but - despite their numerical advantage - the Paisley side could not find a winner.

The Dark Blues had the first opportunity of the game with just seconds on the clock as Anderson swung a cross in from the right but Paul McGowan's shot was half blocked and flew out for a corner.

Instead, it was the Buddies who made the breakthrough in the fourth minute with Brophy reacting quickest to a flick on from Curtis Main to clinically drill a shot past Dundee goalkeeper Adam Legzdins from just inside the box.

The home side were then forced into an early substitution 13 minutes later with striker Danny Mullen having to be carried off on a stretcher after falling awkwardly and he was replaced by Cummings.

St Mirren had a chance to extend their lead when the Dundee defence was opened up once more but this time, Legzdins made a point-blank stop to deny Main.

Shortly after, Cummings had an opportunity of his own but Buddies goalkeeper Jak Alnwick dove full length to his right to tip the ball to safety.

The Dark Blues finally equalised on the stroke of half-time with Paul McMullan swinging a corner in from the left with the unfortunate Shaughnessy heading into his own net.

However, St Mirren took the lead once more, nine minutes after the break.

The Buddies' Jay Henderson fell in the box under a challenge from Cummings with referee Craig Napier pointing to the penalty spot.

The official then had to step in as the enraged Dundee striker confronted Henderson and - once the dust settled - McGrath stepped up to calmly slot the spot-kick low past Legzdins.

The home side were then reduced to 10 men in the 69th minute when Anderson chopped down Brophy as he broke clear from inside his own half. However, Dundee held on to salvage a point. 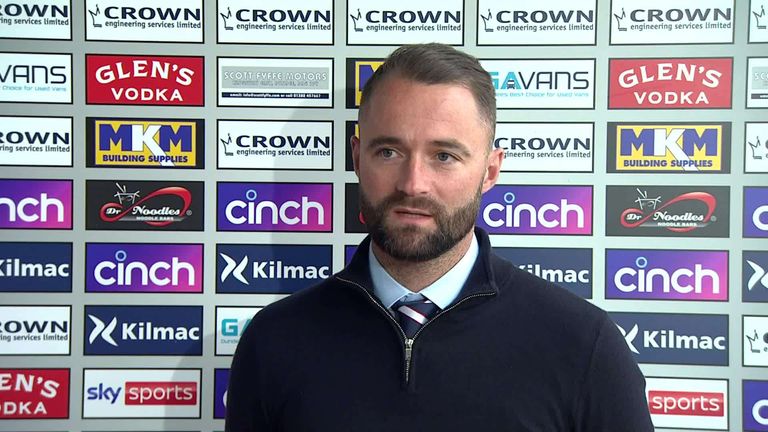 Manager James McPake says he is proud of Dundee's opening day draw against St Mirren but was not happy with the penalty decision awarded against his side.

"I'm not here to bash officials. I give them credit when credit is due.

"I don't want the talking points to be a penalty and a red card as I had 14 players who to a man were outstanding." 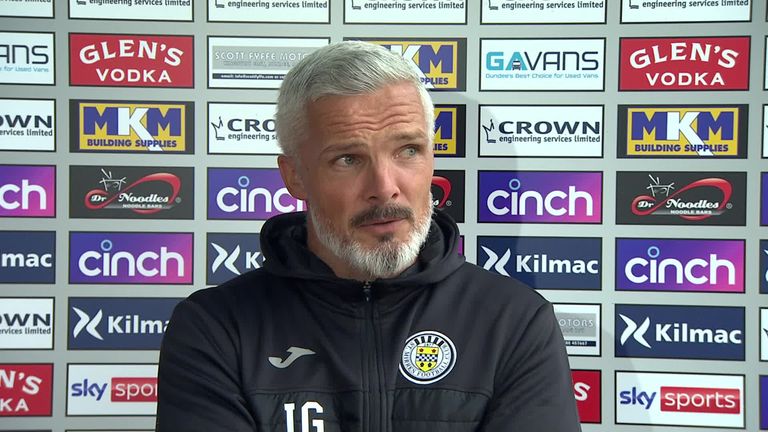 St Mirren boss Jim Goodwin says he is frustrated by an opening day draw at Dundee but says his team will continue to improve.

St Mirren boss Jim Goodwin: "It was a decent game. There wasn't a great deal between the teams in the first half.

"When we have the extra man, you would expect the game to play out the way it did.

"I'm disappointed we didn't win but coming away to a promoted club on the opening day, when there is excitement and buzz, we should be relatively pleased with the point.

"The game has gone soft. James told me he was disappointed and if the shoe was on the other foot, I'd have probably felt the same. But when I watched it back, there is a coming together and in the modern game, it is a penalty."

Dundee now go to Celtic at 3pm on Sunday August 8 in the Scottish Premiership, while St Mirren host Hearts at 3pm on Saturday August 7.