Report as Ella Toone and Georgia Stanway score for England to see them power into the Euro 2022 semi-finals; Esther Gonzalez had opened the scoring for Spain, who have now been knocked out at the quarter-finals in their last three European Championships

Georgia Stanway's extra-time stunner capped off a remarkable comeback from England as they beat Spain 2-1 to reach the Euro 2022 semi-finals.

Spain frustrated the Lionesses for much of the opening 90 minutes. They had the better of the possession and shots, as well as using other time-stalling techniques to stop England from reaching their full potential in an ill-tempered encounter in Brighton.

They took the lead shortly after the break too, with VAR denying England an opener and a penalty shout in the first half. Half-time substitute Athenea del Castillo expertly beat Rachel Daly on the right, before cutting the ball back for Esther Gonzalez. The Spain striker then made no mistake in firing past Mary Earps.

It was the first goal England had conceded at Euro 2022, and up until the 84th minute, looked to be making an early exit from their home tournament. But substitute Ella Toone popped up to slot home Alessia Russo's nod down, sending the game into extra-time.

Spain felt aggrieved by the equaliser being given as they thought Russo had fouled captain Irene Parades in the build-up, but neither referee Stephanie Frappart or VAR felt the same. Spain's substitute goalkeeper Misa Rodriguez was shown a yellow card for dissent while on the bench. 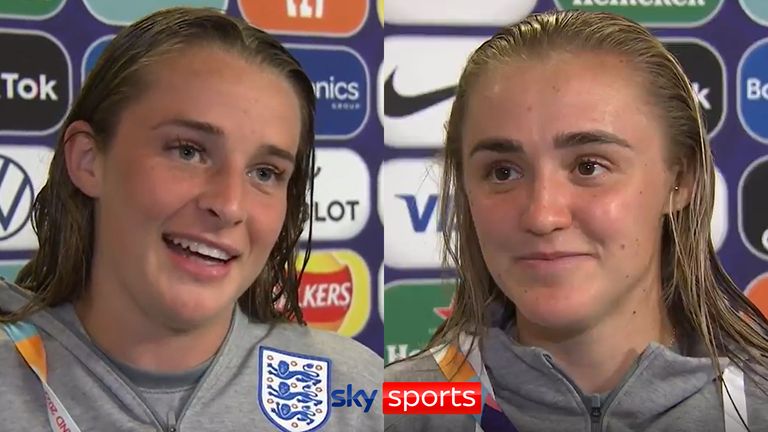 The pendulum continued to swing England's way, roared on by the almost 29,000-strong crowd at the Amex Stadium, as a stunning hit from Stanway sealed the win. Keira Walsh fed her former Manchester City team-mate before the midfield unleashed an unstoppable effort from 20 yards, seeing England through in fine fashion.

"It's definitely one to be proud of. I'll always remember today. We put in a massive, massive shift," Stanway told the BBC after the game. "Unreal. It just shows the level we are at. We get a setback and we come back. Job done."

The Lionesses will now face either Sweden or Belgium in their semi-final on Tuesday at Bramall Lane. As for Spain, they have failed to make it past the quarter-final stage for a third successive European Championships.

How England battled back to reach the last four

It was a largely cagey first half, with neither side wanting to give away the advantage. However, Spain did see the better of the possession, but created little with it.

Inside 10 minutes, Ellen White sent a header flying wide after a superb free-kick from Beth Mead, although the offside flag was up. Just after, Mariona Caldentey fired from 20 yards out, but it went straight at Earps.

England thought they had taken the lead just before the break as the Amex's wild celebrations were brought to an abrupt halt. White converted a free-kick from close range, but the offside flag was up. VAR did not overturn the decision, with Lucy Bronze deemed to have interfered with play from an offside position.

VAR again agreed with the on-field decision on the hour as England's big shout for a penalty was again waved away. Lauren Hemp went down inside the area after a coming together with Ona Batlle, but referee Frappart did not give the spot-kick.

Spain could have added a second with an audacious chip from Del Castillo on the right wing, forcing a pawed save from Earps. Soon after, England saw two attempts blocked before Hemp blazed her effort over the bar in what looked to be the epitome of England's evening.

But then, the fightback began as Toone slotted the Lionesses level before Stanway's stunner saw the Lionesses ahead. Spain pushed for an equaliser to force penalties but England's defence stood firm, sending them into the final four. 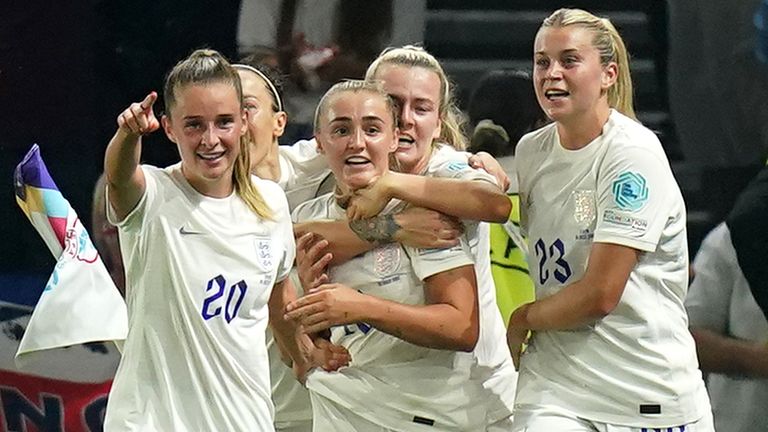 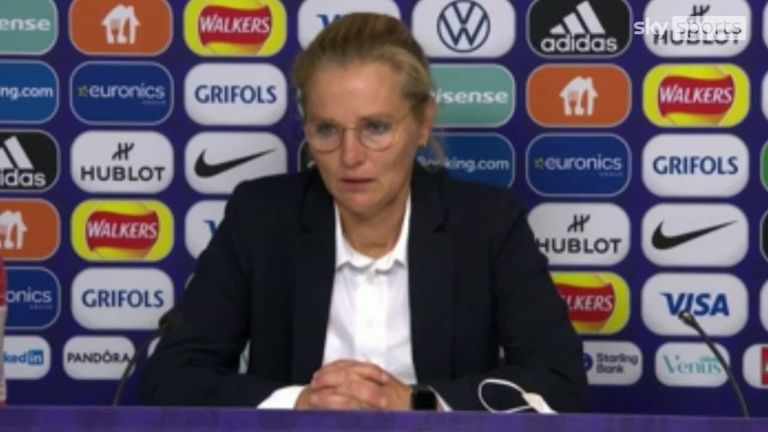 "We showed resilience, we showed we could come from behind. From the 80th minute, we changed shape and scored very quickly. Then we went back to that, and in extra-time at the moment we scored we were a little better. We were a little fresher, then they had to score again and were pushing.

"For the fans in the stadium and watching on TV, it was an incredible game. The fans here were so behind us, it was incredible to experience.

"Every game, the subs have had an influence. It shows the depth in our team, the eagerness of every player to start or come on. Everyone is also on the same page all the time, and want to make a difference. I'm just really happy with that, we're all supportive, everyone knows their task, otherwise you can't do what you bring on the pitch.

"I don't make the decisions on my own, we have a technical staff communicating what we want to do before a game, during a game we talk about scenarios - it's teamwork too.

"What the fans did for us was really home advantage, it was really incredible to experience and it really helped our team."

Vilda: We're proud of what we saw on the pitch

"It's a disappointing defeat and to go out of this competition. If there's a good way to lose, I think it's by playing the sort of game my players have done tonight. We're all very proud of what we saw on the pitch, everyone has improved, we gave everything, it wasn't to be and now we have to keep our heads held high and we will analyse it further going forward.

"We have a very good team here, there's a bright future ahead based on what we've seen at this tournament. It's a difficult day for us, we'll have to just digest it over the next few days and see where we can improve. 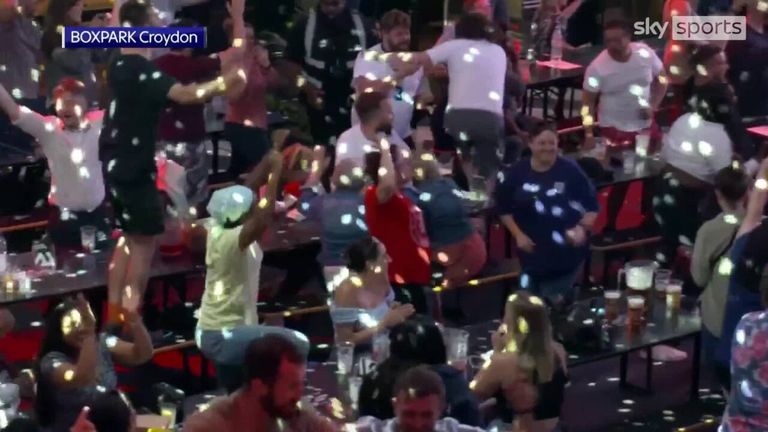 "When there are just a few minutes left, you're thinking about how not to concede a goal. Then a cross came in, the ball was knocked down and we went into extra-time.

"We can take the good performance from our players, and there's a bright future ahead. We scored the goal, but then we were losing possession and finding it hard in midfield to get the ball. England were looking dangerous from wide areas and corners, so then we took off players who we thought would help us less in those areas.

"We would've liked to have had more of the ball, I think the key would've been scoring a second goal to finish off the game. It wasn't possible, and that led to what happened afterwards."