Report and highlights from the Sky Bet Championship clash between Huddersfield and Hull City at the John Smith's Stadium as goals from Tom Lees and Duane Holmes steered the Terriers into the play-off places. 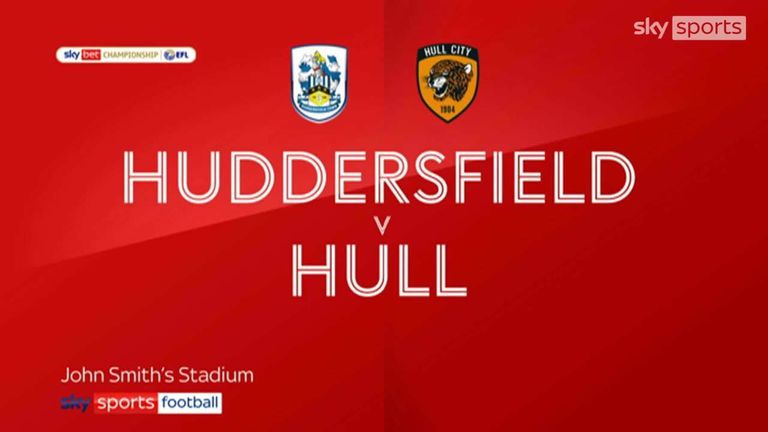 Highlights of the Sky Bet Championship match between Huddersfield Town and Hull City.

Huddersfield moved into the Championship play-off places following a battling 2-0 win at home to Hull.

Tom Lees got the Terriers up and running following a goalkeeping blunder by Matt Ingram in the ninth minute.

Duane Holmes then made the game safe with a fine curling effort with 17 minutes to go.

The visitors had enjoyed plenty of possession between both goals.

But they lacked a cutting edge throughout, with a Keane Lewis-Potter free-kick the only time Huddersfield goalkeeper Lee Nicholls was seriously tested.

It wrapped up back-to-back home wins for Town and left Hull continuing to look over their shoulders.

Levi Colwill picked up a booking after just 45 seconds for a high boot on George Honeyman.

Richie Smallwood was lucky to escape with a telling off three minutes later after chopping down Lewis O'Brien in full flow.

Lees bundled Huddersfield in front from under the crossbar after Ingram failed to claim a Danel Sinani corner.

Nicholls got down well to turn a dangerous Andy Cannon shot to safety after 20 minutes.

He then saved a curling free-kick from Lewis-Potter as Hull started to see more of the ball.

Ingram tipped over a deflected Sinani shot for a 42nd-minute corner after Town broke through midfield.

Honeyman was booked a minute later for a late lunge on Jonathan Hogg, before Holmes curled the resulting free-kick just wide.

Nicholls tipped over a Jacob Greaves header on the stroke of half-time.

Hull started the second half brightest but continued to waste good possession with their poor final ball.

Smallwood was subbed a minute after receiving a final telling off from referee Robert Jones.

Matt Pearson did well to prevent Honeyman from getting a shot away as Hull opened Huddersfield up after 60 minutes.

Colwill smashed high and wide after Harry Toffolo's cross landed at his feet.

Holmes curled a beautiful shot home in the 73rd minute following a darting run across the edge of the box.

George Moncur fired over on the turn for Hull, before O'Brien failed to find his range from distance.

Tom Eaves was inches away from pulling a goal back after he turned well and shot with four minutes to go.

Mallik Wilks drilled just wide from the edge of the box in stoppage time.

Huddersfield's Carlos Corberan: "Being in the top six doesn't change anything. We will have a very demanding game against Birmingham on Wednesday. It will be a tough game and the key now is how we recover and use the next three days. The players are thinking game by game. We just want to arrive at the games with the best level we can find to compete.

"We are strong in the games when we have energy and full concentration and we are not thinking about the play-offs."

Hull's Grant McCann: "We gave ourselves a mountain to climb and I am disappointed. We felt there was a foul in the build up, but we should have defended the corner better. Matty (Ingram) has got to punch it away.

"They started strongly but we rallied after the first 10-15 minutes and got into some good areas. We got good balls into the box and it is really disappointing we didn't get on the end of the crosses. Between boxes the play was good, but we have to be more ruthless at this level. We don't feel we are that far away."