Report and free match highlights from the Sky Bet Championship play-off semi-final second leg clash between Huddersfield and Luton Town at the John Smith's Stadium as Jordan Rhodes scored late to send the Terriers to Wembley. 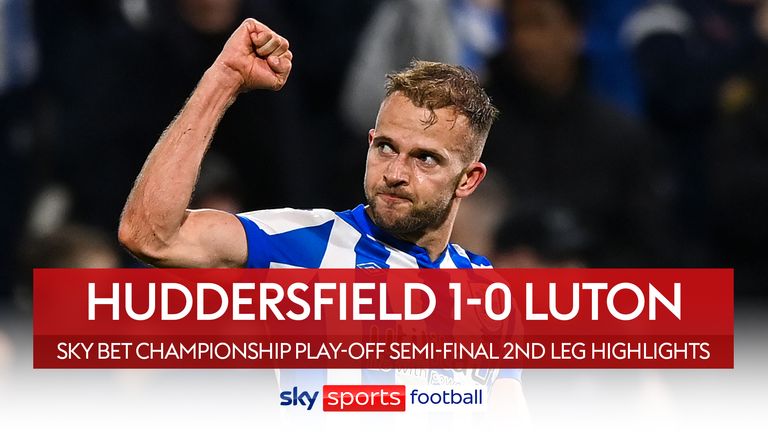 Jordan Rhodes struck late to seal a 2-1 aggregate victory for Huddersfield and send them to the Sky Bet Championship play-off final at the expense of Luton.

After a 1-1 draw in the first leg on Friday night, it was the Hatters who dominated the majority of proceedings at the John Smith's Stadium, but failed to make their opportunities tell.

And they would pay for that late on as Rhodes struck with eight minutes to go to seal their spot in the final. They will face Nottingham Forest or Sheffield United - who meet in the second leg of their own tie on Tuesday night - as they continue their bid to return to the Premier League after a three-year absence.

For Luton, it is the end of a fantastic campaign that saw them defy all the odds to reach the play-offs in the first place. Their journey will continue in the Championship next season and their 30-year absence from the top flight goes on. 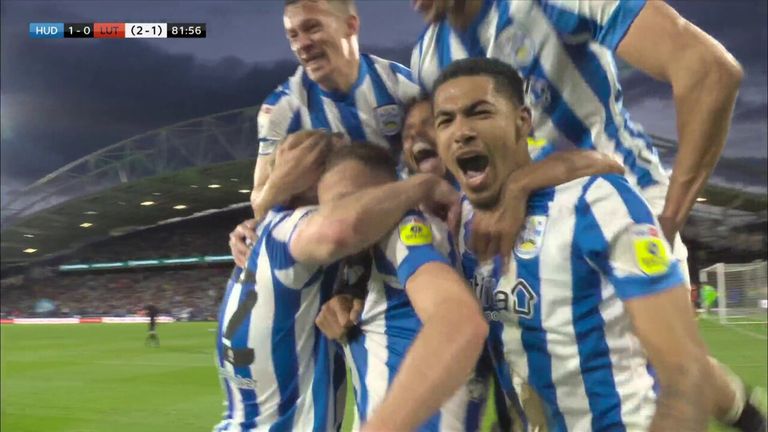 Luton's away record against the best sides in the league had not been great this season, but they started brilliantly on Monday night and should have taken the lead in the tie on 11 minutes when Kal Naismith and Allan Campbell linked up before the latter found Harry Cornick unmarked in the middle, but he could only shoot straight at Lee Nicholls - when a finish either side would have been a certain goal.

Huddersfield's only real opening of the half in which they were second best came on 37 minutes, as Harry Toffolo picked up the ball 35 yards from goal and glided past two markers to get into the box. But he could also only shoot right at Matt Ingram.

Toffolo and Ingram then became embroiled again on 75 minutes after the Luton goalkeeper had made two excellent saves, he appeared to clumsily bring down the Huddersfield left-back. The away side screamed for a penalty, but referee Peter Bankes waved their claims away.

But Huddersfield would not be left to rue that moment as Rhodes - who came on as a first-half substitute for the injured Danny Ward - arrived at the far post to slide in and finish from Sorba Thomas' free-kick and send the Terriers to Wembley. 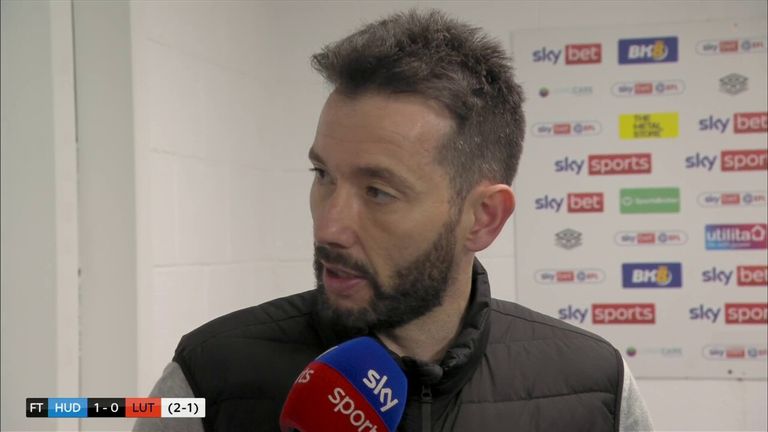 Huddersfield's Carlos Corberan: "Our target was to get to Wembley to play in the final and we've achieved that. As a club we try always to learn from everything we are doing and use that experience to improve, and that's what we've done this year.

"The players are the key. I've had a very good group of players to work with, with amazing character. We are determined to do something special this year, and with this group of players everything was easy.

"The first half was a challenge. They were better than us. Second half we tried to press more and the game was more balanced. I don't think either side was better [after half-time]. It's been a very competitive semi-final." 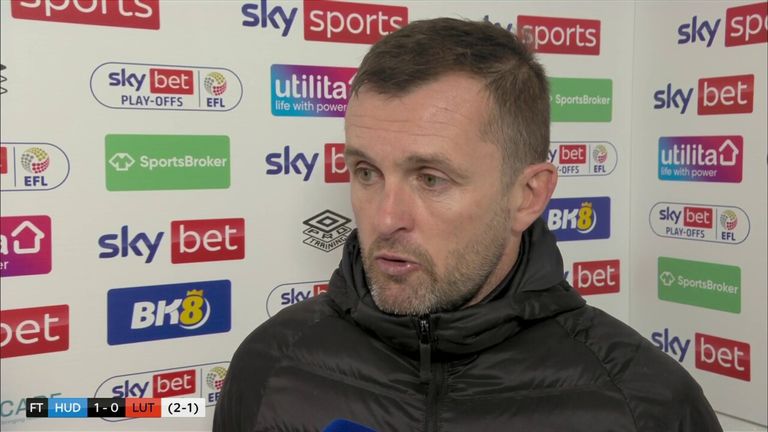 Luton's Nathan Jones: "First and foremost let's congratulate Huddersfield because they've been excellent all season and they're going to Wembley. Secondly, I couldn't be more proud of my team. We were the best side tonight and we missed chances first half. There was a bit of sloppiness inthe second half, then they scored from a set-play.

"I'm so, so proud of the team and how they've gone about their work. We've had to contend with absolutely everything. We've got eight missing tonight, and the margins have been so tight. But it's not sour grapes, I'm just so proud of my team and I thought we were brilliant tonight. We'll come back stronger for this. We start work again tomorrow to be even better next year."

'Man of the match Rhodes made the difference' 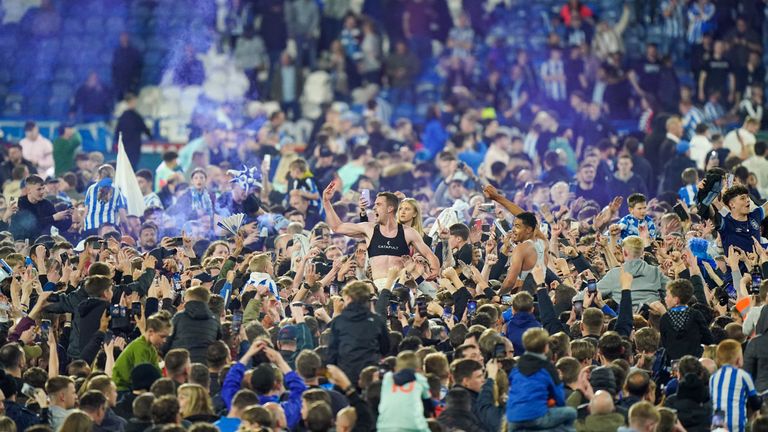 "For me, it is all about Jordan Rhodes. He is a wily old fox and I think, in the end, that is what it has come down to; a team that has got a real goalscorer who has done it for so many years and maybe one who have missed theirs at a real vital time in the season.

"You have to take your hat off to the quality of the delivery, but also the movement, desire and, of course, the finish from Rhodes to get that goal."

"He is totally different to Danny Ward. Ward gets involved in the game a little bit more, he drops in and runs the channels, whereas Jordan wants to stay against the last centre-half. I said he needs one chance and, to be fair, it was half a chance.

"That was desire to get on the end of it. He stretches out his leg and that instinct just to find the bottom corner is amazing and that is what he does. That is what he has always done at this level. He is not necessarily the player you will see all game, but when it comes to taking chances, he is one of the best."

'Huddersfield job not done' | 'Luton were the better side'

"It is what they have worked all season for. They would have dreamed of this for so long, but the job is not done. They can enjoy tonight, but there is still another game to play at Wembley."

"It is an amazing feeling for Huddersfield, particularly after they conceded so many chances in the first half. Luton were the better team, but to come out on top will be a massive relief for Huddersfield."

Huddersfield will head to the Sky Bet Championship play-off final to face Nottingham Forest or Sheffield United at Wembley on Sunday, May 29 - live on Sky Sports Football.