The Foxes got off to the perfect start at the King Power Stadium when Ayoze Perez ended a 15-game goal drought inside nine minutes with an emphatic volley into the Napoli - his first-ever European goal.

Summer signing Patson Daka looked to have doubled Leicester's lead on the hour, only for his strike to be ruled out for offside, but, five minutes later, Harvey Barnes found the net at the end of a flowing counter to leave the Foxes on course to victory.

Napoli spurned a host of chances throughout the game but managed to reduce the arrears within five minutes as Osimhen lofted his first over Kasper Schmeichel. And, with three minutes remaining, he rescued a point with a superb towering header.

Leicester's collapse was compounded by the stoppage-time dismissal of Wilfred Ndidi - who misses the next game against Legia Warsaw - for a second bookable offence, adding insult to injury on a night victory slipped away from Brendan Rodgers's side.

Police and stewards had to control a disturbance between the home and travelling fans at full time with missiles thrown between supporters. Missiles were thrown from both sets of supporters as tensions flared at the end of the game.

Leicester and Napoli started the tournament as joint favourites to lift the trophy in Seville in May and went at each other as if to prove their credentials.

The former Arsenal goalkeeper flung himself at Barnes' feet to turn his close-range shot wide after Perez bullied his way through and Kelechi Iheanacho helped on his cross.

But Ospina could not thwart the Foxes for long and they grabbed the opener after just nine minutes. Barnes burst forward, swapped passes with Patson Daka and delivered a deep cross for Perez to volley in at the far post.

Napoli responded well and the lively Osimhen slashed wide before teeing up Malcuit to shoot over after 29 minutes. Osimhen continued to be a menace and, when he beat Jonny Evans to cross, only a combination of Timothy Castagne and Schmeichel kept out Zielinski.

Napoli, who had won all three Serie A games this season, had slowly taken control and skipper Lorenzo Insigne drilled wide as the Foxes struggled to regain a rhythm.

The Italians were in command but were becoming wasteful with Nigeria international Osimhen firing another opportunity over before Schmeichel ensured Leicester went into the break ahead.

The Foxes had lived dangerously and survived another warning when Malcuit's cross found Lozano drifting into space and his header was parried by Schmeichel.

Leicester, playing their first home European game with fans since their Champions League quarter final with Atletico Madrid in 2017, needed a remedy.

Boss Brendan Rodgers recognised it, replacing Perez and Jonny Evans with Youri Tielemans and Caglar Soyuncu at the break, but Leicester initially failed to stem the tide. Yet, the Foxes thought they had doubled their lead after 59 minutes.

Tielemans was involved, poking the ball through to Daka for the striker to drill in, only to be denied his first Leicester goal by a marginal VAR offside call. Five minutes later, though, the Foxes did find their second goal.

Iheanacho won the ball in midfield and his perfect pass found Barnes on the left for the winger to tease Malcuit and drill into the corner.

Napoli had paid the price for their profligacy but they pulled a goal back in style with 21 minutes left. A slick move on the edge of the box involving Insigne, Elif Elmas and Fabian Ruiz ended with Osimhen holding off Jannik Vestergaard and lifting the ball over Schmeichel from six yards.

Unsurprisingly, Napoli pressed for the leveller and Schmeichel turned Elmas' shot away but the Foxes could not hang on. Osimhen had been a constant threat and he netted again with three minutes left to level, heading in Matteo Politano's cross from eight yards.

Ndidi was then dismissed in stoppage time for collecting a second yellow card after he pulled back Adam Ounas. 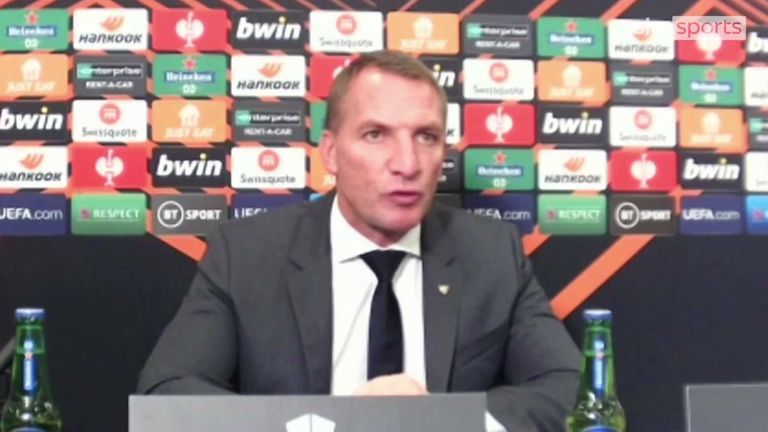 Leicester manager Brendan Rodgers: "It was a really good measure for us. Napoli are arguably the favourites for the competition, but we were very competitive.

"We are disappointed to lose the goals but there is still a lot for us to be happy about and lots for us to analyse where we can do better.

"It was a really exciting game for the neutral, I was really pleased with the team in terms of the mentality, the goals and the resilience for a lot of the game.

"I didn't think the referee was very good all night and Wilf was unfortunate, he picked up the booking early on and was fighting to get across to stop the attacker getting away. It was a little bit harsh." 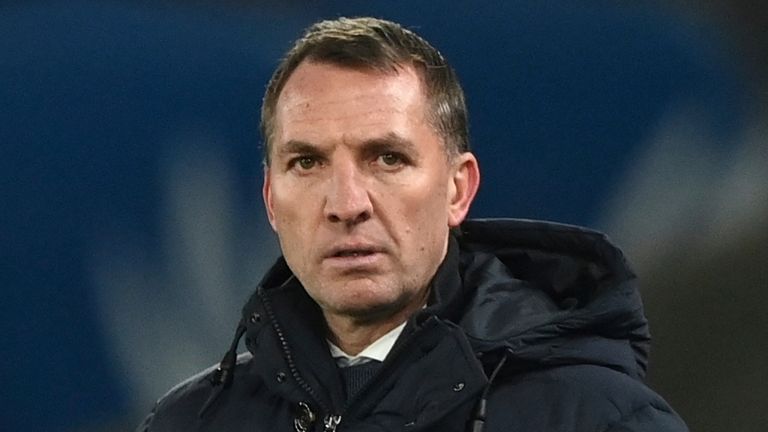 Leicester resume their Premier League campaign away to Brighton at 2pm on Sunday. Their next Europa League game is away to Legia Warsaw on September 30.