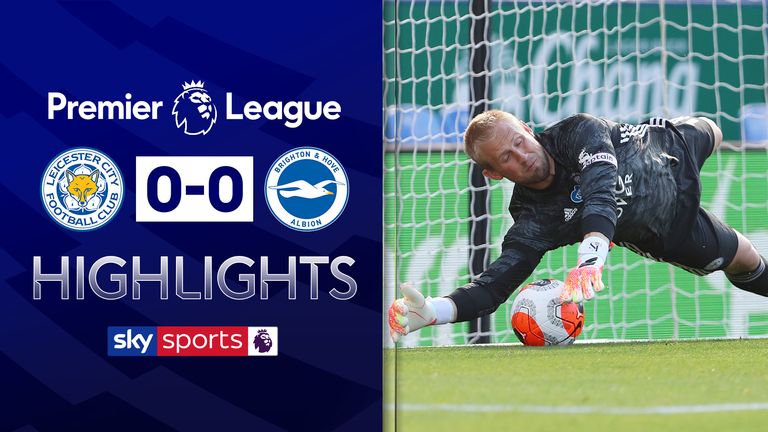 Brighton pulled further clear of the relegation zone with a 0-0 draw at Leicester but it could have been more if Neal Maupay had not missed a penalty.

The game's key moment arrived early (14) when James Justin was adjudged to have fouled Aaron Connolly but Maupay - who scored the winner in Brighton's first win of 2020 on Saturday against Arsenal - could not find a way past Kasper Schmeichel.

That effort was only one of three shots on target in a very tactical game that involved little goalmouth action.

The result leaves Leicester in third place, four points above Chelsea in fourth but Brendan Rodgers will be worried about their stuttering form that has seen them win just once in their last seven matches.

For Brighton, their positive momentum since the resumption continues as they are now six points above the relegation zone.

How Brighton picked up vital point...

This fixture was as much a battle on the pitch as it was off it with two forward-thinking British managers pitting their wits against one another. It was Graham Potter that had the edge in the opening 45 minutes over Rodgers - who was managing his 50th Premier League game as Leicester boss - with his side playing a more direct game into their lively front two of Maupay and Aaron Connolly.

It was via this route that the first big opportunity was created when Aaron Mooy sent one over the top of the Leicester defence for Connolly to chase. Despite looking favourite to deal with it, Justin got into a tangle with Connolly, who drew the foul as the pair's momentum took them into the penalty area.

Referee Lee Mason awarded the penalty - a decision backed up by Jon Moss in the VAR booth.

Maupay's confidence should have been flowing after his goal on Saturday but his attempt from 12 yards was weak and all Schmeichel had to do was dive the right way, which he did, to rescue his team from falling behind.

Leicester's rhythm in the final third looked off their usual levels, a visual backed up by a lack of touches for Jamie Vardy, who had just one touch of the ball in the opening 30 minutes.

However, they could have taken the lead in injury time but Caglar Soyuncu got his header from close range all wrong after a Wilfred Ndidi shot looped towards him at the far post.

The hosts looked more akin to their normal flow as the second half progressed and Ben Chilwell, on the scoresheet in the 1-1 draw at Watford on Saturday, spurned a good chance when the ball dropped to him 12 yards out after a nice knockback by Vardy.

With James Maddison playing more central as the clocked ticked down Leicester looked the more likely to steal the points, pinning Brighton deep inside their own half. But all they had to show for it was an appeal for a penalty when a cross in second-half stoppage time hit Lewis Dunk's flailing arm but Mason waved it away, a decision upheld by VAR.

No wonder Frank Lampard was disappointed to lose the Chelsea youngster in January on a permanent deal to Brighton. Lampard described the 19-year-old as "fearless" when making his debut at Arsenal off the bench and that was the word to sum up his first ever Premier League start for his new club, who look to have pulled off a wonderful bit of business.

He was at the forefront for Brighton from the right, having more touches than any of his team-mates and looked to be positive with every opportunity to roam forward. Defensively, he was near faultless too, quelling the threat of Ben Chilwell. Lamptey also became the first teenager to feature in a Premier League game for two different clubs in the same season since Harry Kane in 2012/13 (Tottenham and Norwich). 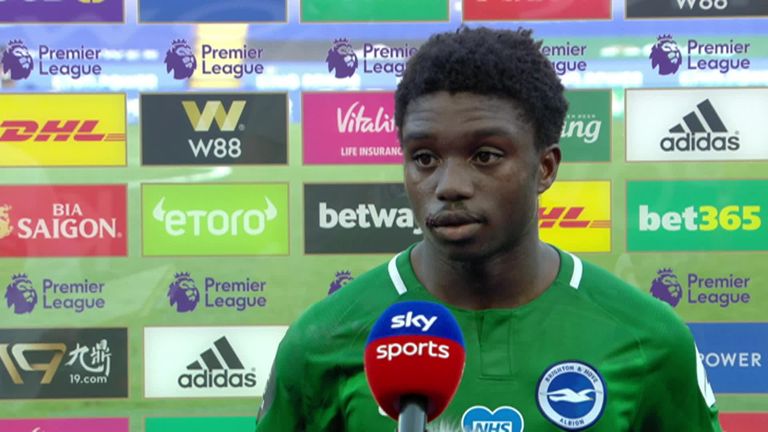 Leicester manager Brendan Rodgers said: "I didn't think we were very good in the first half. We got into some good positions, but didn't have very good movement off the ball. Kasper made a good stop from the penalty.

"I thought second half we were much better. It felt like it was coming, but we didn't quite make the final pass. A clean sheet, fitness was good and subs tried to make an impact and we didn't concede so we'll take a point.

"We haven't won the games, but we've showed a good mentality to not concede so much and hopefully after more training we can find the goals to get back to winning." 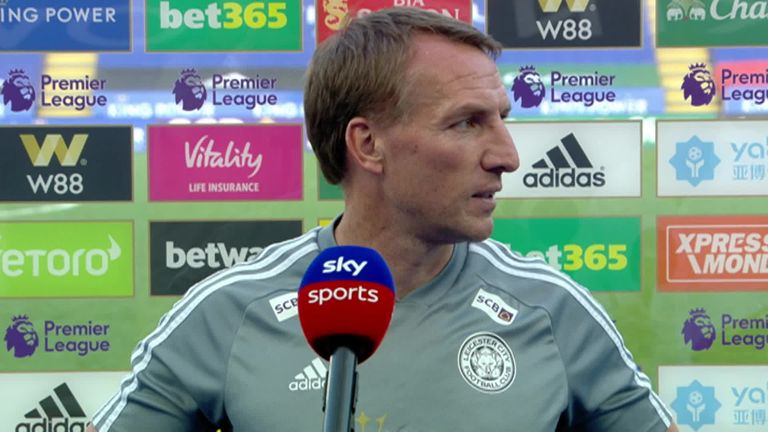 Leicester City manager Brendan Rodgers says that his players didn't have that bit of quality to open up a resilient Brighton in their 0-0 home draw in the Premier League.

Brighton manager Graham Potter: "Four points from two games is good, especially when you consider the opposition, but every game is tough. We have to fight for every single point. 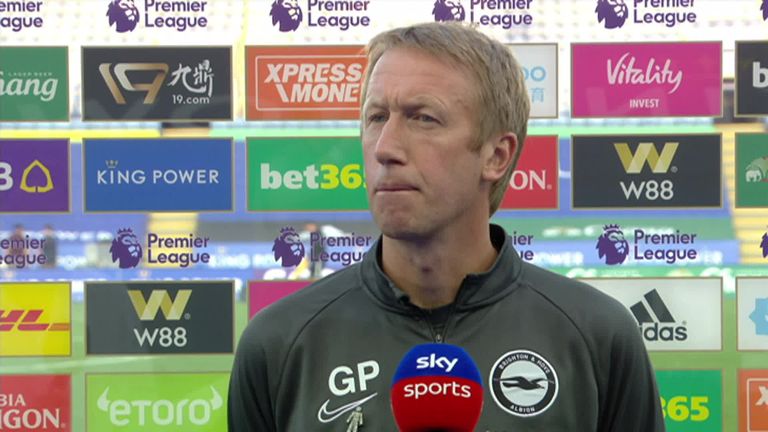 Leicester have an FA Cup quarter-final to look forward to against Chelsea on Sunday. Meanwhile, Brighton are at home to Manchester United next Tuesday, live on Sky Sports.