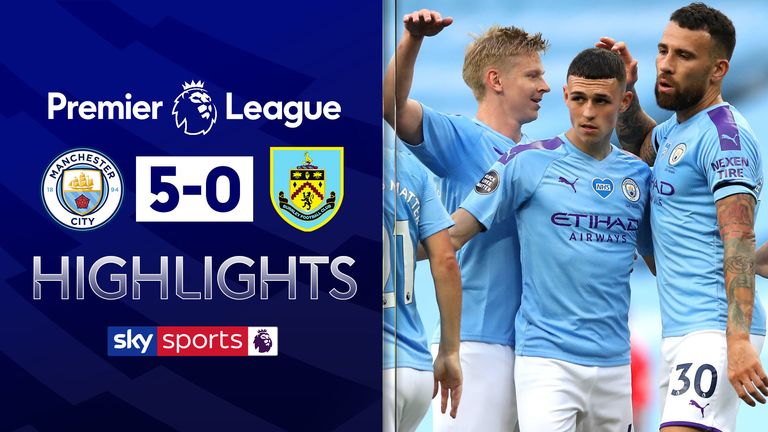 Phil Foden and Riyad Mahrez were the stars of the show as they both scored doubles in Manchester City's 5-0 thrashing of Burnley.

Pep Guardiola made eight changes from the 3-0 win against Arsenal on Wednesday with Foden handed a rare Premier League start. It took only 22 minutes for him to justify his selection with a thunderous finish from the edge of the area.

It was Mahrez who scored a quick double before the break to put City in control, lashing home the first (43) before dispatching from the penalty spot (45+3) after Ben Mee was penalised for catching Sergio Aguero on the foot following a VAR review.

David Silva (51) added another shortly after the restart before Foden (63) rounded things off with a close range finish to make it a third successive 5-0 win against Burnley at the Etihad in all competitions.

The victory means Liverpool cannot win the Premier League title against Crystal Palace this week with City trailing them by 20 points. Should Guardiola's side also win against Chelsea on Thursday, it could all come down to Liverpool's visit to the Etihad on Thursday July 2, live on Sky Sports.

It took a little while for the game to get going, and City had some flashes of goal. In the 16th minute, Joao Cancelo tried his luck from 30 yards but it flew well wide before some superb play from David Silva saw him play in Bernardo Silva, but the Portuguese's right-footed shot flashed past the near post.

Not long after, Foden put the hosts ahead, scoring in a second successive Premier League game. Mahrez took a short corner to the waiting Bernardo Silva, who pulled the ball back for Foden in an acre of space at the top of the area. Burnley were caught out by the set piece as the 20-year-old powered the ball through the box and into the back of the net, well past the outstretched hand of Nick Pope.

City quickly added two more goals before the break. The second was another wonderful piece of play from the hosts as a floated cross-field pass from Fernandinho released Mahrez down the right. He cut towards the area, dummying Charlie Taylor, before lashing a shot into the bottom corner.

Things went from bad to worse for Burnley on the stroke of half-time as City were awarded a penalty after Ben Mee caught Aguero on the foot inside the area, with a VAR review spotting the foul. Burnley were furious at the decision, but it was enough for Aguero to go off injured. Mahrez then stepped up to dispatch the penalty past Pope and extend City's already commanding lead.

Six minutes after the break and City added their fourth. Foden was involved once again as his disguised pass set Bernardo Silva away in the area. He then squared the ball for a waiting David Silva, who hammered it home into the roof of the net.

5 - Manchester City have score 5+ goals on 17 different occasions in the Premier League since Pep Guardiola joined at the start of the 2016-17 campaign; eight more than any other side. Bullies. pic.twitter.com/A0JlErsyvY

Just after the hour mark and the peerless Foden scored his second of the evening. Bernardo Silva burst down the right flank, with his zipped low cross being sent on by Gabriel Jesus in the middle. It found Foden waiting at the back post, who slotted home via the foot of a scrambling Pope.

City continued to see sights of goal as the game headed towards its conclusion with Jesus, Kevin De Bruyne and Leroy Sane all trying their luck but were unable to find a sixth as their explosive restart continued.

Monday's game almost feels like a watershed moment for 20-year-old Foden. He has shown his immense talent when given the chance, although some may argue that has been few and far between.

But with David Silva leaving the club in just a few weeks time, it appears that Guardiola has a ready-made replacement. His first strike was absolutely sensational and he showed wonderful positioning for the second. Let's not forget his audacious pass to set up City's fourth, which really showed off his confidence.

Sky Sports pundit Jamie Carragher said: "He's been outstanding. Playing in that wide position, we mentioned how good his is centrally. He got City off the mark with a great strike and I loved the pass he was involved with for the David Silva goal." 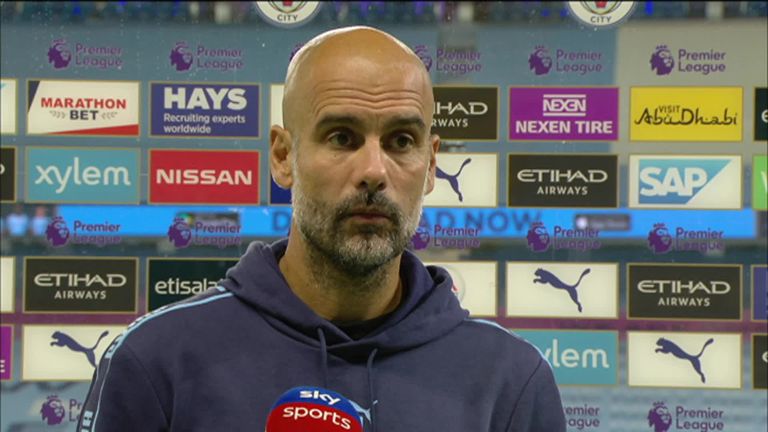 Man City manager Pep Guardiola: "We played really well. It was a solid performance, especially when in the beginning, we were in a hurried way to play. We have to be more patient… It helped us a lot with that first goal from Phil and the second one, so it's nice and we have a good advantage of fifth.

"I've said many times than when Phil has played, he hasn't played badly, especially with his behaviour and his attitude. It doesn't matter if he plays or doesn't play, after the training session, he loves to play football.

"Every time he's played since he was promoted to play with us, he's always been at a high level but we forget his is 20 years old, he has to improve. But he will be an important and decisive player for out next decade and with the minutes he has, he deserves it. 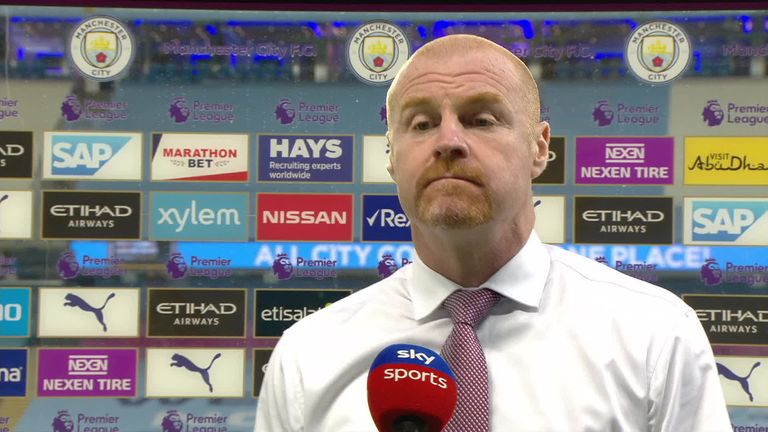 Burnley boss Sean Dyche says that his side's 5-0 defeat to Manchester City was a reality check for his team, but refused to blame the tough circumstances prior to the game for their poor display

Burnley manager Sean Dyche: "We have everything we have got. Ashley Barnes and Chris Wood are injured, plus there is Robbie Brady. The club decided to offer contracts very late in the day. My choice is not to be involved. The balance to that is that decisions have to be made. I can only advise and the chairman made a different decision.

"The players have asked me a few questions about why certain things have not been done. There has been no lack of focus about the intention. The group is as stretched as it has ever been and these games do you good, they remind you how serious these teams are.

"I have been here seven and a half years and it has never been an easy ride with finance. It is not my first rodeo. The club has a restricted and stringent look at finance. We have had a healthy return but the chairman makes the decisions. I can only advise."

Manchester City and Burnley are back in action on Thursday. City travel to Chelsea at 8.15pm, while Burnley host Watford at 6pm - live on Sky Sports Premier League.