Manchester City paid the price for an error-strewn first-half display as they were beaten 2-1 at home by Lyon in their Champions League opener.

The Premier League champions lacked intensity and fell behind when Maxwel Cornet finished in the 26th minute.

Nabil Fekir, who came close to joining Liverpool in the summer, made it 2-0 when he seized on a defensive mistake and fired in from 20 yards before half-time.

Man of the match: Maxwel Cornet

City dominated possession in the second half but only managed to pull one goal back in the 67th minute through Bernardo Silva. 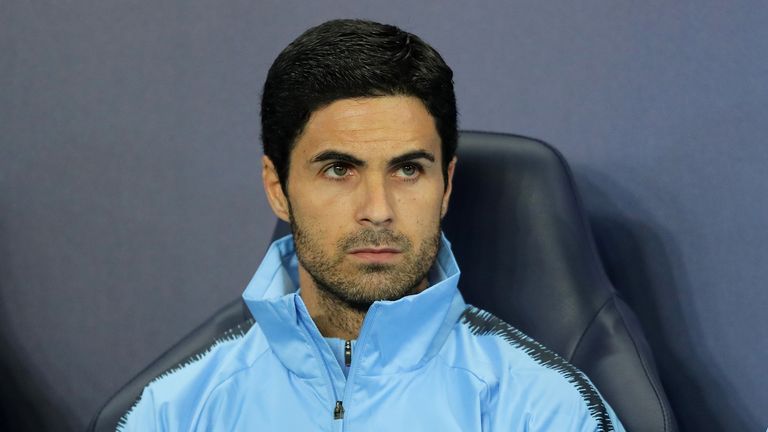 Pep Guardiola, who was watching from the stands due to a touchline ban, cut a frustrated figure as his side laboured, particularly in the first half.

They did go close as Fernandinho blazed over from the penalty spot and Aymeric Laporte headed against the post, but too many passes went astray and the defence looked susceptible to Lyon's pace on the counter.

It was a City mistake that led to the opener as the ball was given away in midfield, Fekir broke down the left and Cornet finished well after Delph made a mess of his attempted clearance.

The goal did not serve as a wake-up call for City and they fell further behind in the 43rd minute when Fernandinho lost the ball in defence and Fekir fired in a brilliant shot from 20 yards out.

City managed to up the tempo slightly in the second half but could have conceded again on the hour mark as Memphis Depay's shot was tipped onto the post by Ederson.

Man City made three changes from their win at Fulham as Stones, Gundogan and Jesus started in place of Otamendi, Sane and Aguero.

Fekir and Depay started for Lyon while summer signing Dembele was on the bench.

Bernardo Silva gave the hosts a lifeline when he swept a shot into the bottom corner from substitute Leroy Sane's pass.

However, despite pressing in the closing stages, City could not grab an equaliser, with Sergio Aguero shooting at Anthony Lopes and then seeing a late effort tipped wide. 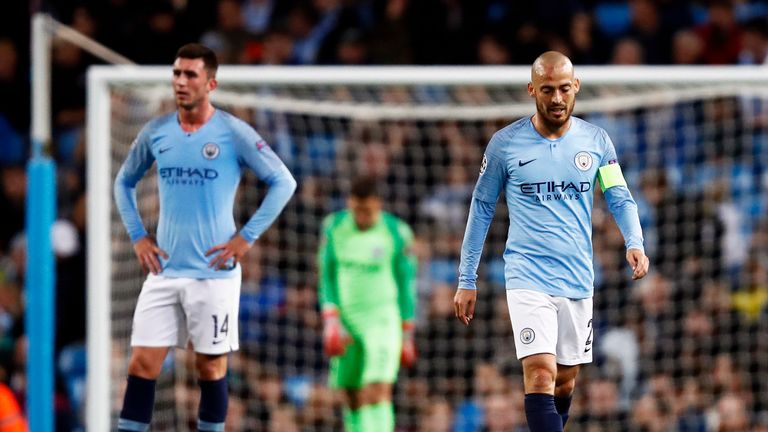 Man of the match - Maxwel Cornet

The 21-year-old produced an excellent display. He finished well for the opening goal, making the most of Delph's mistake, and was then mostly found at the other end of the pitch as he put in a solid defensive shift.

City will be looking for a response when they travel to Cardiff in the Premier League on Saturday before facing Oxford United in the third round of the Carabao Cup on Tuesday. Lyon host Marseille in Ligue 1 on Sunday.