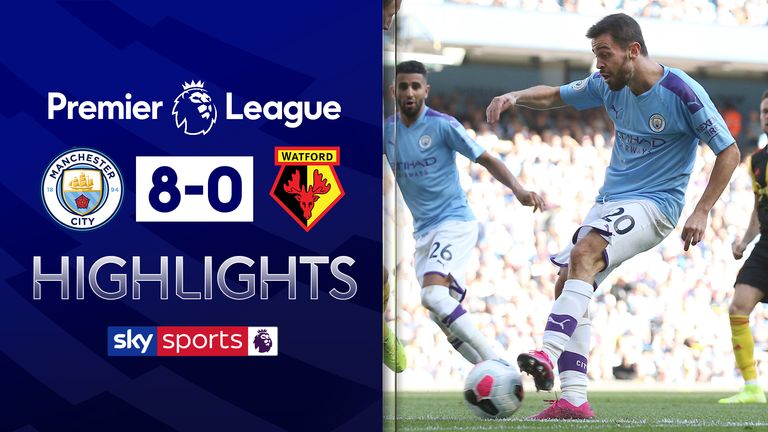 Manchester City scored five goals in a devastating opening 18-minute spell as they responded to their shock defeat at Norwich with an 8-0 demolition of Watford on Saturday.

David Silva opened the scoring with just 52 seconds on the clock before Sergio Aguero put the champions two up from the penalty spot on seven minutes with his 100th Premier League goal at the Etihad Stadium.

City added a third on 12 minutes through a deflected Riyad Mahrez free-kick before Bernardo Silva's stooping header and Nicolas Otamendi's close-range tap-in saw Pep Guardiola's side race into a five-goal lead faster than any side in Premier League history.

Bernardo Silva scored City's sixth four minutes into the second half and completed his first top-flight hat-trick with their seventh on the hour.

Kevin De Bruyne capped a stunning individual performance with a thunderbolt into the top corner with five minutes remaining as the champions closed the gap on leaders Liverpool to two points with their biggest top-flight victory while inflicting Watford's heaviest defeat in English football.

Watford travelled to Manchester on the back of their spirited second-half fightback against Arsenal and looking to avenge their 6-0 thrashing at the hands of City in last season's FA Cup final. But City were even more rampant than they were Wembley in May, blowing Watford away with five goals in the opening 18 minutes.

David Silva started the rout in the opening minute with a close-range tap in from De Bruyne's exquisite whipped cross and, after Gerard Deulofeu turned up the chance to equalise immediately when his shot was tipped behind by Ederson, City were soon two to the good.

Ben Foster brought Mahrez down in the area and Aguero rifled the penalty straight down the middle to secure his century of Etihad goals.

Mahrez was tripped on the edge of the area five minutes later and he dusted himself down to take the free-kick which brought about City's third, his effort deflecting past the wrong-footed Foster off Tom Cleverley.

Three became four on the quarter-hour mark when Bernardo Silva converted a simple diving header from Otamendi's knockdown, and three minutes later the centre-back got in on the act himself, converting from Aguero's low cross to the back post.

Watford right-back Dimitri Foulquier's nightmare Premier League debut came to an end on 33 minutes when Quique Sanchez Flores substituted him, but the Hornets' ordeal continued after the break as City registered 28 shots - 14 in each half - on Foster's goal.

Bernardo Silva notched his first Premier League brace with a simple finish after being played through on goal by David Silva and the Portuguese completed his first top-flight hat-trick with another composed finished through the legs of Foster.

De Bruyne registered City's eight with an emphatic drive into the roof of the net and almost scored a record-equalling ninth when he dragged a shot wide late on but the rampant champions stopped short of emulating Manchester United's 9-0 thrashing of Ipswich in 1995.

The stats behind City's historic win

Bernardo Silva's maiden top-flight hat-trick was very good, but De Bruyne's mesmeric midfield performance was out of this world. The Belgian's sensational cross for David Silva's opener set the tone inside the very first minute and he continued to produce moments of magic throughout, culminating in his stunning late strike to seal City's historic victory. 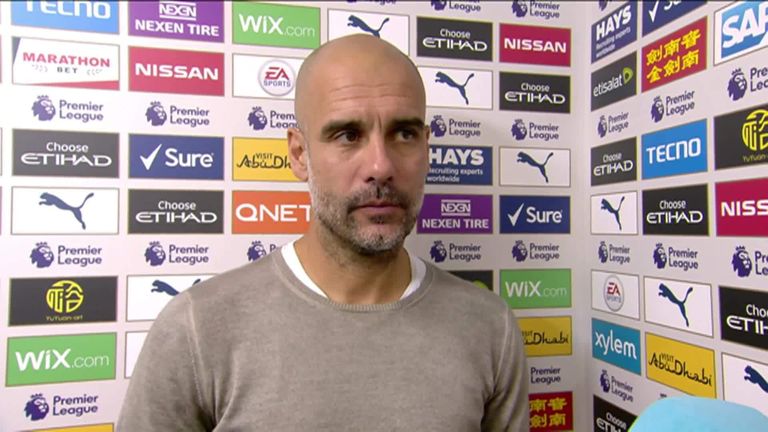 Pep Guardiola says that their quality in attack made the difference as they hit eight past Watford.

Man City manager Pep Guardiola: "The quality of players we had up front made the difference. We shot on target five times for five goals. In the first minutes we gave them two chances to score two goals and they didn't.

"What I liked the most is normally when it's 5-0 at half time the second half is not serious, it's boring, everyone does what they want but we did the opposite. We were serious, more aggressive with our pressing and made a very good second half.

"People still don't understand - journalists, pundits and former players - losing games is part of life. I have the same feeling now that I had after Norwich, so that was not a bad performance. We can lose the games, the important thing is the approach and how we react." 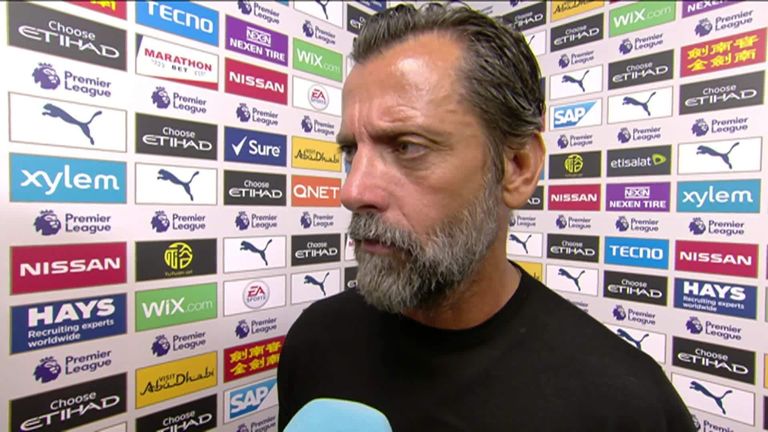 Quique Sanchez Flores says it's a bad day for the club and fans after they were beaten 8-0 at Manchester City.

Watford head coach Quique Sanchez Flores: "It's a very bad day for us. You don't want to receive this. The first minutes were really hard for us. We looked a little scared at the start of the match, we conceded very easy goals and in 15 minutes everything was done. If you play Manchester City and add mistakes, it's very dangerous, but we will learn a lot. We just need to say sorry to the fans." 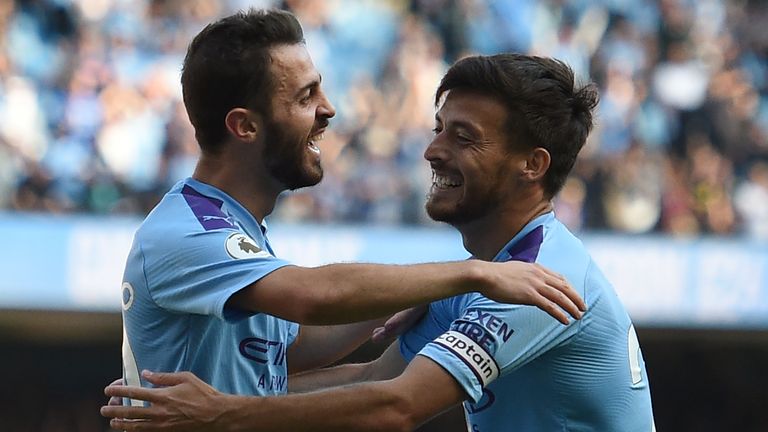 Matt Le Tissier says the opening 18 minutes were unbelievable from Manchester City as they cruised to an 8-0 win over Watford.

"Getting a goal in the first minute is a great start to a football match - from there on in it was absolute carnage. It was eighteen minutes of just unbelievable football - Watford could hardly catch their breath in-between the goals. The Norwich defeat was clearly on City's minds. Last week was a blow to their egos and they decided to do something about it. It was a superb all-round performance."

City kick off their Carabao Cup defence at Preston on Tuesday; kick-off 7.45pm. The champions then travel to Everton on Saturday Night Football, live on Sky Sports Premier League from 5pm; kick-off 5.30pm.

Watford host Swansea in the third round of the Carabao Cup on Tuesday; kick-off 7.45pm. The Hornets then travel to Wolves in the Premier League on Saturday; kick-off 3pm.