Guy Melamed scores twice for St Johnstone either side of Jason Kerr strike in win over Motherwell, but David Wotherspoon goes off with injury in second half ahead of League Cup final against Livingston next Sunday 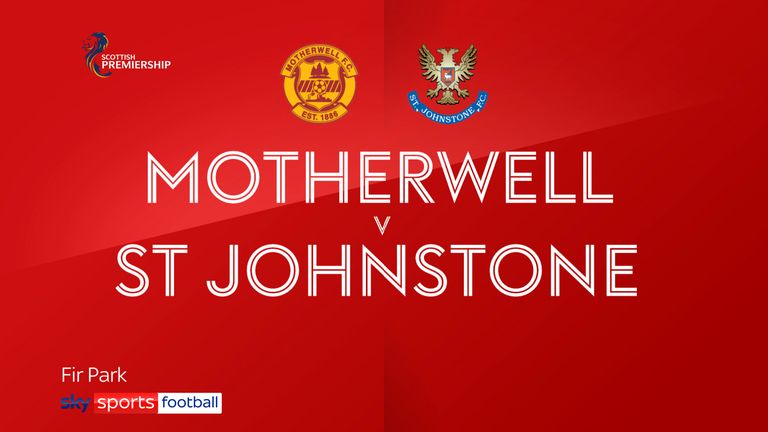 Highlights of the Scottish Premiership match between Motherwell and St Johnstone.

St Johnstone warmed up for the Scottish League Cup final with an emphatic 3-0 victory at Motherwell but they appeared to pick up an injury concern in the process.

David Wotherspoon trudged off after receiving treatment just after the hour mark at Fir Park.

Another key midfielder, Murray Davidson, was already battling to be fit for next Sunday's Hampden clash with Livingston and missed the Fir Park trip.

Wotherspoon's premature exit was the only negative for manager Callum Davidson following an utterly dominant performance.

Guy Melamed doubled his St Johnstone goal tally with a brace either side of Jason Kerr's strike.

The second goal should have been disallowed for an offside but the controversy proved a footnote as Motherwell suffered more agony following the previous weekend's 4-1 home defeat by Hamilton.

Blackburn loan defender Tyler Magloire and 17-year-old full-back Max Johnston were handed their first starts and, with a number of pre-existing absences to contend with, there were two places unfilled on Alexander's inexperienced bench.

However, he will have major concerns about the way his team were completely outclassed - they only managed one shot at goal while the visitors produced 22 efforts.

There were only two points separating the teams before the game but the difference on the pitch was marked and Saints moved two points off the top six while Motherwell remain perilously close to the bottom two.

Motherwell struggled to get out of their own half before Melamed struck the opener in the 19th minute.

Shaun Rooney beat Jake Carroll to a loose ball in the centre circle and drove forward before laying it off to the Israeli striker, who curled into the top corner from 25 yards.

Saints looked far sharper and always seemed to have an option in possession while Motherwell struggled to get front three Christopher Long, Tony Watt and Devante Cole involved and barely got into the opposition box.

Their only shot came from 25 yards midway through the first half, Liam Polworth's effort forcing Zander Clark into a good diving stop.

The visitors continued to threaten. Rooney came close with a powerful volley, Ali McCann screwed wide from a good chance after Motherwell had played their way into trouble, and Kerr headed just over.

The Perth men doubled their lead on the stroke of half-time after Liam Craig hit the underside of the bar from long range.

Rooney looked well offside as Chris Kane headed the rebound towards goal and the wing-back nodded the ball against the bar from close range. Assistant referee Colin McAlpine did not produce a flag and John Beaton gave the goal when Kerr thumped home the second rebound.

Any sense of injustice was quickly dampened as Saints went three ahead four minutes after the restart. Kane was too quick for Polworth as they challenged in the box and Melamed drove home the resulting penalty.

Wotherspoon and Callum Booth came close either side of the spot-kick and it was clear Alexander needed to change something.

The Motherwell boss made a triple substitution on the hour mark with wingers Jordan Roberts and Jake Hastie arriving along with left-back Nathan McGinley as the hosts moved to a 4-4-2 formation.

They looked more solid but Craig hit the bar again from long range and substitute Stevie May forced a decent save from Motherwell goalkeeper Liam Kelly.

Motherwell travel to St Mirren in the league on Wednesday before going to Hibernian on Saturday. St Johnstone's next fixture is the League Cup final against Livingston on February 28.