Ahead of Liverpool's home clash with Southampton on Saturday, the Japan forward sits down for one of his first interviews since joining the European champions

New Liverpool signing Takumi Minamino tells us why he chose to move to Anfield, how he is settling into life on Merseyside and what it was Jurgen Klopp told him on their first meeting that left such a lasting impression.

Liverpool had not planned on doing any business in the January transfer window after surging to the top of the table following an extraordinary unbeaten start to the Premier League season.

That is until they faced Red Bull Salzburg in two Champions League group-stage games prior to Christmas in which Minamino starred, scoring in the first clash at Anfield, after which Liverpool's players reportedly told Klopp he should sign the Japan international.

Other teams, including Manchester United and AC Milan, were also after the forward, only for Liverpool to win the race for his signature after paying his £7.25m buyout clause.

So, how is the 25-year-old acclimatising to life on Merseyside after officially joining the club at the start of January?

"I just found a new house to live in and am getting settled in, so I am quite relaxed at the moment living in Liverpool," he said in an exclusive interview with Sky Sports.

"Every player is very welcoming, but especially Naby Keita and Sadio Mane as they live near me. And the players who can speak German are very helpful too.

"The schedule is really tight, so I do not have enough time to study English. But when we move places, I try to read books and remember the words.

The schedule is really tight, so I do not have enough time to study English. But when we move places, I try to read books and remember the words

"The best words to describe my feeling [at signing for Liverpool] were delight and joyful."

With a whole host of Europe's top sides reportedly also interested in Minamino, what was it about Liverpool that made him chose the current Premier League leaders?

"I cannot tell you which other teams approached me, but some Premier League and German clubs," he said. "The reason why I chose to come to Liverpool was that playing for Liverpool was one of my dreams since my childhood, so I had no reason to say no to them. 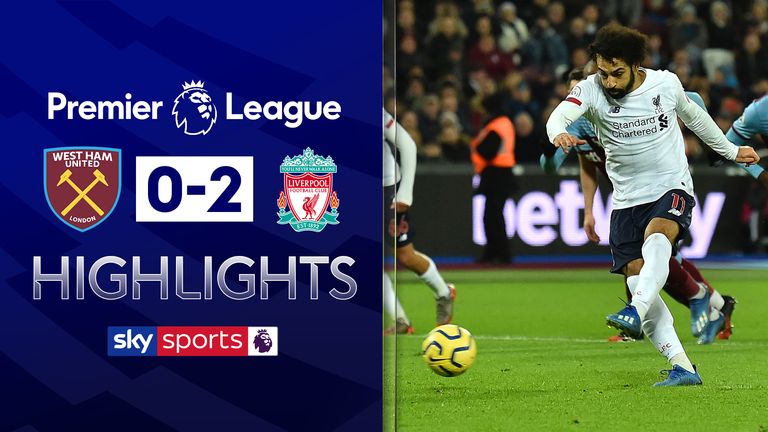 FREE TO WATCH: Highlights from Liverpool's win at West Ham in the Premier League

"I like Steven Gerrard and Fernando Torres and Liverpool was one of my favourite clubs growing up.

"I was very impressed with their strong mentality to come back from 3-0 down and I remember how they played in that second half [against AC Milan in the 2005 Champions League final]."

Minamino was thrown in at the deep end after making his debut against, of all teams, Everton in the FA Cup third round, just days after officially sealing his move to Liverpool.

However, despite then being asked to replace the hamstrung Sadio Mane in the club's 2-1 league win at Wolves later in January, the player is still adjusting to Klopp's demands.

"The first thing is to fit the team's strategy and after that I would like to show my strengths," he said.

"I have to play 100 per cent in the practice sessions and then to appeal to my team-mates and manager that I can play better.

"During the actual games, I have to feel the team strategies and then after that, I have to appeal my strengths to the other players. And if I can do that, then I think I can play." 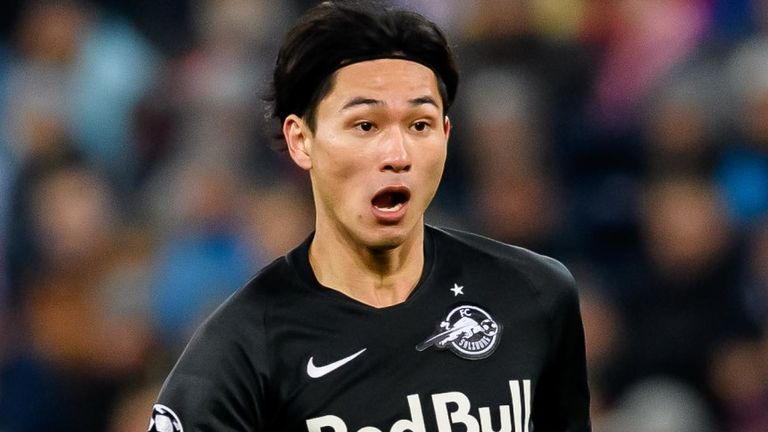 In his first two appearances for his new team, Minamino has been stationed first in the middle, and then on the left-hand side of a three-man forward line, although he is happy to play in any position.

"It may vary depending on the opponents and it is really difficult to say, 'I want to play in this position,' he said.

"But I would like to play very well in any position, it is not easy to say any [particular] position, but maybe I am still looking for the one."

Despite still trying to grasp the English language, though, Klopp's first words to Minamino made quite an impression on his new charge.

"I cannot forget his words - two or three days after joining the club, he said I could play in any way I wanted to play and he said just enjoy playing in any way you want to play," Minamino revealed.

"So I was really happy as a player that he said that. In the locker room, he is very good at motivating players, so I want to respond to his motivation even in the practice sessions and in the actual games."

Minamino is likely to hear many more such motivational talks from the Liverpool manager as the club near the end of its 30-year wait for a top-flight title, a wait the forward also wants to help bring to an end.

"I would like to contribute to the team winning the Premier League first, but the nearest target is just to play in the games, and make a goal, or even assist one," said Minamino.

"Of course I am really happy to be in this club, but it is not certain we are going to win the Premier League title yet. So to make it 100 per cent sure, I would like to contribute and to offer my power and strength to the team."