Rooney started his career at Everton, joining his boyhood club aged just nine, before making his first-team debut for the club in August 2002.

Two months later and five days short of his 17th birthday, the forward came to prominence after scoring a stunning last-minute winner to end then champions Arsenal's 30-match unbeaten run.

However, after an impressive showing for England at Euro 2004, Rooney then joined United in a deal worth £25.6m, with the player having since gone on to become the club's second-highest goalscorer behind Sir Bobby Charlton.

Speaking ahead of his appearance on tonight's The Fantasy Football Club, though, Osman thinks his former team-mate would be open to a move back to Everton.

"Towards the end of the last season he mentioned that he was possibly going to be going," said Osman about the circumstances surrounding Rooney's departure from the Toffees 14 years ago.

"He had had a terrific couple of seasons with us and at the time Everton were desperate for the cash and United were prepared to pay the money.

"I think we always knew that it was a deal that had to happen. It was put in jeopardy a little bit when he broke his foot in the Euros, but that just delayed it.

"We were sorry to see him go, he was our best player at the time, but thankfully we moved on quite quickly the following season." 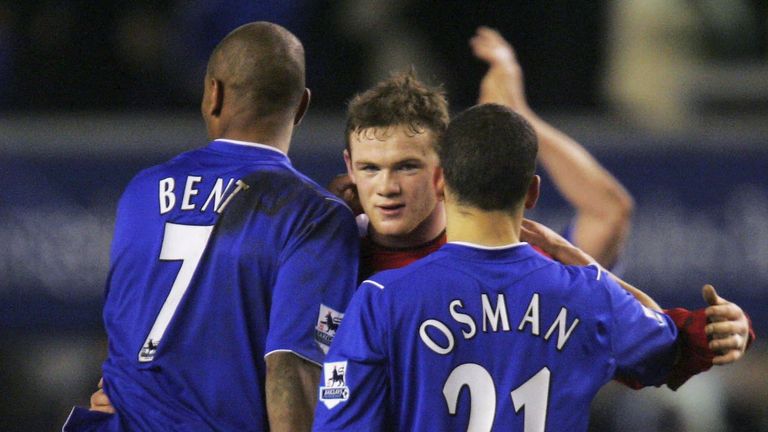 Despite United manager Jose Mourinho recently insisting he would never sell Rooney, Osman - who himself left the Toffees after his contract expired at the end of last season - remains hopeful the England captain will one day be seen in the blue of Everton again.

"It would not surprise me," he told The Fantasy Football Club. "I think he has been mending bridges for a couple of seasons now and you know he is an Evertonian at heart.

"I am pretty sure he would love to come back and I hope it happens."