Mauricio Pochettino has called on Tottenham to end their Old Trafford hoodoo on Monday Night Football and in the process lay down a marker for the rest of the season.

Spurs have lost more matches at the 'Theatre of Dreams' than any side in Premier League history, while Pochettino himself has been beaten on every trip to the stadium he has made as manager of the north London club.

Pochettino, therefore, feels it is vital his players show that they can get a result at the home of United after four previous visits under the Argentine in which they have not even scored.

"It is so important for us because after four years of struggling to compete there - more than compete, to get a good, positive result - it is important to go there on Monday and try to win the game and show us that we can beat Manchester there," he said in an exclusive interview with Sky Sports. 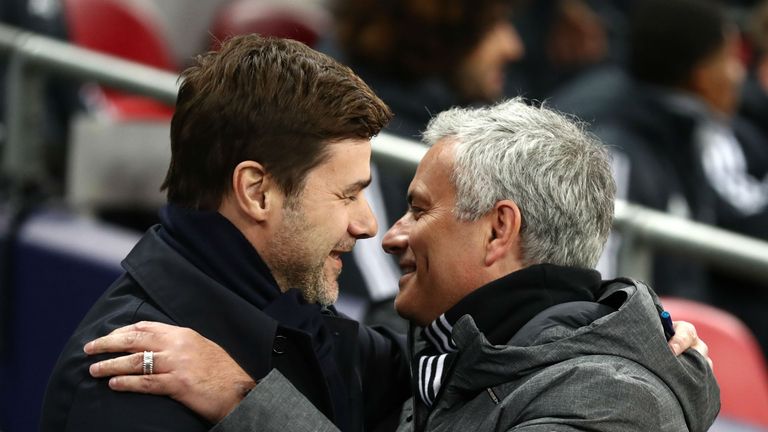 Tottenham manager Mauricio Pochettino sees Jose Mourinho as one of the most inspirational managers of his generation, but insists he's not intimidated by him.

"It will be tough, of course, because Manchester are a great team with unbelievable players and one of the best managers in the world.

"But is a massive challenge and I said at the beginning of the season that this will be the toughest season after starting my managerial career nine, 10 years ago.

"And I feel it will be a massive challenge as we will face a team that is very good and have unbelievable players and of course, to play at Old Trafford is never easy."

Every team has their own hoodoo ground and Tottenham's is undoubtedly Old Trafford having collected just nine points in 26 games at United in the Premier League era.

That is why, as well as the three points, a victory on MNF could have such an impact on how Spurs' league campaign pans out, according to their manager.

"First of all three points and then, of course, to show us that we can change the reality," said Pochettino, when asked what beating United on Monday would mean to the club. 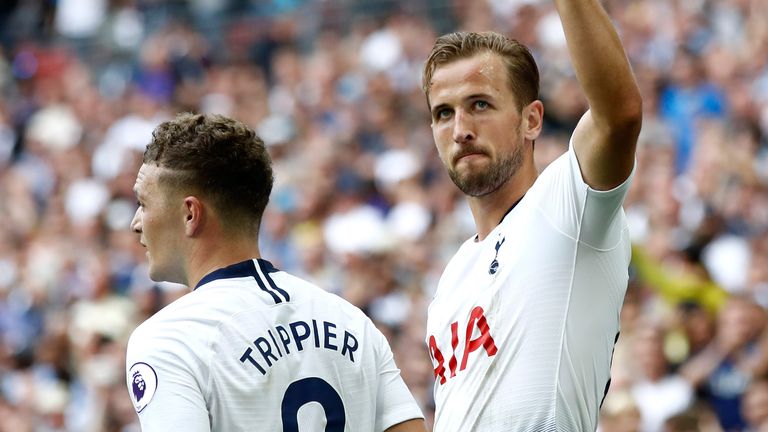 And the visitors may not have a better chance of recording a first league win at Old Trafford since New Year's Day 2014 after United's shock 3-2 loss at Brighton last Sunday.

Meanwhile, Tottenham have begun their own season with two straight wins and so head north full of confidence.

"We have started very well and full credit to the players, they arrived in a very good condition, which is fantastic, and their approach in every single game was very good," said Pochettino.

"But this is just the beginning, we need to keep going, working hard, thinking we can improve and that is the right mentality to keep going and playing in our best way."