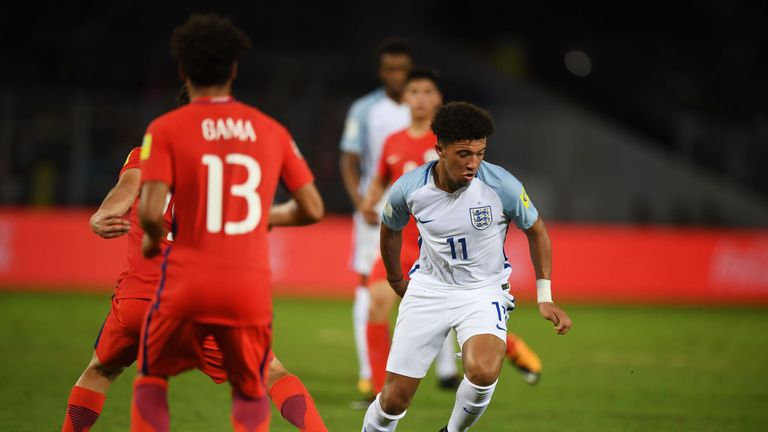 Gareth Southgate says Jadon Sancho's surprise inclusion in the England squad is a reward for his "brave" move to Borussia Dortmund.

The former Manchester City youngster, who moved to the Bundesliga last summer, is one of six uncapped players named by Southgate in his 25-man squad for the UEFA Nations League fixtures against Croatia and Spain this month, live on Sky Sports.

The 18-year-old made 12 appearances in Germany's top division last season - scoring once and recording four assists - and entered the record books when becoming the youngest English player to make his Champions League debut for a foreign club.

When asked about the decision to call-up Sancho, Southgate said: "Jadon's is an unusual story. He has been brave enough to go and play abroad and has started two Champions League games for Dortmund and has also had a big impact from the bench in their league games.

"It is [a big call] but it aligns with what we have done over the last 18 months."

Southgate has also named Derby's Mason Mount, 19, in the senior squad for the first time after watching the midfielder during their Championship game against Blackburn earlier this season.

"Mason's situation is slightly different. He played last year on loan at Vitesse [Arnhem] and has had another season of men's football and created more chance than any other player in the league.

"We'd have no hesitation on playing either of them in the games coming up."