Emerson Palmieri 'afraid' of Eden Hazard Chelsea exit, but believes he will stay Emerson Palmieri admitted Chelsea's players are "afraid" of losing a player of the calibre of Eden Hazard in the summer, but believes the Belgian will stay.

Emerson has finally become a key member of the Chelsea first team, having endured a slow start to life at Stamford Bridge following his move from Roma last January.

He has started Chelsea's last two Premier League games, including the 1-1 draw with Wolves on Sunday, a match that required a stoppage-time leveller from Hazard to save Chelsea.

That goal took Hazard's total to 13 league goals this season, five more than any team-mate. while he has registered seven more league assists than anyone else in the Chelsea side, and Emerson insisted such a talent cannot be let go.

"He shows every day how important he is," Emerson told Sky Sports. "Obviously we have many players of quality in our team but he is on another level, and is one of the best in the world.

"I personally cannot see him leaving, but you never know in football. Like Chelsea fans, we are afraid that he might leave, I still believe that he will stay and we really want him to stay."

Emerson had been previously used very sparingly by Maurizio Sarri this season, mainly in cup competitions but, having made his first Premier League start for the club at the end of January, he has featured much more often, starting three league games in total, as well as the Carabao Cup final. 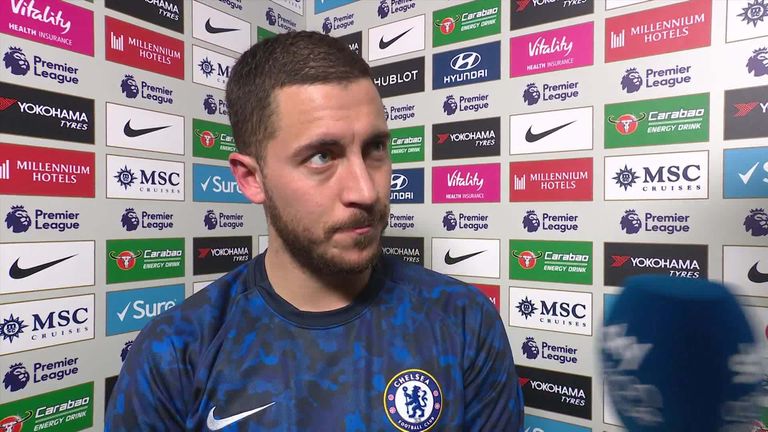 "When I first arrived in January, I was coming back from a serious knee injury," Emerson added. "I needed to get back into training, I needed to get match fit.

"I think I have progressed in the speed of play. In the Premier League it is so much faster, you cannot really have two touches on the ball before you get two or three opponents on you. This is something I have grown on, learned to play the ball faster and be more aggressive." 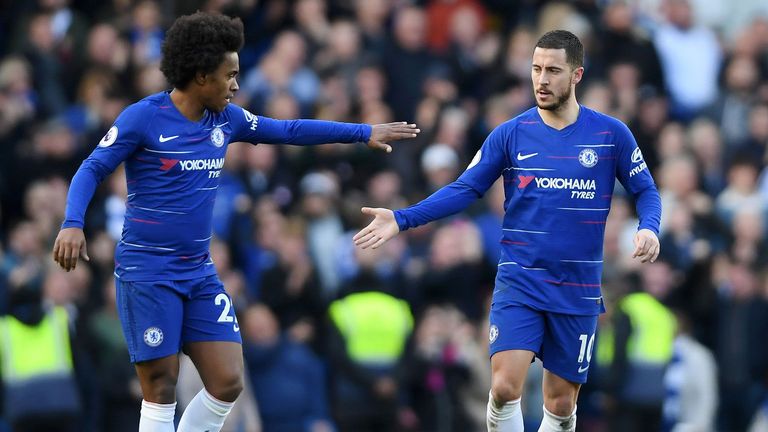 Highlights from Chelsea's 1-1 draw with Wolves in the Premier League.

The draw against Wolves leaves Chelsea three points adrift of the top four ahead of their trip to Everton on Sunday, live on Sky Sports, but Emerson is not giving up hope of climbing back into the Champions League qualification spots just yet.

"It is not nine games we have got left, it is nine cup finals," Emerson said. "We are very confident we are going to make it, at the weekend we dropped points, but we are confident we can make up for it and remedy the situation.