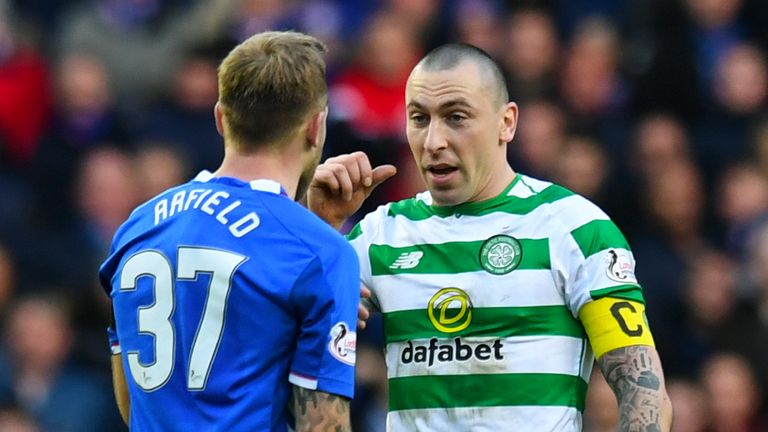 Scott Brown says Celtic are still hurting from their December defeat to Rangers.

The Scottish champions suffered a 1-0 defeat at Ibrox on December 29, their final game before the winter break, but since returning they have opened up a 10-point lead at the top of the Ladbrokes Premiership.

The fierce rivals meet again at Celtic Park on Sunday, live on Sky Sports Football, and Brown is determined to ensure there is no repeat of the display that allowed Ryan Jack to snatch victory for Steven Gerrard's side.

"We need to make sure we're on our game and focused," said Celtic skipper Brown.

"We had a slight slip-up against them in the last game so that's still in the back of our minds.

"We're still hurting a little bit from that but yet again we've gone on a fantastic run since coming back from Dubai and are lucky enough to be 10 points clear."

The Hoops faithful were left in a state of shock and anger when it emerged manager Rodgers had opted to defect to Leicester.

But Celtic's results have barely suffered a blip in the four weeks since after Lawwell acted immediately to bring Neil Lennon back to Parkhead.

The seven-in-a-row champions remain on course for a hat-trick of domestic clean sweeps and can open up a 13-point lead over Rangers with victory on Sunday.

Skipper Brown says that is down to Lawwell and his decision to bring Lennon back. 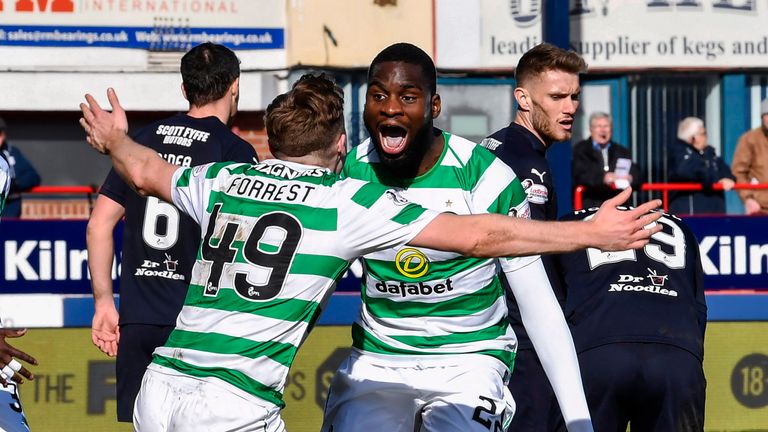 "I think Peter dealt with that really well," said the veteran midfielder.

"He knew Brendan was leaving and there was also another man who had left Hibs just at the right time.

"It turned out to be a great opportunity and it's been great to have Neil back.

"It's been an easy transition for us and that's down to the way Peter dealt with it.

"Neil's been fantastic the last four or five games and he's spurred the lads on in the dressing room with his team talks.

"He's happy to be back here, he loves it and the passion he's got for Celtic and for football is brilliant and it's showing out there on the field." 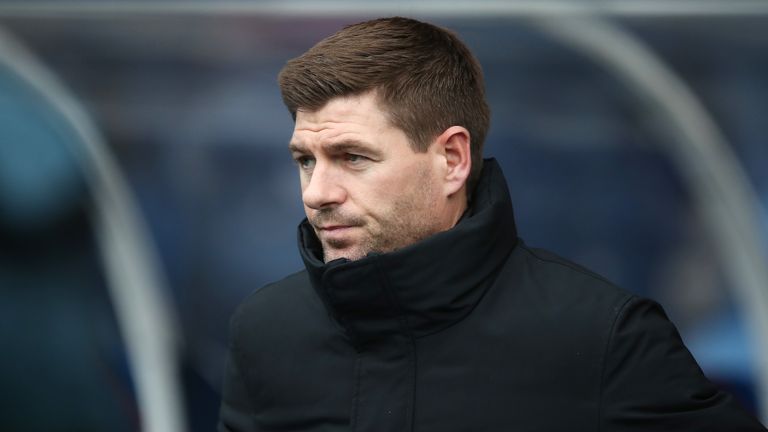 Claiming a 10th straight championship flag is the long-term aim of the Hoops support and Brown would like to see Lennon get the opportunity to finish off the project he started.

Brown said: "The manager believes in his own ability to manage this club. He's done it before and knows how it runs.

"Brendan's left and we don't want to forget what he did for this club. He was fantastic but now it's Neil's chance to do the exact same thing and we're looking forward to having Neil here for a long time.

"He was here before and it was three great seasons. Here's hoping there's a lot more."