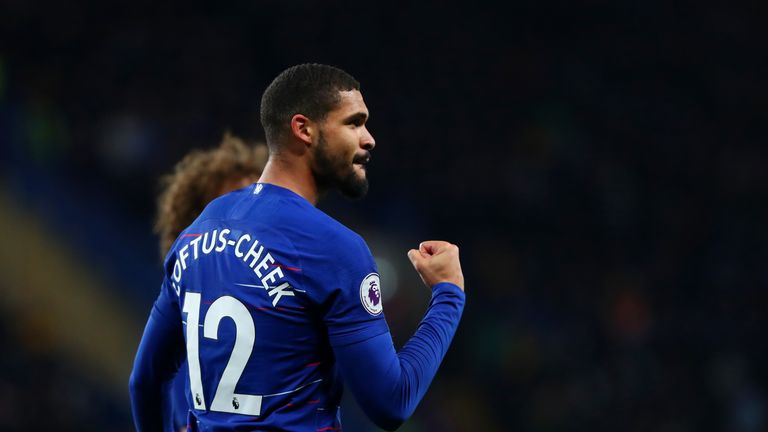 Maurizio Sarri has praised Ruben Loftus-Cheek's improvement during this season, hailing him as a "complete" midfielder.

The England international has scored twice in his last two games, securing a late winner against Cardiff last weekend before getting the Blues' third in their midweek victory over Brighton.

Loftus-Cheek's start against the Seagulls was just his second in the Premier League under Maurizio Sarri, but when asked if he has progressed during their time together, the Italian said: "Yes, a lot, especially tactically.

"Now he is tactically a very good midfielder. At the beginning of the season he was a very offensive midfielder. Now he is complete, I think."

Loftus-Cheek has made 31 appearances, 11 from the start, for Chelsea this season, but those numbers could have been higher were it not for a recurring back injury.

Sarri says he could start most of their matches between now and the end of the season, but added: "We need to check every day the condition of his back.

"This morning he had only a recovery session because he needs time to recover after a match. The problem in this moment is that probably he is not able to play for 90 minutes.

"It's a problem of course, but I think our doctor is able to take control of the situation."

Maurizio Sarri was also asked about the racist abuse suffered by Juventus forward Moise Kean against Cagliari earlier this week, as well as his team-mate Leonardo Bonucci's comments that Kean was partially to blame for provoking the fans.

Sarri, who spent his whole managerial career in Italy before moving to Chelsea last summer, said: "I was surprised this happened in Cagliari, because the atmosphere in the stadium is usually good.

"I think that Leonardo Bonucci made a mistake but I am sure he probably wanted to say something different. I am sure Leonardo is not a racist.

"We can only be an example for people but it's very difficult to solve the problem."