Lorenzo Insigne says Maurizio Sarri would be betraying his former club Napoli if he leaves Chelsea to take over as Juventus head coach.

Sarri was manager at Napoli for three seasons prior to joining Chelsea last summer, the 60-year-old has now indicated that he wants to leave Stamford Bridge after guiding them to Europa League success last month.

The Chelsea boss has also admitted that "the call of home is strong" as he nears a move to Juventus.

Napoli captain Insigne, who scored 47 goals in 139 appearances under Sarri's tenure at the club, is hoping his former manager does not join one of the Serie A side's key rivals.

Italy international Insigne said: "Sarri in Juventus for us Neapolitans would be a betrayal, and I hope he changes his mind.

"But you have to keep in mind that Sarri is a professional and he gave everything in Naples. 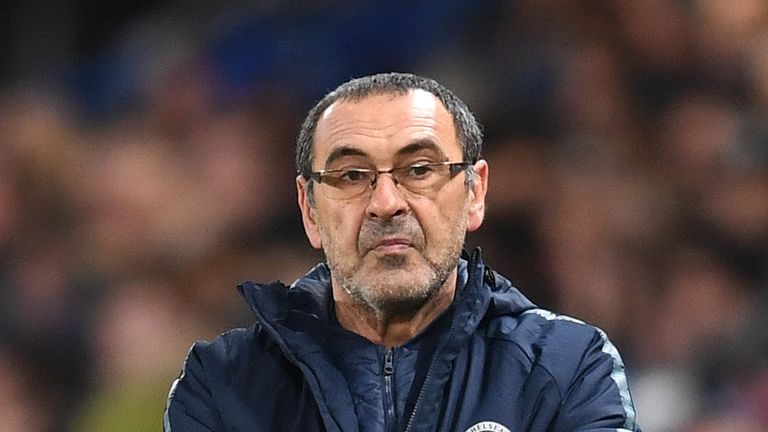 "He was very important to me for many reasons, if he went to Juventus he would hurt us but I can't blame him. It's his decision."

Insigne's comments echo those on Monday made by Chelsea midfielder Jorginho, who Sarri brought with him from Naples for £57m last summer.

Jorginho said: "I think it was a great season and I'd hate to see him go. The Napoli fans still have him in their hearts, it's normal that they can get angry.

"They're passionate, they can give you everything. They could treat it as a betrayal, they're like that. We'll see what happens."