Jose Mourinho back to Chelsea? Maybe it is not such a crazy thought

Could Jose Mourinho make an unexpected return to Stamford Bridge with Maurizio Sarri's departure imminent? Frank Lampard is the strong favourite for the job but perhaps there is another candidate, writes Paul Gilmour.

In the build-up to the Champions League final, Jose Mourinho was interviewed by Eleven Sports in Portugal and it largely went unnoticed in the British media.

The quotes were not widely picked up but what he said will spark debate among Chelsea fans after their former manager hinted at returning to Stamford Bridge for a third stint at some point in his career.

While it looks unlikely that it will be this time around as the London club appear to have set their sights on Frank Lampard, Mourinho's words raise an interesting question.

Would Chelsea fans welcome him back?

The critics will say the loss of Eden Hazard, combined with a potential transfer ban, means Mourinho would not be suited to a return under the current circumstances, but in his interview, the Portuguese coach appeared to open the door to a different approach.

His reputation is of course based on his ability to win trophies and doing it in a pragmatic way, although he will argue that his Chelsea side with Damien Duff and Arjen Robben, as well as his free-scoring Real Madrid side, also entertained.

Intriguingly, there seems a willingness to adapt.

"I've been using the time to work on my future, to improve my technical staff, to find a new dimension to my work, without obviously losing what I am," Mourinho said to Eleven Sports.

"It was me who, being as I am and thinking as I think, got to where I am. But my work has been at that level. I want to be better, I want to adapt, I want to reformulate myself and that's what I've been doing."

This reference to adapting could be an acknowledgment of how well received the work of Jurgen Klopp and Mauricio Pochettino has been at Liverpool and Tottenham respectively.

Pochettino has yet to win a trophy with Spurs but his teams have a reputation for playing good football and the feeling is that the club is moving forward under his leadership.

Klopp had won nothing with Liverpool until the recent Champions League final but what he has done is build slowly with constant improvement and that has given them the platform to be in what is now an incredibly strong position going forward.

Spurs are expected to buy this summer while Klopp has been backed in the transfer market in recent years - but patience has been required.

A perfect example is their decision to wait on the opportunity to sign Alisson when they were having problems with Simon Mignolet and Loris Karius. Ask any United or Chelsea fan if Mourinho would have waited and you know the answer, but is that changing? 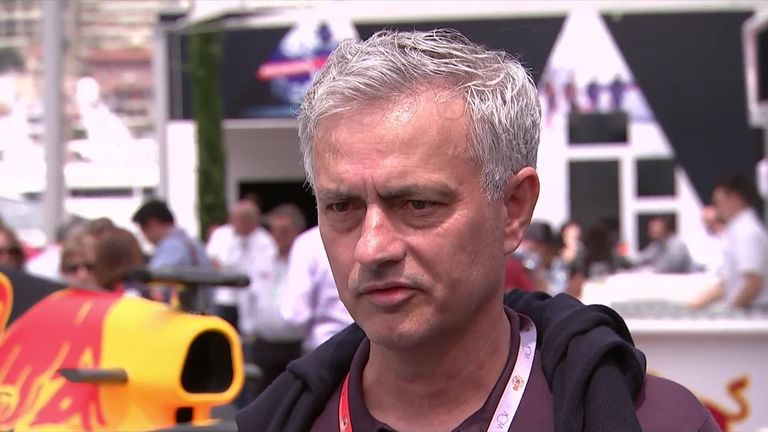 "Winning in a different fifth championship or winning a Champions League for a different third club are things I'd like to do, but I'm not obsessed with it," continued Mourinho.

"I'm more convinced by the project. I want to go happy. I don't want to accept a proposal without really being convinced. And to be happy it does not necessarily mean winning, which has always been my essence. But if they told me 'today there are no conditions to win, but we want you to create the conditions to win', I would evaluate."

Chelsea may fall into that category because of their transfer ban and the need for a long-term strategy. Could Mourinho adapt enough to deliver that vision? He would certainly have the personality to impress Chelsea's young players and may just squeeze enough out of them.

Joe Cole has gone on record describing how Mourinho understood him as a young player, while Karim Benzema also praised the manager's handling of him during his formative years.

They also added Christian Pulisic to their ranks as Hazard's replacement and had dozens of younger players out on loan.

All the signs point to Lampard, who would almost certainly be assisted by Jody Morris, a man who knows the Chelsea academy better than most. But with Mourinho willing to "adapt" along with the memories he provided in his first spell in west London, is he worth being in the debate?