Football executives of clubs ranging from Maidenhead to Juventus have attended a so-called "transfer speed dating" event, in a bid to seal all important deals this window.

More than 100 directors of clubs including Manchester City, Bristol Rovers, Roma and Newcastle arrived in Stamford Bridge to attend a day-event which aims to allows more clubs to network with each other.

In a room overlooking the pitch at Stamford Bridge, rows and rows of tables and chairs had been meticulously laid out to allow scouts and top executives to meet their counterparts from other clubs.

Some had laptops out, showing videos of players, others exchanged handshakes and business cards, but everyone had their own agenda. Each chat lasted 15 minutes before the buzzer would sound, and two women would then strut down the aisles holding up a number, signalling the next session was about to start. And just like that, it was onto the next. 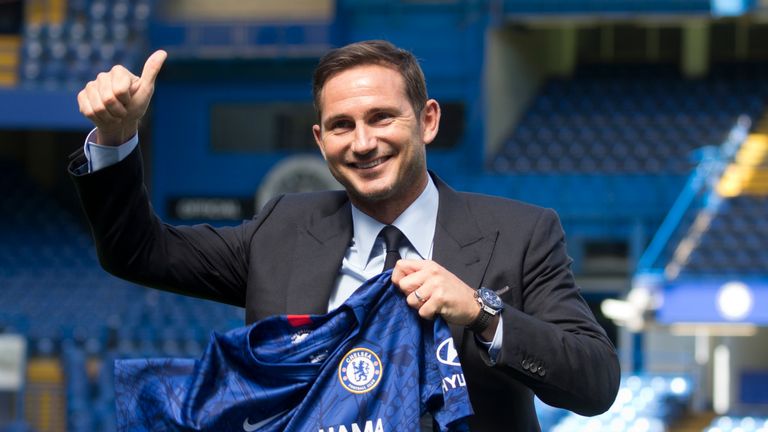 Among those taking part in the networking event was the former FA Technical Director Dan Ashworth who has now taken up a similar role at Brighton and former Chelsea and Tottenham Director of Football Frank Arnesen.

Speaking about Chelsea's transfer ban, Arnesen - now with Anderlecht - told Sky Sports News: "Obviously it is not easy, but on the other hand some young players on loan have done well. [Tammy] Abraham and so on. So I don't see it as only negative. I think Frank [Lampard] will put a very good squad together and they will challenge again for the championship".

Transfer Room, which organised the networking event, is offering a new approach for clubs where a yearly subscription is paid in return for contacts and information on potential players. The concept has helped engineer around 200 deals, with more being added to that tally this summer, with the next event taking place in Madrid in August.

Aimed at an international market, executives, former players and managers took part from the likes of Southampton, Anderlecht, Celta Vigo and Wolfsburg - while two men had even made the journey from New York to represent Major League Soccer.

There has undoubtedly been a globalisation of the transfer market, with huge sums of money now involved - and while events like transfer speed dating may feel a little pointless and crass to some, they have surely captured the imagination of some of the world's top clubs.