David Luiz has 'got to be' Arsenal captain, says Paul Merson

Paul Merson: "David Luiz has got to be captain, he’s a serial winner"

Unai Emery is set to name his captains for the season after Arsenal's Carabao Cup third-round tie against Nottingham Forest on Tuesday.

Granit Xhaka has worn the armband for the Gunners so far this season but with his performances coming under intense scrutiny, Merson thinks Arsenal's head coach should hand former Chelsea defender Luiz the captain's armband.

"Unai Emery's been there a year-and-a-half, he's got to have five captains because he doesn't have a clue what his best team is. He hasn't got a clue. The good teams are the ones who play virtually the same team every week, but with Arsenal you don't know who it'll be from week to week.

Meanwhile, Merson has defended Arsenal midfielder Xhaka, who was jeered by Arsenal supporters during the Gunners' thrilling 3-2 comeback victory against Aston Vila.

Ten-man Arsenal battled back from being a goal down twice to beat Aston Villa as Aubameyang's seventh goal in as many games this season proved enough to earn the Gunners a crucial three points at the Emirates Stadium. 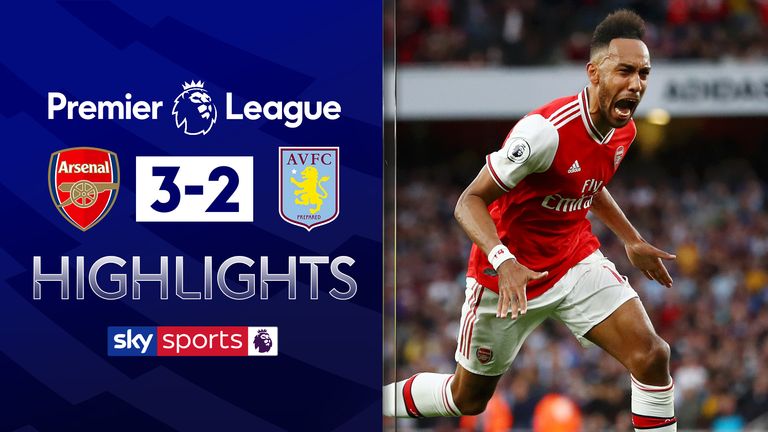 FREE TO WATCH: Highlights from Arsenal's 3-2 win against Aston Villa in the Premier League

A slightly sour note for the Gunners was the reaction of the home fans to Xhaka's substitution after 72 minutes, with ironic cheers greeting the captain's departure, and it's something that did not sit right with Merson.

"I had a bit of a go at Xhaka the other week, but I don't like fans booing their players," he said. "It's not right and it's not Arsenal. You've got to have a bit more class than that. He's never stopped trying and even though I had a go at him, you can't be booing your own players. "

Emery has also backed Xhaka after the win over Villa.

The Switzerland international has proved a divisive figure at the club and is no stranger to criticism from the fans, but has called on the Arsenal supporters to back the 26-year-old.

"I changed him because he played 90 minutes on Thursday. I preferred a fresh player. But for me he is a very important player for us.

"He has a big commitment here," the Spaniard added. "I am sure he is going to achieve the best things. We are professional. He is an experienced player.

"He knows sometimes we are criticised. We need to be mature and continue working. I am going to support him. He's a good player." 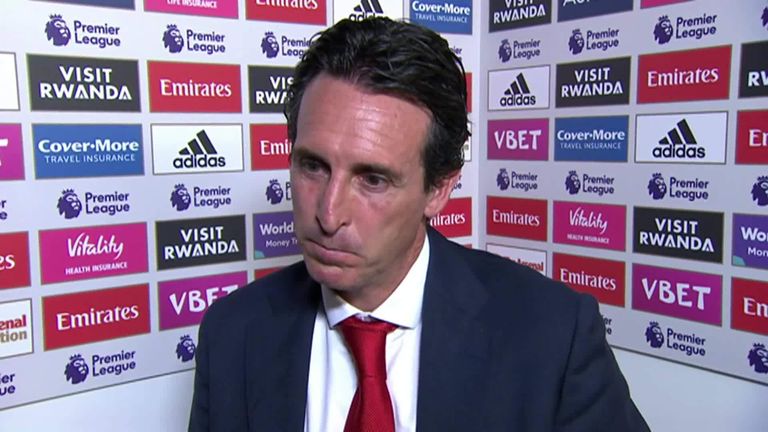 Analysis: Will Xhaka be named a captain?

Xhaka has been the man in possession of the armband so far this season, but with Emery yet to confirm his captains for the season the Switzerland international's role could be in jeopardy after a number of lacklustre performances in the role.

The Gunners have not had a permanent captain since Laurent Koscielny's departure in the summer and Emery has suggested he would name five captains again, as he did last season.

However, that decision has been delayed and is now expected to be made after Arsenal's Carabao Cup clash with Nottingham Forest. "My focus was to speak about the match and the players," he said when asked prior to the game against Eintracht Frankfurt why he has still not named his captains. "I am going to propose to do it next week after the match on Tuesday after the Carabao Cup."

Will Xhaka survive his latest poor performance against Aston Villa? Emery has given him his backing but if the Spaniard was so sure of the 26-year-old's leadership qualities the decision would have already been made.

So if not Xhaka, who? Sokratis Papastathopoulos and Mesut Ozil have both worn the armband this season, while Aubameyang dragged Arsenal over the line against Villa after taking over from Xhaka. But Emery could be waiting for the returns of Rob Holding, Hector Bellerin and even new signing Kieran Tierney, who has captained Celtic and Scotland, before making his decision.

Bellerin and Tierney played for just over an hour for Arsenal's U23 side against Wolves last Friday, while Holding has featured twice in the Premier League 2 for the Gunners as they step up their comebacks from injury.

Fitness permitting they could get a chance to show Emery their leadership qualities when Arsenal host Championship side Nottingham Forest in the third round of the Carabao Cup on Tuesday evening.

Merson on Arsenal's comeback against Villa and the returns of Holding, Bellerin and Tierney

“The win against Aston Villa has just kicked the can down the road and covered over the cracks. Fair play, it was a great comeback but you can’t keep doing that because sooner or later, it will catch up with you.

I still think Tottenham will come third, Arsenal will score goals. They’ll have to score goals because of their defence, but you’ve got Hector Bellerin, Kieran Tierney and Rob Holding coming back.

"It doesn't look the worst back four with Tierney, Holding and Bellerin back. They'll be better, you hope they'll be better. It's alright putting four good players out, but they've got to work as a unit. You don't have to be the four most talented players to keep clean sheets, you've got to be disciplined."

Analysis: How Tierney will help Arsenal

'Kieran Tierney announced his return to training with Arsenal by nutmegging Shkodran Mustafi. It was a light-hearted moment to mark the Scotsman's recovery from a hip problem, but his new team-mates will discover pretty quickly that the summer signing from Celtic can cause a stir on the training ground in other ways too. Tierney is full on.

'Ronny Deila, the Norwegian coach who gave him his professional debut, recently recalled how senior professionals would give the youngster a wide berth during sessions because of his aggressive approach. Scott Brown, his captain at Celtic, was never one of those but when the notorious midfielder says Tierney would tackle his own granny, it speaks volumes.

'Kris Commons was another team-mate who witnessed his development during those first forays into senior football and his memories of Tierney tally with those of Deila and Brown. He acknowledges the talent that saw Arsenal pay £25m for him in the summer, of course. But it was Tierney's passion for the game that really stood out right from the start.'

Arsenal host Nottingham Forest in the third round of Carabao Cup on Tuesday, September 24; kick-off 7.45pm. Next up in the Premier League is a trip to Old Trafford to face Manchester United, live on Monday Night Football on September 30; kick-off 8pm.

How to watch - Arsenal vs Nottingham Forest

Follow the action with our dedicated live blog. Highlights of the game will be published shortly after full time on the Sky Sports website and app.