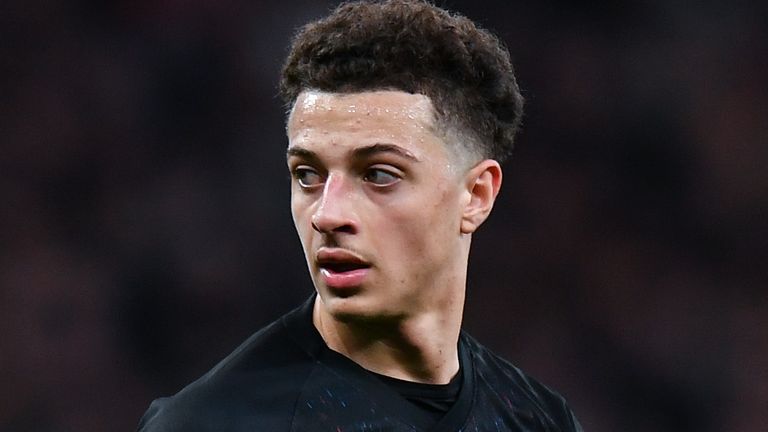 Ethan Ampadu is keen to resume his Chelsea career next season but only after helping RB Leipzig achieve their goals this campaign.

The Wales defender is on a season-long at the Bundesliga club from Stamford Bridge and after a defensive crisis has found himself finally getting some games.

He started in Leipzig's 1-0 win at Tottenham in the Champions League last 16 first-leg clash - just the second time he has been named in Julian Nagelsmann's starting XI.

Youngsters are getting a chance at Chelsea under Frank Lampard and the 19-year-old wants to be part of it next term.

But with Leipzig going for the Bundesliga title and making waves in the Champions League, that is where his focus is at the moment.

"I am always watching Chelsea and seeing what is going on," he said. "It is good to see the young players are shining at the moment.

"They are in the top four so fingers crossed they can hold on to that.

"I would like to go back, I aim to, but right now I am focused on Leipzig and finishing the season."

Ampadu was part of the Leipzig defence that kept Spurs at bay and earned a clean sheet despite a couple of shaky moments in the first half.

He was proud of his performance and hopes he proved his worth to Nagelsmann.

"I have not played as much as I would have liked to but I am definitely learning in training and working hard," he added.

"When this situation came of starting tonight I knew it was a good opportunity to show what I can do and I'd like to think I've done that.

"I just tried to play my game. I try to be composed and just try to play."

Leipzig could have put the tie to bed had they taken their chances at the Tottenham Hotspur Stadium.

Instead they only had Timo Werner's second-half penalty to show for a dominant display.

"You always want more goals but we have a 1-0 win to go back with. It is only half-time, so we just have to focus on the weekend.

"[Jose] Mourinho said it, the quality of our play might go under-rated because people might not know the name of Leipzig so much but hopefully people saw that we have a lot of quality."