Man Utd make four signings the day after their 6-1 defeat to Tottenham; Cavani agrees a one-year deal with an option for a further 12 months; Telles joins for £15.4m while youngster Diallo will move to Old Trafford in January

Edinson Cavani was the headline signing at Manchester United on Deadline Day as the club also completed deals for Alex Telles, Facundo Pellistri and Amad Diallo.

After only previously signing Donny van de Beek during the summer transfer window, United completed four signings in the 24 hours that followed their 6-1 mauling at home to Tottenham even though Jadon Sancho, who United have chased all summer, remained at Dortmund and an enquiry to Watford for winger Ismaila Sarr didn't progress.

Instead United recruited left-back Alex Telles for a fee of £15.4m, brought in 18-year-old Pellistri and signed Atlanta winger Amad Diallo, in a deal that could be worth up to £37.2m. The 18-year-old, who has only played 24 minutes in Serie A, will join the club in January.

But the signing of Cavani has already faced scepticism, with Sky Sports' Paul Merson among those questioning the deal.

"You've got to have pace as Man United like to counter-attack with the pace of Anthony Martial, Greenwood, Marcus Rashford and Dan James when he's in the team," said Merson. "Now, all of a sudden Cavani comes in. He'll hold the ball up, but for me it's a panic. I hope I'm wrong but it's not a future signing and it's not one that tells me they're moving forward.

"It's not one that tells me that in three or four years they're going to catch up with Liverpool and Man City. This is not going to catch those two clubs up now."

But it was not one-way traffic at Old Trafford on Deadline Day, with Chris Smalling the club's highest-profile departure.

The defender has joined Roma in an £18m deal.

Smalling, who has signed a three-year deal at the Serie A club with the option of an additional year, had been pushing for a move back to Rome throughout the summer, where he impressed last year on a season-long loan.

But should United have let him depart?

"I've watched Bailly and Lindelof," commented Sky Sports' Jamie Redknapp. "Smalling's gone to Italy and been successful there - I'm thinking he's better than what they've got."

"I think overall you have to say, if you're being brutally honest, it's been a disappointing window for Manchester Untied. The big, big plus was signing Donny van de Beek for £35m, a fantastic young player and they got him at a good price. But apart from that, the whole window has been dominated by the Jadon Sancho saga.

"United think there's a possibility they may revisit signing Jadon Sancho next summer, I'd be surprised if he ever plays for Manchester United.

"If you speak to people close to Jadon Sancho after what he's been through this summer regarding Manchester United, would he want to go through this again next summer? I think there will be lots of other clubs trying to sign him next summer.

"As far as Edinson Cavani is concerned, I cannot believe it was part of Manchester United's strategy to sign him 48 hours or before the window closed and to do the deal a few hours before the window closed. We're talking about somebody who was a great player, no doubt about that, but he's had a lot of injuries over the last few years, he's played very few games for PSG.

"He hasn't played for seven months, he scored seven times last season, they sold Romelu Lukaku 15 months ago, and 15 months later they're replacing him with a 33-year-old free agent with his injury record, paying him something between £200-250k a week.

"Telles is a very good player, but he's played once for Brazil. A friendly against Panama. The final point I would make is, I've said it before, I'll say it again, the next signing needs to be a director of football. The best man for the job? Edwin van der Sar at Ajax [where he is the club's CEO]." 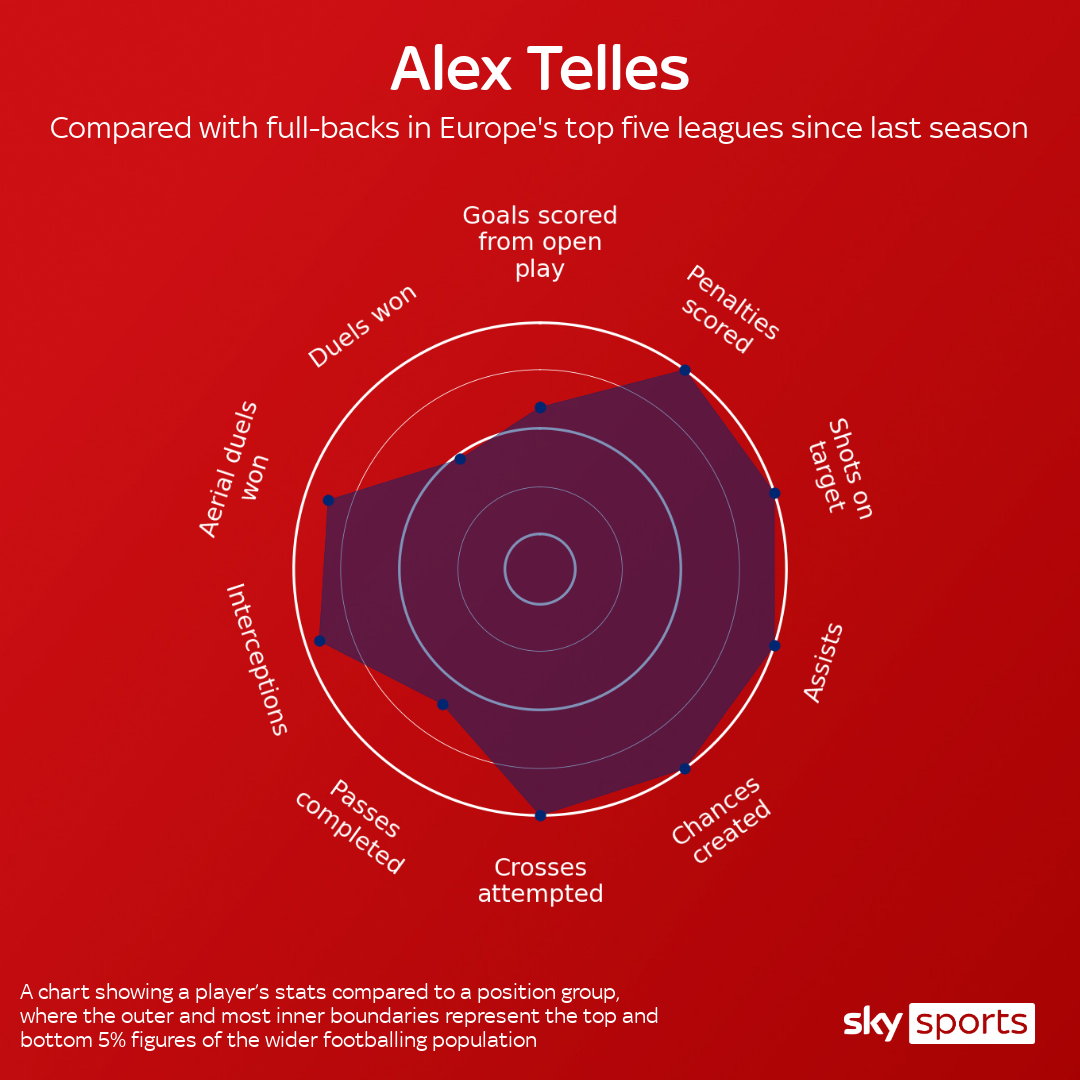 "Facundo Pellistri is not a name many Manchester United fans will have heard of a week ago, and it might be a while before he's regularly running out at Old Trafford.

"However, there's no doubting the potential of the 18-year-old winger, who was given his blessing before leaving for Europe by club manager Diego Forlan - someone who knows as well as anyone the challenge of making it at United.

"Pellistri is known for for his raw pace and has been deployed by Penarol as a right midfielder and on the right of a front three this season, but has been predominantly seen as a forward player for his club side.

"He racked up 14 league starts for last season's Uruguayan top-flight runners-up before his 18th birthday and was labelled a 'jewel' by national newspaper El Pais in the weeks leading up to his transfer to Manchester because of his maturity in games.

"That is not something to be taken too lightly, given Penarol are the same club where Real Madrid midfielder Federico Valverde made his name, ahead of enjoying a breakthrough campaign at the Bernabeu in 2019/20.

"They had sufficiently high hopes for Pellistri that they had tied him down to a contract including what was reportedly the biggest release clause in the history of the country's top-flight, with Forlan later admitting in the press he was fearful of losing one of the country's brightest talents during their domestic summer break.

"As far back as July, vice-president Rodolfo Catino - who had previously called Pellestri the 'most important youth in Uruguayan football' - wrote in the Penarol programme that he was receiving calls 'every day' to sign the 18-year-old - and now, amid plenty of reported competition, United have found themselves the victors."

United finished third in the Premier League last season but have started 2020/21 disappointingly. Home defeats to Crystal Palace and Tottenham - the latter a 6-1 thrashing - and a fortunate last-gasp win at Brighton have seen the club heavily criticised once again.

Speaking to Sky Sports News, Mitten - the editor of fanzine United We Stand - says although supporters don't trust United's recruitment policy, Solskjaer has to start delivering results on the pitch with the players he has signed.