The Dutch Eredivisie season has been ended with immediate effect, meaning league leaders Ajax have been denied the title.

There will also be no promotion to the Dutch Eredivisie or relegation from the top flight, following an agreement reached over a video conference call between the Dutch FA (KNVB) and clubs.

Ajax were top of the Eredivisie table, ahead of AZ Alkmaar on goal difference, with nine rounds of matches to play when the season was suspended.

"As a player and as a club you naturally want to become champion", Ajax CEO Edwin van der Sar said.

"You want to show it on the field and we have been at the top all year round. Then it is a pity that you are not declared champion, but in this situation that may be understandable. There are more important things at the moment than football."

But AZ have released a statement saying they are considering their options after indicating displeasure with the judgement, particularly in relation to the awarding of European places.

"We have been trying for weeks in the background to elaborate multiple scenarios to prevent the situation we are now in," the statement read. 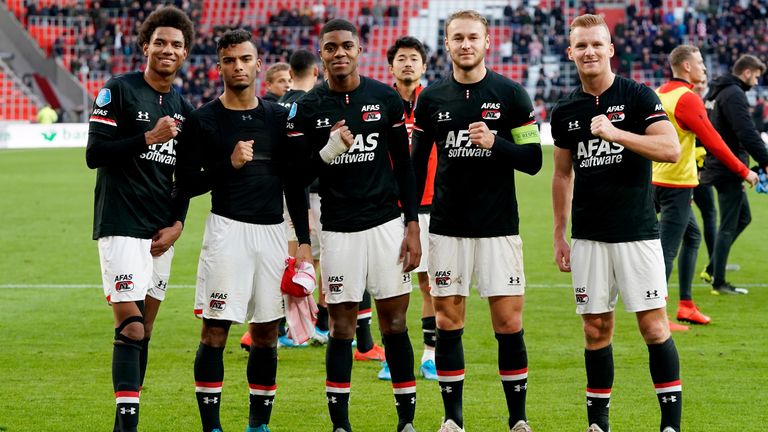 "AZ asked Friday afternoon, just as with promotion/relegation, to first investigate support for the exact method of implementation - but the KNVB immediately rejected this.

"The KNVB asked that support Friday afternoon when it comes to the decision for promotion/relegation. We are considering this situation."

The settlement of places for European competition next season is subject to ratification by UEFA.

Ajax say they abstained from a vote on promotion and relegation and will attempt to help other clubs suffering financially because of the coronavirus crisis. 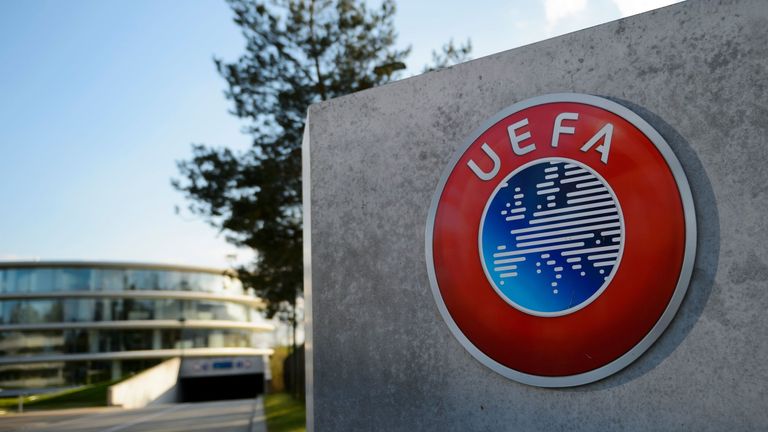 Van der Sar added: "As the largest club in the Netherlands, we think it makes sense that we offer help within the industry.

'Impossible' to complete the season

A KNVB statement read: "Unfortunately, with the cabinet's most recent corona measures, it has become impossible to complete the 2019/2020 season of professional football competitions in time - it will be crystal clear to everyone involved, from supporters and players to directors and referees, that public health always comes first.

"The professional football board, after consulting clubs, players and coaches, and with the approval of the Supervisory Board, has decided to stop the 2019/20 competition and to allow the allocation of European club football seats based on the current league table.

"This is in accordance with UEFA guidelines. In relation to promotion and demotion, it has been decided not to promote and not to be demoted."

The Dutch FA said earlier this week it is not intending to continue the 2019-20 season after a government ban on events was extended until September 1.

The KNVB had initially planned to resume the suspended football season for the top two divisions on June 19, behind closed doors.

But a three-month extension to the government ban was announced on Tuesday - meaning the season looked all but over, pending consultation with UEFA.

A key line to emerge from Thursday's UEFA Executive Committee was an acceptance that some leagues across Europe may not be able to be completed.

- existence of an official order prohibiting sports events so that the domestic competitions cannot be completed before a date that would make it possible to complete the current season in good time before the next season to start.

- insurmountable economic problems which make finishing the season impossible because it would put at risk the long-term financial stability of the domestic competition and/or clubs."

The development in the Eredivisie will come as a welcome boost to Englishman Alan Pardew, whose Den Haag side were 17th in the table but have avoided relegation alongside RKC Waalwijk as a result of the decision.

Waalwijk managing director Frank Van Mosselveld said: "The KNVB made the decision we hoped for this afternoon by not applying promotion and relegation to the 2019/2020 season.

"There is now clarity, so that we can work towards the new season. The KNVB had to make a difficult decision, because there is now a bigger game in the world."

The top two teams in the second-tier - Cambuur Leeuwarden and De Graafschap - miss out on promotion to the Eredivisie.

Dutch FA and UEFA: What happens next?

The Dutch FA must formally notify UEFA of the clubs they are nominating for next season's European competitions and will need to explain the reasons behind putting forward those clubs.

UEFA will have the final say on each club that participates in its competitions (Champions League or Europa League).

It is up to individual associations and leagues to decide how and when they finish their respective seasons but they must explain their nominations for teams to play in Europe to UEFA.

UEFA said on Thursday it reserves the right to refuse or evaluate the admission to any club proposed by an association from a prematurely terminated domestic competition in particular where:

- the clubs were selected pursuant to a procedure which was not objective, transparent and non-discriminatory so that the selected clubs could not be considered as having been qualified on sporting merit;

- there is a public perception of unfairness in the qualification of the club.