Frank Soo, the first and only England player of mixed Chinese and English parentage to represent the national team, is now being celebrated in the form of a Google Doodle. Adam Bate spoke to Frank's great-niece to find out more about his extraordinary story...

The name of Frank Soo might not resonate as it should but that could be about to change with Google marking the anniversary of his first England appearance on Saturday.

Soo, whose father was Chinese, became the first player of Asian heritage to represent England when he appeared in a wartime international against Wales in 1942.

Now Google, in collaboration with the Frank Soo Foundation, has created a unique celebration of Soo on their UK homepage in the form of a Google Doodle to raise awareness of his inspiring legacy.

The Stoke City player, a team-mate of Sir Stanley Matthews, went on to make a further eight international appearances during the Second World War before going on to play for Luton and embarking on a coaching career that took him to Scandinavia and beyond.

He worked in Italy and was even head coach of the Norway team at the 1952 Olympics before returning to England later that decade where he helped guide the future England manager Graham Taylor at Scunthorpe.

There were further jobs in Sweden but Soo eventually returned to England and died in 1991 at the age of 76. This was an extraordinary life. 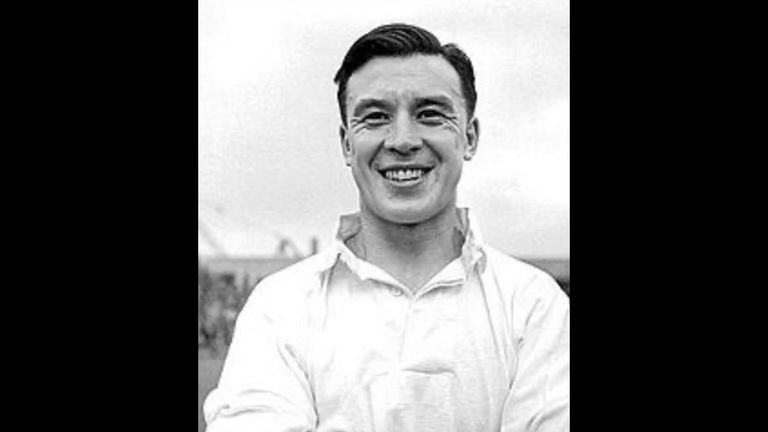 Soo remains the only player of Chinese or Asian heritage to represent England's senior side, and Alan Lau of the Frank Soo Foundation wants to shine a light on his achievements

Jacqui Soo, his great-niece and honorary president of the Frank Soo Foundation could not be more proud of her famous uncle and is hoping that this recognition is just the start.

"It is absolutely brilliant," she tells Sky Sports.

"He lived in Sweden when I was younger but growing up as a kid it was just fantastic. I used to say to all my mates that I had an uncle who played for England.

"All of my friends were outside our house looking through the window because they had seen his car turn up. I was telling people that my uncle was here who played for England.

"He never drank and he never smoked, he made a point of telling us that. Then he dropped to the floor and began to do a load of press-ups. He was clapping between them and then doing them with one hand. It was amazing. My friends still talk about it to this day.

"It is fantastic that Google are choosing to honour him now. I hope it will spark an interest in him again and get him back in the public eye because kids need a role model."

The catalyst for raising awareness about Soo came when Susan Gardiner began research for a book about his life, one that also saw him serve in the Royal Air Force during the war.

The hope now is that further recognition could allow his story to inspire many more.

"The Frank Soo Foundation came after Susan Gardiner's book," says Jacqui. "Ever since the book was launched in 2016 we have been hoping to have a lot more recognition of him.

"We have had a lot more involvement from the Chinese community because they were looking at ways of promoting sport within the Chinese youngsters.

"They play an annual tournament and one of the trophies is named after my uncle. We are trying really hard to get the Chinese youth playing sport.

"It is like anything, whether it is sport or politics, sometimes you have to see somebody that you recognise in any walk of life before you feel you can get involved.

"There was a lot of racism that he had to deal with back then. He was known as Chinaman Frank Soo. But once he began playing for England he was Frank Soo or the RAF's Frank Soo."

As well as being a player of symbolic significance, Soo was a gifted one too. Stan Mortensen, the former England forward noted that he "seemed incapable of a clumsy movement".

At Stoke, he was not only a team-mate of Matthews but part of the team that finished fourth in the top flight in 1936 - a league placing that the Potters have yet to surpass.

Soo's contribution to the club has been recognised in the city.

"They have built a housing estate on the grounds of the old Victoria Ground and renamed it Frank Soo Street."

"It is frustrating because he was the first person from Chinese descent to play for England and I think a lot more should be made of that, especially by the FA," she adds.

"If they want to encourage involvement in football then he is a great role model for that.

"What about getting him in the Hall of Fame?"

It is a thought for another day. For now, Jacqui is just pleased that her uncle's achievements are being acknowledged.

"His name is going to be out there again. We are so proud of him."

To find out more about Frank Soo, visit the Frank Soo Foundation website.