Onuora: "We've not been privy to the numbers behind the EFL voluntary code but it certainly has not shifted the dial [...] we can do this in a different way."

The Professional Footballers' Association (PFA) is working on new schemes to help increase the representation of BAME coaches in English football because of a continued lack of progress, says Iffy Onuora.

Former Swindon manager Onuora, who has been working at the PFA as an equalities officer and regional coach, says the dial has not shifted enough despite measures such as the EFL Voluntary Code and the Rooney Rule.

Only six of the 91 managers at Premier League and English Football League level would be considered to be from a black, Asian or minority ethnic (BAME) background, despite the percentage being far higher among players.

"Our job at the PFA is to lobby the stakeholders who can make a difference," Onuora told Sky Sports News.

"After spending some time in the United States, Ricky Hill started talking about the Rooney Rule and that was in 2006, it took up until 2017 to get something up and running in this country with the voluntary code in the EFL.

"We've not been privy to the numbers behind the voluntary code but it certainly has not shifted the dial at the management end. Maybe we have to give it time to see if through academies, below the top structure, these coaches can filter through.

"But it hasn't shifted the dial, so even as we speak we are working on different schemes about how we can do this in a different way."

'Getting on to a course is easy - it's what happens afterwards'

Onuora insists the problem is not attracting BAME applicants to coaching in football but the number of opportunities which are disproportionately afforded to BAME coaches once qualified.

"Getting onto the course is not the problem. [In recent courses] I would say BAME coaches are reasonably well represented, in a course we did in the north we had six or seven out of 30, which is healthy even if there would probably be more in the south," he said.

"It's where you go after that, it's those opportunities. I understand football is a niche industry and there is nothing more volatile than football management but the stats are [clear]. It's never really wavered from the high watermark of six BAME managers.

"That stat which sits beneath that only four per cent of the senior coaches are BAME - that's the issue we have to try to address."

Onuora says football cannot wait for BAME owners to take charge of football clubs in order to affect change. He argues that clubs need to be bolder with their recruitment and apply long-term approaches to management - which would directly benefit the development of BAME coaches.

"If you look at the Premier League for example, you are looking at billionaires, not millionaires. There's not too many BAME billionaires around.

"Some clubs have been quite enlightened and employed black managers [...] but not many people are prepared to take a chance on them.

"Clubs need to be bolder with their recruitment, they need to think outside the box a little bit. It's certainly not a blanket criticism but football clubs are short-termist in their thinking.

"Clubs need to do that as a whole and then black players can aspire and black coaches can develop and see the benefit of that as well." 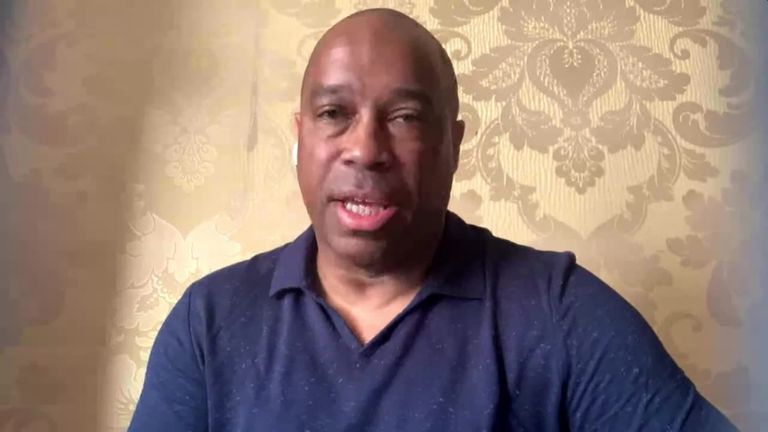 Kick It Out's Troy Townsend say English footballing bodies are failing when it comes to tackling the problem of racism.

'Ask tough questions of your leaders'

"It's a leadership issue. Ask your leaders, what are you doing around this subject?" Onuora added.

"That's the challenge for everyone in any organisation, look at the people leading and ask tough questions of them. What's your motivation to lead?

"This is for sectors all across the country, once we start doing that then we can shift the dial."