Tottenham briefly went top of the Premier League on Sunday for the first time in six years thanks to a 1-0 win at West Brom and Paul Merson thinks the north London club can challenge for this season's title with Jose Mourinho at the helm; Merson also backs Chelsea to compete for the league

Jose Mourinho is the key to any potential Tottenham title bid this season, says Paul Merson, who also praises Harry Kane's transformation, before going on to suggest another possible surprise winner of this season's Premier League...

Mourinho knows what it takes to get Spurs over the line

It's a hard question to answer (can Spurs win the league?). They are going to be very reliant on Harry Kane.

But, to be fair, results like the win at West Brom, they win you league titles. You look back on results like that and come what may, you remember it as a difficult game against one of the teams down at the bottom, who couldn't win a game but turned up on the day, and it turns out to be an important win.

That's what you are up against if you want to win the Premier League. You watched West Brom against Fulham and they were atrocious. You start to think Tottenham have only got to turn up on Sunday morning and as long as they don't forget their boots, they'll win the game and move on.

But in the end, it was a very hard game and Mourinho is probably sitting there asking himself why they didn't turn up and play like that against Fulham. That's how hard the Premier League is.

Can Spurs go on and win the title? It's not impossible and that's because they've got a serial winner as a manager. They've got a chance because Mourinho is in charge and has won it before. He knows what it takes to get over the line.

Can the players keep producing week in, week out? Only time will tell, but having Mourinho at the club gives them an advantage.

Mauricio Pochettino was a good manager, don't get me wrong. However, they've now got more chance of winning the title because of Mourinho. He knows what you have to do week in, week out and then all over again.

You have to be there or thereabouts all the time. You cannot be giving teams six, seven or eight-point head starts, and they are right in the mix at the moment.

A word of caution, though. Everyone's talking about the title and because it is November, people think we're nearly halfway through the season. Usually we'd have played about 15 games by now and that's a massive difference, but we've only played seven or eight games.

But when Mourinho won the title at Chelsea, they always got off to a flyer. He's the only manager I know who treats every game like it is the last of the season. Every point mounts up and Mourinho always flies out of the stalls in a title-winning year.

Jose's not here to entertain, but to win 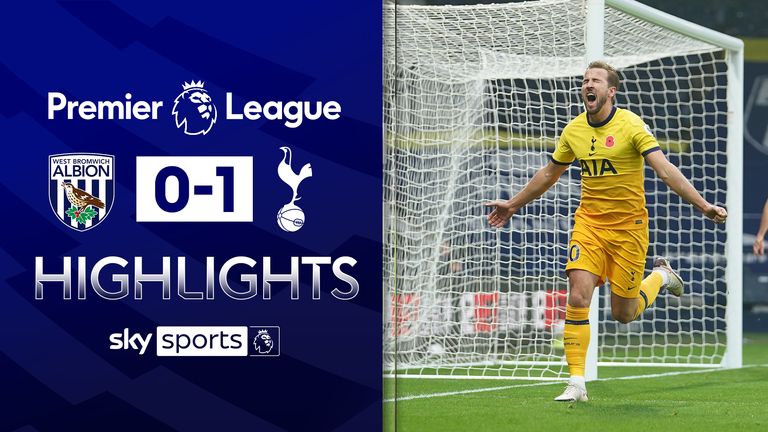 I'm one of Mourinho's biggest fans, but I have been critical of him.

When I was critical, it wasn't about him as a manager, because you cannot knock someone who has won all those trophies. It doesn't matter when he won those trophies, he's won them. They are on the CV.

My only question mark was whether Kane would be able to get 30 goals in a season being in a Mourinho team.

Mourinho is a winner. He doesn't mind winning games 1-0. He's not there to entertain people, he's there to win football matches. If they entertain and end up winning 3-0, then fair enough, but he is one of those managers that wins a game 1-0, puts it into the back pocket and moves on to the next.

Fans will moan that it was only 1-0, but Mourinho won't care, and that comes with experience.

But now, with Kane on fire and the other attacking players they've got at their disposal, they've got a chance. A real chance, but, for me, I just can't see past Liverpool.

Remarkable Kane has changed his game

Kane is a special player. He's changed his game a bit now as well. He starts drifting off into the No 10 position and he can spray the ball around the park. He's showing he's got vision and it is like he's the all-round package.

There are not many players about who can go up front and be a target man, be strong, put his body in the way, score goals and then in the game, he can drop off and hit a 30-yard ball through the eye of a needle and knit play together.

There are not many of those players around, if any. 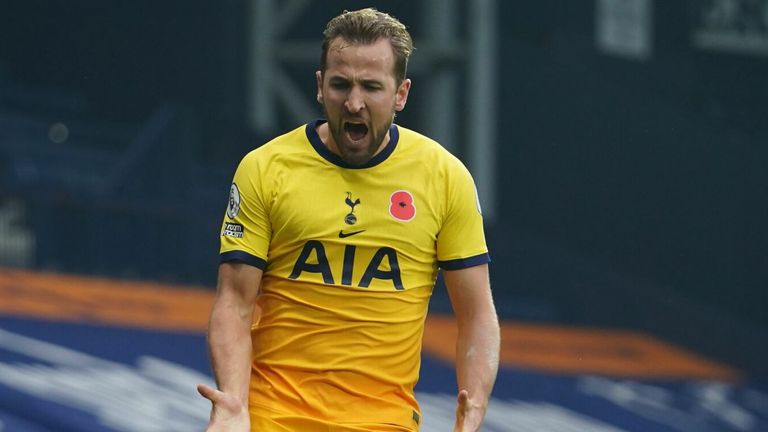 It's like having Alan Shearer, who played up front as a No 9 and then there's Teddy Sheringham as a No 10, and Kane can play both of them. Shearer couldn't drop off and play as a 10 and I don't think Sheringham could play the Shearer role.

For Kane to be able to do both, and they were special players, is remarkable.

This is where Mourinho is special. He sees things others don't. He sees what he needs, and he doesn't just go out and buy players for the sake of it.

In Pierre-Emile Hojbjerg, they needed that ball-winning midfielder to break things up and then there are the full-backs.

I couldn't believe Wolves let Matt Doherty go. For the price Wolves let him go for, I didn't get that one at all.

That's where Mourinho is so good, and I as I said earlier, as long as he's in charge, they've got a chance. It's not impossible at all, but again, we are only seven games in, and you could not write the script of the league so far this season.

Don't rule out Chelsea for the league either 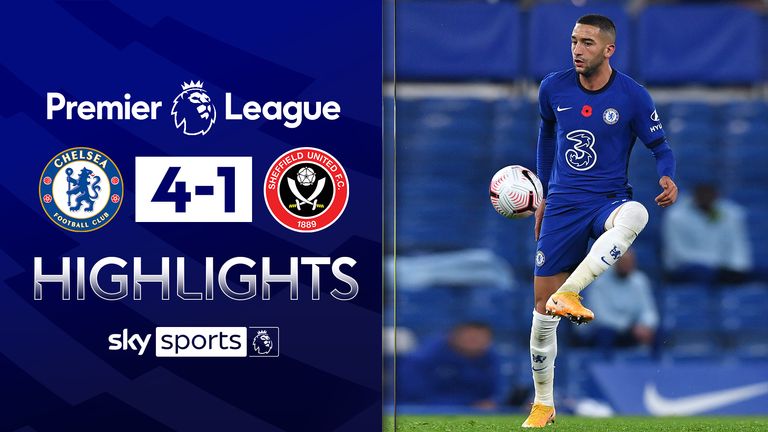 FREE TO WATCH: Highlights from Chelsea's win over Sheffield United in the Premier League

If we are going to talk about Tottenham winning the title, then Chelsea are right in the mix. If Spurs can win it, then for sure, Chelsea can win it.

Frank Lampard has now got who he wants in key positions and you can really see the difference.

Thiago Silva is world-class. They've got two full-backs who are as good as any in the league and for me, they [Reece James and Ben Chilwell] are the two England full-backs, in my opinion. They are outstanding. Silva is also only going to make Kurt Zouma a better player and the goalkeeper Edouard Mendy is solid.

I know Sheffield United are down at the bottom at the moment, but they are a hard team to play against. They are organised and when you go 1-0 down, you know it's going to be a difficult evening.

Lampard does have one problem though...

It's coming from everywhere too. Hakim Ziyech has got a left foot that can open a can of worms, Timo Werner scores plenty of goals, Tammy Abraham looks like he's getting better and then there's Mason Mount. They've just got so much attacking talent.

Kai Havertz wasn't even in the squad because he was unwell and Christian Pulisic is injured too. Mateo Kovacic played on Saturday, but he hasn't been playing. That's going to be the problem Chelsea have to contend with going forward.

Is the squad too big? It depends how far they go in certain competitions, but that is where Mourinho was great. If you look at his Chelsea team and the squad he had at Stamford Bridge, you never heard anybody moaning.

From the outside, you always thought, 'wow'! How do you keep all those players happy? There's got to be an art to it because when you've got that quality of player, to keep them all happy when they are not playing is a major skill.

They also have to play a better quality of opponent in the games coming up, but everything at the moment looks good.