Zlatan Ibrahimovic top scorer in Serie A: How is he still doing it in his 40th year?

Zlatan Ibrahimovic is the top scorer in Serie A and has AC Milan back at the top of the table. How is he still so good? Former team-mate Ashley Cole reveals the mentality that saw Ibrahimovic fight back from injury and explains why he is not finished yet...

Why run when you can fly? That was the pithy message that Zlatan Ibrahimovic sent out after his overhead-kick winner at Udinese. There is always a soundbite when it comes to the Swede but the astonishing thing is that in his 40th year, he still has the answers.

Against Verona on Sunday, with AC Milan set for defeat, his skied penalty looked set to prove costly. Still he had the last word. A last-minute equaliser maintaining Milan's unbeaten start to the Serie A season. They remain top. He remains Italy's top scorer.

Eight goals in five games. Despite missing two matches because of Covid-19, he is the master marksman aiming to be capocannoniere once again and this flurry is no fluke.

The chances are still flowing, the ball still seemingly drawn to him inside the penalty box. Former Milan team-mate Antonio Cassano insists that Ibrahimovic is still the best player in Serie A and others are beginning to accept that he might just be right.

There will be those who argue that it says much about the standard of Italian football right now. The truth, surely, is that it says far more about the extraordinary staying power of Ibrahimovic.

Three-and-a-half years have passed since that cruciate knee ligament injury when playing for Manchester United against Anderlecht robbed him of his big moment in Stockholm.

The 2017 Europa League final looked like the perfect send-off. He was already 35, after all, and a major injury surely confirmed that his days at the top were over. When he battled back to fitness only to be deemed surplus to requirements by United, that seemed to confirm it.

What has followed, in the United States with Los Angeles Galaxy, and with his triumphant return to Milan defies some logic. But those who know Ibrahimovic and the mentality that has driven him throughout his career, can help to explain the seemingly inexplicable.

"I am not surprised," Ashley Cole tells Sky Sports. "I had the pleasure of playing with him. I got to see the professional that he is. The hard work that he puts in behind the scenes.

"The physique that he has shows the work that he puts in off the pitch after having a serious injury. To come back with everyone thinking he had gone to America for a holiday, to be top scorer in Serie A, I think it is a credit to his professionalism and to him as a man."

Ibrahimovic was back in action for Manchester United just seven months after suffering that ligament damage. His prompt return sparked the line about lions recovering differently to humans. But his subsequent struggle to make an impact was a worrying sign.

What sets Ibrahimovic apart from so many others of his age, is that when he moved to Los Angeles in March 2018, he refused to relent. The work continued. He built himself back up.

"Most of it was gym work," reveals Cole. "He'd had that serious injury, the injury that kept him out, of course, at Manchester United. I saw that hard work he did in the gym. The ability and the aggression that he has when he is pushing these weights around.

"On the pitch and at the training ground, you would not have thought that he was nearly 37 years of age at the time. He was always ready to train, he was always willing to train. He gave 100 per cent in training. That work ethic, that mentality, never changed."

There are those who perceive his treatment of others as problematic and it is easy to see why. Kingsley Coman, a youngster at Paris Saint-Germain during Ibrahimovic's time in France, complained that he provided no advice and only cared about himself.

That behaviour manifested itself on the pitch in Los Angeles where any words spoken tended to be negative ones. A bemused Florian Jungwirth of San Jose Earthquakes recalls the memory of Ibrahimovic "really insulting" his colleagues throughout one particular game.

There was the video of him pushing Galaxy team-mate Sebastian Lletget away as he prepared to face a free-kick. Lletget later said that he never felt free while playing alongside Ibrahimovic, even admitting that there were times when he wanted to walk off the field.

"It is tough to play against him and tougher to play with him."

As Ibrahimovic's former international team-mate Anders Svensson saw it, it was as if he was trying to test new players. "It is like he wants to break them down to see what they can do." 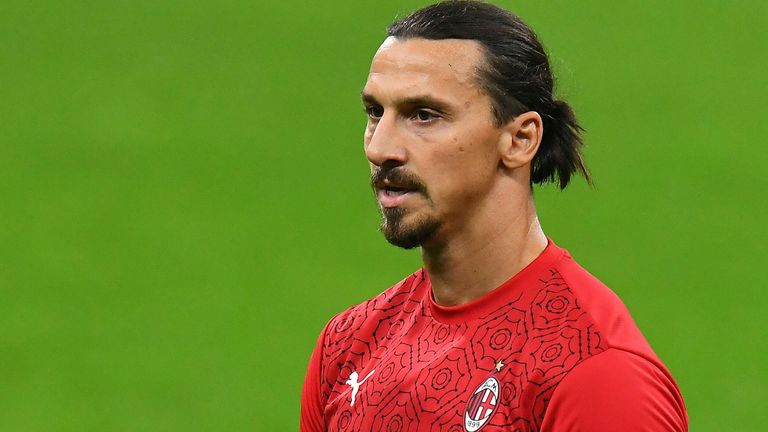 Cole is more balanced in his recollections. Although the first two words that he reaches for when asked to describe Ibrahimovic's character are "crazy" and "wild", he prefers to focus on the positive contributions of a player who scored 52 goals in 56 appearances for the club.

"No, he was a good team-mate," he says. "At times, some players maybe could not handle him with his strong words. To be his team-mate, you have got to be mentally tough. You have to take it with a pinch of salt at times because he is just trying to push you to be better.

"It certainly did work at times with the younger players. They improved playing with him. Others maybe dipped a bit because they could not handle it. But it was a pleasure to play with him and he was somebody that we needed in the dressing room at the time."

That is the crux of it. Ibrahimovic is demanding but high standards matter.

When Portuguese midfielder Joao Pedro revealed the words that were spoken after Galaxy surrendered a two-goal advantage to lose 3-2 to Houston Dynamo, Ibrahimovic's comments were reported as an idle boast about owning an island. It fitted the stereotype.

The reality is that he was letting his team-mates know how much this mattered to him, how much he craved success for himself and for others at LA Galaxy, despite all his wealth.

"He gave us a talking to," said Joao Pedro.

"He said, 'If you are going to come here to go to the beach or take a walk in Hollywood, just say so. I have 300 million in the bank and an island. I don't need this'."

That is the mentality that he has brought back to Milan.

This is a group that needed it, a club that has not won the title since his previous stint, one that has not finished in the top four of Serie A for seven seasons now.

They need his goals, but they need his personality too. Paolo Maldini, the Milan legend turned sporting director, says that "it is not only his importance on the pitch but also the competitiveness that he has brought" back to the Milanello training ground.

Former chief executive Adriano Galliani points out that Ibrahimovic will demand more "if he notices that any member of the team does not give their best during training". Asmir Begovic, who was on loan at Milan alongside Ibrahimovic last season, confirms it.

"He just holds himself to the highest standards each and every day," Begovic tells Sky Sports. "He holds his team-mates and everyone at the club accountable to those standards. I think it drives everyone to do better when you have someone of his presence in the locker room."

There is a softer side too.

"Behind closed doors, he is a normal guy," adds Begovic. "He likes to joke, have fun and banter with everyone. Of course, the public persona is a different kettle of fish."

"The thing is that he is a quiet person. He might play to the cameras at times and want to be thought of as having that persona but he is a quiet guy. He comes in and he enjoys the dressing room with all the lads. He is a very good team player. Then he goes home. His kids are getting bigger now so he spends time with them. He is a family man."

Even so, Cole laughs at the thought of what it would be like to play under Ibrahimovic if he were ever to turn to management when his long playing career finally does come to an end.

"He would definitely have got the best out of me but whether I would have lasted a full season under him, I don't know," he says. "I would not like to be a player under him."

Playing with him, however, tends to work out rather well. Thirteen times his team has topped the table at the end of the season. Fourteen would be truly sensational.

But the signs are good. Milan have built a talented young team with Rafael Leao and Alexis Saelemaekers in the wide positions and Franck Kessie and Ismael Bennacer in midfield. All four are at least a decade-and-a-half younger than the man who is leading the line.

Together with 26-year-old Hakan Calhanoglu pulling the string in support, they are providing the service. Ibrahimovic has had more touches inside the opposition penalty box - 57 - than any other player in Serie A. The result is that he has had 32 shots too.

Milan have movement. Their striker is doing the rest.

"Seeing these players play around Ibrahimovic is so beautiful," says former Milan striker Andriy Shevchenko. "I think Zlatan has found the right environment."

More than that, he has helped to create it.

Cole knows Italian football from his time at Roma but he stops short of agreeing that a league with a reputation for a measured approached is suiting his ageing frame better. This is no resurgence. Instead, it is a continuation. Wherever he goes, Ibrahimovic does not stop.

"If I am honest, anywhere suits him. He is getting older, of course he is. He is nearly 40 years of age. But with that mentality that he has, with that will power that he has to not lose and to still be the best or to think you are the best, that drives him and pushes him through.

"I definitely think that if he came back to the Premier League now he would still be a handful for teams to play against. I'd expect him to score goals at any level, to be honest."

But how long can he continue?

"If you ask him, he would probably tell you that lions don't mix with humans or something like that," adds Cole. "I think he will go on until his body feels like he cannot handle it and he is not feeling that love for the game. But I think he will still play for another year."

At this rate, that could be many more goals away yet.