Ferran Torres stars as Joachim Low's side are humiliated; Spain qualify for the Nations League finals having finished top of Group A4 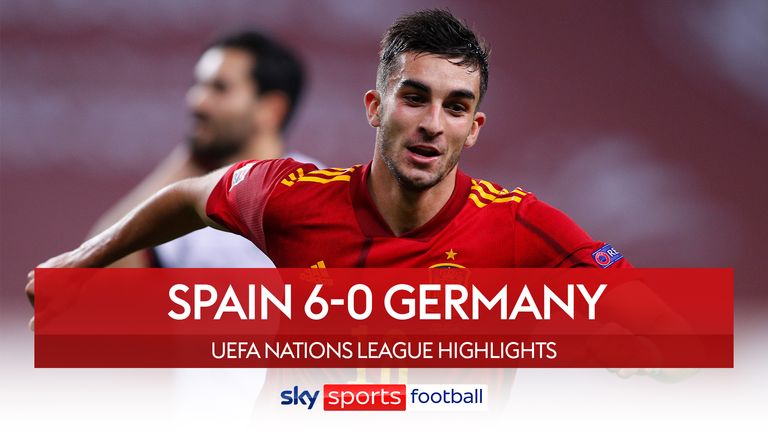 Spain inflicted Germany's worst defeat since 1931 as Ferran Torres scored a hat-trick in a 6-0 victory in the Nations League.

In a frighteningly one-sided Group A4 encounter, Alvaro Morata got the ball rolling before Torres netted the first of his three goals after Dani Olmo had hit the bar. Torres' Manchester City team-mate Rodri headed home a third as Germany's woeful defending made life easy for Luis Enrique's side.

The one-way traffic towards Manuel Neuer's goal continued after the break with Torres firing home twice to grab a memorable hat-trick and substitute Mikel Oyarzabal completed the rout.

The emphatic victory means Spain join France in the four-team Nations League final tournament. They will be joined by either Belgium or Denmark from Group A2 and Italy, Netherlands or Poland from Group A1.

Morata broke the deadlock in the 17th minute with a towering back-post header from a corner - but then saw another close-range effort ruled out for a debatable offside call.

City winger Torres made it 2-0 after 33 minutes when he volleyed the ball in after Olmo's header hit the crossbar.

Germany, who had only needed a draw to win the group, fell further behind just five minutes later when City midfielder Rodri nodded in from a corner.

Spain captain Sergio Ramos - who saw two penalties against Switzerland saved - was forced off just before half-time with what appeared to be a hamstring problem.

It was 4-0 after 54 minutes when Spain left-back Jose Gaya made the most of some uncharacteristic wayward German defending to set up another for Torres.

The City winger completed his hat-trick with 18 minutes left when he curled a first-time shot past Manuel Neuer.

Substitute Mikel Oyarzabal knocked in a late sixth to complete a memorable victory for Spain.

Relegation in the group is still to be decided after Switzerland's clash with Ukraine in Lucerne was called off following more positive Covid-19 tests in the visitors' camp. 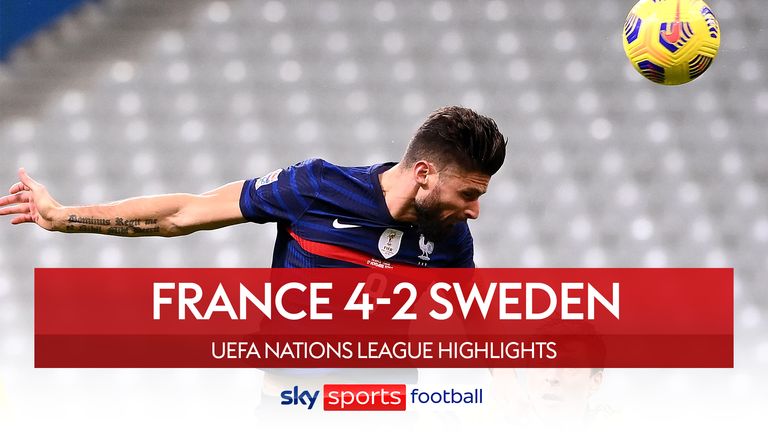 Olivier Giroud scored a double as he showed his worth for France again to help the world champions beat Sweden 4-2 at home in the Nations League.

Sweden, who reduced the arrears through Robin Quaison before France's Kingsley Coman wrapped it up in stoppage time, were relegated into League B. 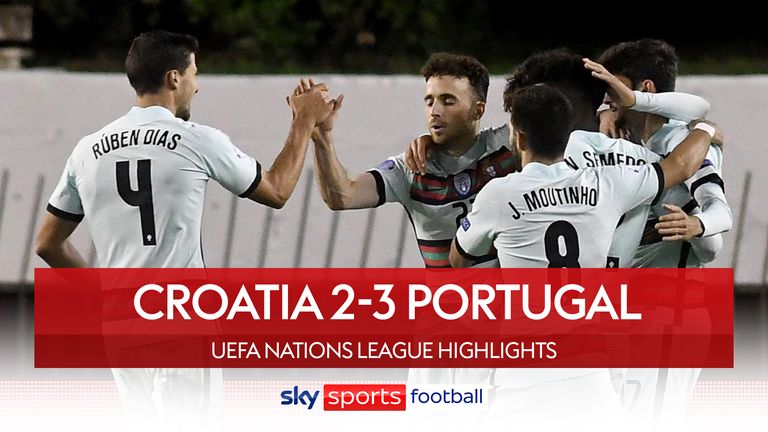 Portugal, the inaugural Nations League winners, scored a late winner from Manchester City defender Ruben Dias to sign off with a 3-2 win over Croatia, who finished with 10 men in Split.

Mateo Kovacic put the home side ahead when he tucked in a rebound after 29 minutes, but Croatia - who themselves could have been relegated if results went against them - had Marko Rog sent off for a second caution soon after the restart.

Manchester City defender Dias equalised in the 52nd minute with his first international goal, with Joao Felix adding a second for Portugal on the hour.