Tottenham's second string failed to impress in the Europa League on Thursday but does their Premier League form hint at a change of mentality under Jose Mourinho? Watch Tottenham vs Arsenal live on Sky Sports Main Event from 4.15pm this Sunday; Kick-off 4.30pm

"We were so upset every time we listened to some people say bad things about the Spurs mentality," said Mauricio Pochettino as he reflected on his time in charge of Tottenham during his guest appearance on Monday Night Football last month.

The 48-year-old went a long way to changing perceptions of Spurs during his five-and-a-half-year tenure in north London, guiding the club to four consecutive Champions League finishes and adding steel and substance to a side traditionally known for its flakiness.

Still, though, there remained a lingering sense that Spurs were prone to falling at the final hurdle. Title challenges, although odds-defying in the first place, faltered at key moments. Trophies continued to elude them. The mental blocks of the past still seemed to be in place.

Jose Mourinho was brought in to change that, to turn Spurs into winners, and recent evidence - in the Premier League, at least - hints at progress.

Spurs went top for the first time since 2014 with their defensively disciplined and ruthlessly efficient 2-0 win over Manchester City last month. They then ensured they stayed there by grinding out a goalless draw with Chelsea a week later.

The playing style has changed. It is less expansive and more defensively minded than Spurs traditionalists might like and that remains a bone of contention for some. But the debate over Mourinho's methods has gone quiet lately.

It is difficult to argue with recent results, after all, especially when the side is demonstrating the kind of mental fortitude and steely ambition that supporters have long craved.

It is not just Mourinho who has noticed the difference.

"At the time I signed for Spurs, I think they were sixth, seventh in the league all the time," Toby Alderweireld told Sky Sports last month. "Sometimes they were fourth, but I think we closed the gap massively by reaching the Champions League almost every season. 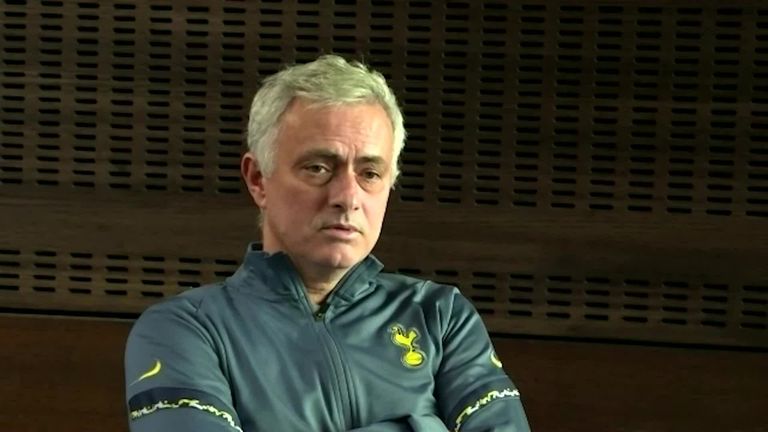 Jose Mourinho says the 2,000 fans who are able to get tickets for Sunday's game between Tottenham and Arsenal will feel 'privileged'

"Now, [we have] the mentality that the top four is not enough and I think that is the biggest improvement. If we get top four, it's good, but we want a prize. We want to maybe do something special. That's the feeling you get now. It's not easy, especially in the Premier League, but everyone is doing everything in their powers to make the next step."

Speaking to Mourinho ahead of last season's meeting with Arsenal at the Tottenham Hotspur Stadium in July, it was clear that he was still waiting to see his win-at-all-costs mentality take hold at Spurs.

"I want the team to be a reflection of what the coach is," he told Sky Sports. "When that happens, that's when you feel, 'This is really my team.'

"This is something that is not a finger click. It's a process. But if you have that feeling that it is your team even when you lose matches - because you will always lose matches - then that is when you are really happy."

That process seems to have accelerated ahead of Arsenal's next visit, four months on from the last one, on Super Sunday, and that's partly down to the changing profile of the squad. Mourinho was able to bring in his own signings this summer. Gareth Bale, Pierre-Emile Hojbjerg and Sergio Reguilon arrived and so too did several others. But there is also greater maturity among the players who were already there.

"I think we still possess a lot of the qualities we had during that spell [under Pochettino], but I think we're all a bit older, a bit more mature," Eric Dier told Sky Sports this week. "We've all seen a bit more, and we're ready to do different things compared to when we were younger. I feel like it's a much more mature team.

"[Mourinho] is definitely putting his stamp on the club, on the team, and on the players individually," he added. "He is definitely implementing the things he wants us to see. He wants us to be a representation of himself. 'Tough' is one of the words I'd use to describe him - and this team."

Spurs will need to show that same toughness in Sunday's north London derby. They are facing an Arsenal side whose form is the opposite of their own - this is the Gunners' worst start to a league season in almost 40 years - but Mikel Arteta's men will be out to put those struggles behind them.

It is down to Spurs to prove the recent progress is for real - and that their mentality has indeed shifted. Another hard-fought victory over Arsenal would add to the sense of progress. But how they respond to adversity, whether it comes this weekend or further down the line, will be the tougher test and the players know it. 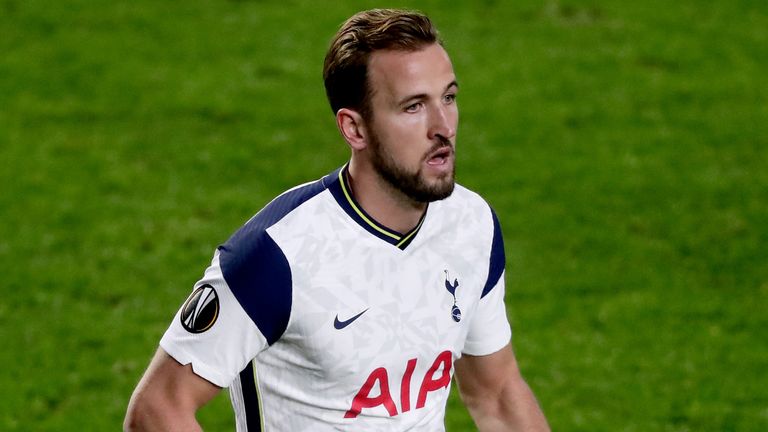 "We're going in the right direction, but we have to keep going because in the Premier League everything can change in two weeks," said Alderweireld. "We need to understand that there are going to be difficult times and be ready to handle those situations," added Dier.

Nothing would prove a shift in mentality quite like Alderweireld and Dier, two players who have been there since the early years under Pochettino, playing important roles in a Spurs season which finally ends with silverware. Manage that and Tottenham's transformation will at long last be complete.