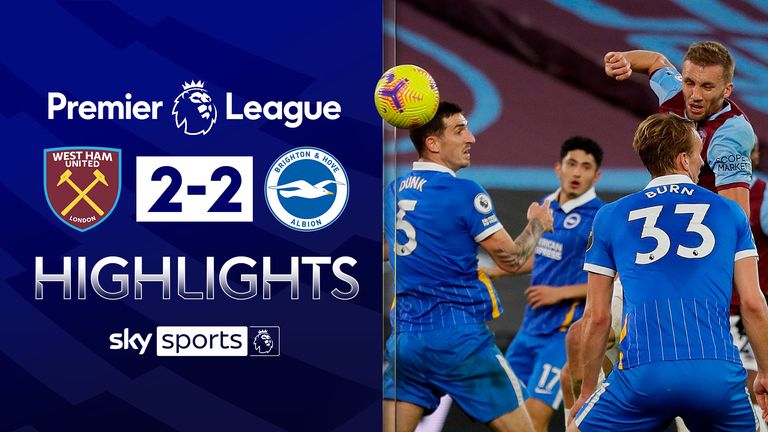 FREE TO WATCH: Highlights from West Ham's draw with Brighton.

West Ham came from behind twice to secure a 2-2 draw with Brighton at the London Stadium.

The Hammers were lacklustre during a first half played at a slow tempo and were punished one minute before the interval when Neal Maupay capitalised on calamitous defending to stab his side ahead.

David Moyes called upon Manuel Lanzini and Andriy Yarmolenko at the break in place of Jarrod Bowen and Mark Noble and his side immediately upped the ante to apply pressure on Graham Potter's men.

Yarmolenko caused chaos with a left-footed cross on the hour, which left Tomas Soucek and Lanzini scrambling for scraps - leaving 20-year-old Ben Johnson to fire past Robert Sanchez and score his first goal for the club.

Brighton restored their lead 10 minutes later after Lewis Dunk evaded Soucek to gather a corner in his midriff, which was checked and cleared by VAR, to smash his effort into the roof of the net from close range.

But the Hammers' threat from set-pieces proved to bite Brighton eight minutes from time, with Soucek storming through a crowd of defenders to head home his side's second leveller and secure the draw.

How the Hammers battled back

All signs suggested West Ham would leave this home fixture empty-handed after a woefully static first-half performance without one attempt on target and equally poor defending was to blame for Maupay's opener.

Maupay failed to connect with Dan Burn's low cross after good work down the left flank from influential wing-back Solly March but was handed a second attempt after Angelo Ogbonna and Declan Rice fluffed their lines, to fire the Seagulls into a deserved lead.

But David Moyes' side looked revitalised in the early stages of the second half, with substitutes Lanzini and Yarmolenko pulling strings in central areas and down the right flank, respectively. Indeed, Yarmolenko's lifted cross wreaked havoc, with the ball rolling into the path for Johnson to fire home the equaliser.

Brighton regained dominance and gave West Ham a dose of their own aerial prowess, with Dunk emerging superior over fellow aerial powerhouse Soucek to cushion the ball controversially and then smash past a helpless Sanchez.

But the Hammers struck back in similar fashion, with Soucek making amends for failing to clear from Dunk at the other end by charging through a crowd of Brighton defenders from a corner to rise over a static Ben White and head home the equaliser.

"I'm pleased because of the resilience. They kept going when it wasn't going well. We didn't perform well, particularly in the first half. We were really slow, didn't move well and we didn't pass it well.

"It could be the time of year, the games, it could be because we were playing against a really good footballing team, it could be for lots of reasons." 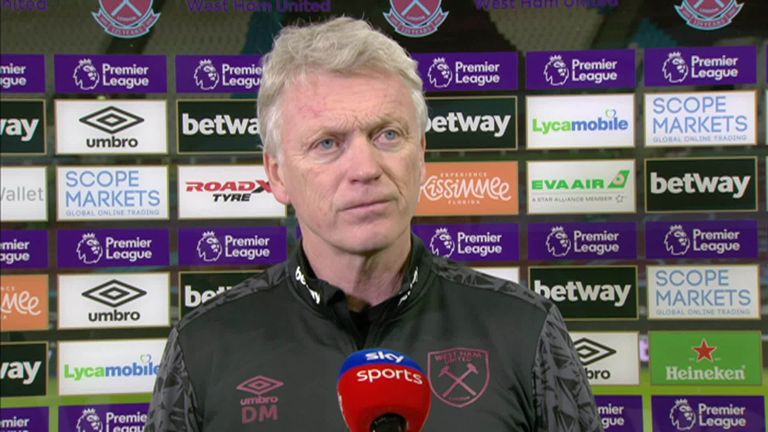 West Ham manager David Moyes says he was pleased that his side fought back twice from being behind during their 2-2 draw at home to Brighton.

"Disappointed not to take three points. It was there for us but sadly not to be. We didn't defend the corner well for the second goal. Those details, at this level, are what you get punished for. So that's on us, we have to do better there.

"Maybe we could have kept the ball a bit better in the second half but I felt relatively comfortable in the game, so disappointed not to get the three [points]." 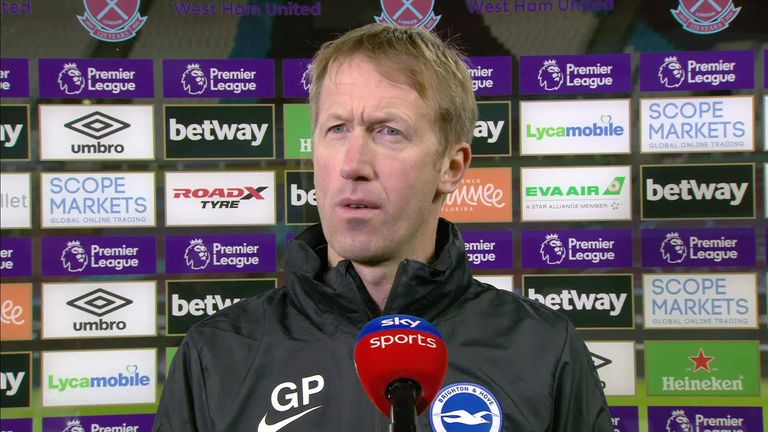 Maupay attempted a team-topping three shots at goal but it was his only one on target that got his team off the mark. His trickery also won his side two free-kicks and his relentless activity proved a constant menace for West Ham's defence.

West Ham face a midweek trip to Southampton before travelling to Everton on New Year's Day, while Brighton are set to host Arsenal on Tuesday before facing Wolves at the Amex this weekend.