Dermot Gallagher on Rodri's tackle on Tyrone Mings ahead of Bernardo Silva's opener for Manchester City: "Morally this is not good, but the referee is hamstrung by this technicality saying once Mings takes ownership of the situation, there is nothing the referee can do about it" 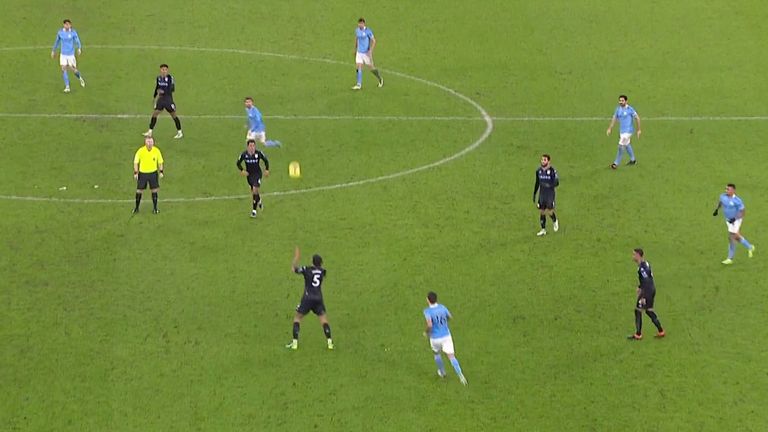 Manchester City benefited from a loophole in the offside law in the lead up to Bernardo Silva's goal in the 2-0 Premier League win against Aston Villa, says former referee Dermot Gallagher

Villa's players and bench were enraged when referee Jon Moss, and VAR official Andy Madley, allowed City midfielder Rodri's part in Bernardo Silva's 80th-minute goal which would ultimately play a major part in their side's 2-0 defeat at the Etihad Stadium on Wednesday night.

Villa boss Dean Smith was sent off for comments made to Moss and fourth official David Coote, after watching Rodri stroll back from a clear offside position to tackle Tyrone Mings and set up Silva, who rapidly dispatched the first goal of the night.

Gallagher stated Rodri had taken advantage of a caveat in the laws whereby an attacking player is played onside at the point a defender intentionally plays the ball, but said it was "morally not good" that it should be allowed to stand.

"It's very unpalatable, it's a loophole, there's a number of issues here," he told Sky Sports News. "Rodri being in an offside position is not an offence, once Mings decides to play the ball it's what's termed in the laws of the game as a natural football movement, he takes ownership of that situation and therefore Rodri can get involved.

"Once that happens, they score this wondergoal, but the issue that follows is that the assistant, Darren Cann, a former World Cup final assistant, one of the guys at the top of his field, he's relayed to the referee where the player is because they talk all the time.

"He will say Rodri's in an offside position, I'm watching and monitoring him, he will then see Mings try to control the ball, and once he takes it on his chest he will tell Jon Moss that Rodri can again take part in play again.

"The game goes on, the goal's scored, the VAR will check the goal because they check all goals. Is it valid? They have heard what Darren Cann's said, so there's no need to go to the screen.

"I use the word 'unpalatable' because I think it is. I think Dean Smith hit the nail on the head, and said no one in the stadium thinks it's a valid goal. That's the moral issues, the real law issue is that it is a goal and referees can't pick and choose, so it is a goal. 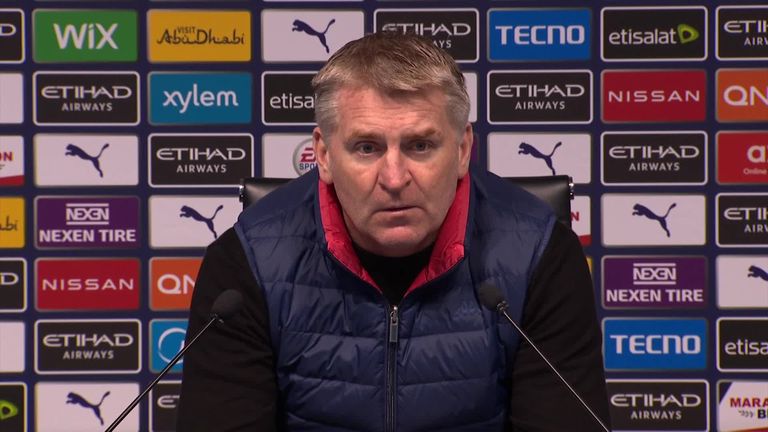 "Morally this is not good, but the referee is hamstrung by this technicality saying once Mings takes ownership of the situation, there is nothing the referee can do about it except allow Rodri to play."

When has this happened before?

The 'loophole' regarding offside players being allowed to become involved in play was introduced in 2013, and this is not the first time it has caused controversy since then.

Gallagher pointed to a previous example where Harry Kane, in an offside position, was played through and won a penalty against Liverpool in February 2018 after Dejan Lovren scuffed a clearance into his path - with Moss, also the referee that day, pointing to the spot after a discussion with his assistant.

"In that situation, Kane is offside and Lovren goes to clear the ball. As he does, he slices it and it goes through to Kane, who is taken out for a penalty.

"There's no VAR, but the referee goes over to the assistant, asks where the players are, and he's told Lovren takes ownership of the situation, very much like last night. 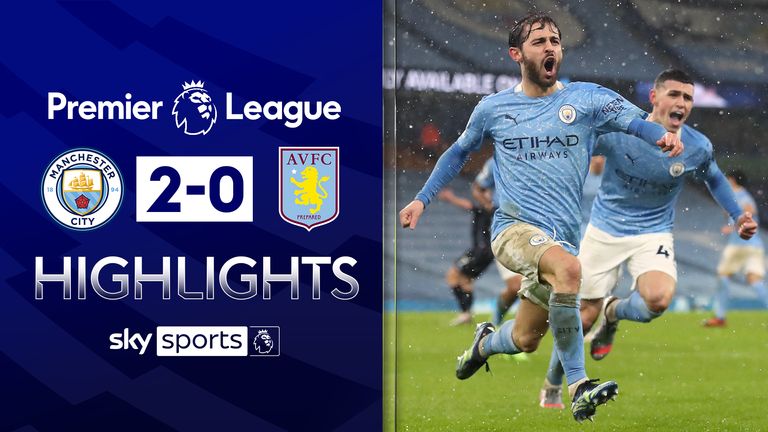 FREE TO WATCH: Highlights from Manchester City's win over Aston Villa in the Premier League

"Will the loophole be closed? I don't know, only the lawmakers can decide that, but now it remains to be seen whether managers will try and circumvent it in the future."

Agbonlahor: The law needs to change

After Mings took to Twitter to say he had not been aware of the rule before Wednesday's game, the ex-striker suggested the Premier League should also look at ways of making sure players were aware of how they could be caught out.

He said: "The big thing is that the players don't know this rule. Mings has come out on his Twitter and said he didn't know the rule. If he'd known that, I'm sure he'd have tried to clear it first-time.

"He's probably thought he could take it down, worst-case Rodri will be given offside, I think the Premier League have to communicate to all players and managers to make it known. What if it was the last game of the season, it happened to a team and they got relegated? Imagine the uproar.

"It's a nonsense of a rule, Rodri's offside, Mings has got the ball down, he's gone to play out from the back, and Rodri's taken it off him. For me, it has to be changed, or make sure everyone knows about it if they will not change it."