Steven Gerrard on 'pride' at Rangers 150 milestone, handling Ibrox 'heat' and learning as a manager

"I've enjoyed every minute... I knew the history... but it's not until you're actually in this seat that you do feel the intensity and the size and the magnitude of the challenge"; 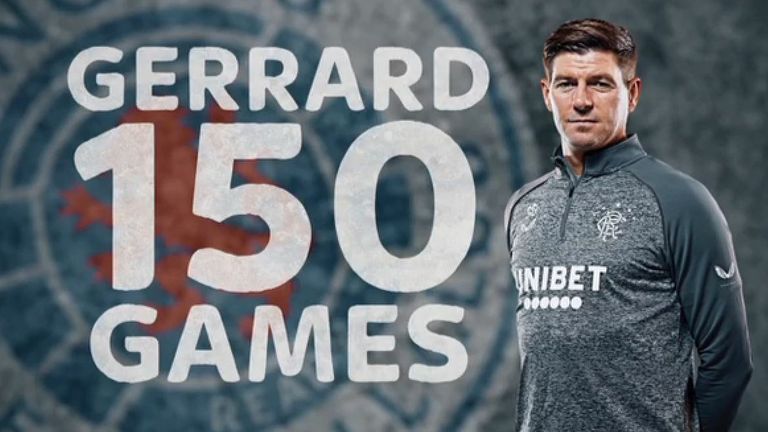 After reaching a Rangers milestone of 150 games in charge, Steven Gerrard speaks exclusively to Sky Sports about life in the Ibrox hotseat

Steven Gerrard has reached the milestone of 150 games as Rangers boss but what has life really been like in the Ibrox hotseat?

Rangers turned on the style as they marked their manager's landmark with a 5-0 rout of Ross County, moving 23 points clear at the top of the Scottish Premiership.

Gerrard's runaway league leaders head to Hibernian looking to take one step closer to the league title but ahead of Wednesday's clash - live on Sky - the Rangers boss took a moment to reflect on his time in charge so far.

From handling the scrutiny to learning as a manager, Gerrard lifts the lid in an exclusive interview with Sky Sports' Charles Paterson...

How enjoyable a ride has it been so far?

I've enjoyed every minute of it. We've had some ups and down along the way, that's always going to be the case - the same when you're a player; the highs are fantastic and the lows are not as nice, but that's the way it is, that's the job we're in.

To sit here and have 150 games under my belt, from a personal point of view, makes me really proud, but it's all about what happens moving forward, and it's about now pushing as hard as we can to try to become a successful team.

That's always been the challenge from day one. We're a lot close to that, of course we are, but it's very a case of taking each challenge as it comes.

You were aware of the size of the task ahead of you when you joined the club, but has anything surprised you about being Rangers manager?

I wouldn't say surprised, because I certainly knew what I was signing up to.

I knew the history of the club, I knew the tradition up here, I looked in from afar and followed this club. I knew it was a fantastic club and institution, with great support, but it's not until you actually get in and you're actually in this seat that you do feel the intensity and the size and the magnitude of the challenge and the role that I'm currently in.

It's not until you're in the seat that you feel the heat.

Management can be a pretty precarious business, and a lonely one as well. This was always something you wanted to do when you finished playing, but have there ever been moments when you've thought, "This is tougher than I thought?!"

We've had some tough days, of course, but I've never sat there and thought, "I didn't expect this" or "This is too much for me".

I think in those moments, you're looking for your support staff alongside you, which they have - they've been an absolute rock for me. The experience of Gary (McAllister), the quality of Mick (Beale), Tom (Culshaw) Jordan (Milsom) and Colin (Stewart), as my football support staff have been outstanding, the outer layers of that staff around the club and the training ground have been superb.

But the key to it all is the board. My relationship with Ross (Wilson), Mark (Allen) previously, Stewart Robertson, Dave King originally and now Mr Park (Douglas Park) who took over from him - in your tough days and times when it's maybe not going how you want it to be, that's when they show their class and their support and as an individual, I've had that from day one.

Are you a good delegator - and because of the team around you, does that ease some of that pressure on you?

I think we all try and share that pressure and demand. The buck stops with me, of course it does, but I knew signing up for this, when I had the original chats with the board before I signed up for it, I knew it wasn't always going to be perfect, and an uphill journey.

I knew there were going to be bumps and some challenges and some tough days. The questions you ask then are, "are you going to be with me when they happen, for us to grow and learn and improve?" The support I've had so far has been phenomenal.

You often talk about trying not to get 'too high' or 'too low' when results vary - is that easy to do though in a job of this intensity?

No, it's not, because football is about emotions, and I can be emotional.

That's the way I played; I tried to play on the edge, I tried to be real and authentic. I wouldn't be the person, the player, the coach or the manager I am without being emotional.

As a player, you often took games by the scruff of the neck. When you're standing on the touchline and you're kicking every ball, but you can't do that, is that the biggest frustration? 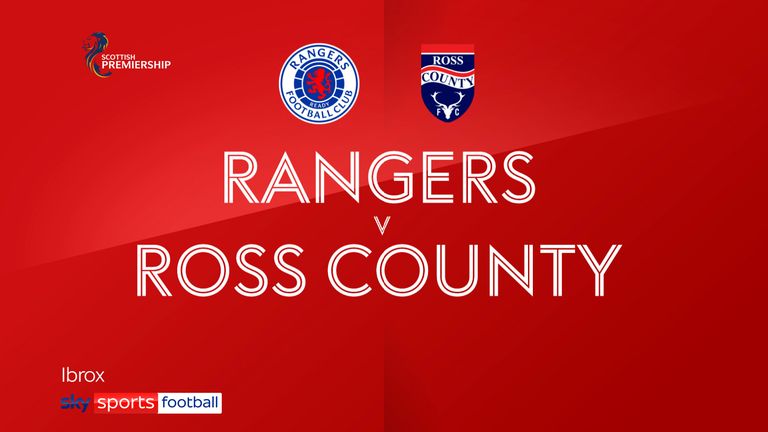 At times, of course!

I wish I could've played football forever, but it's just not the way it is. Unfortunately, age catches up with you at some point and you have to do the right thing.

I loved playing, I miss it to this day, but this is different, it's a different role. My job is different on a daily basis with the routine, I need to support the players from a different way. As a staff, we try to do everything we can to give the players the best chance of getting good results.

Have you learned much about yourself as a person, being a manager?

I think you learn every day, not just being a manager. I think with life experience and also football experience, you try and learn from your lessons and grow and evolve and become a better person and a better coach.

It's still early days in terms of the journey I want to go on, and I'm just trying to be a sponge to everything in life and keep trying to learn as much as I can.

How impressed have you been by what you have seen in Scottish football since your arrival, and did it influence your decision to come here?

The name and stature of the club was the inviting thing for me, and the size of the challenge.

I'm someone that likes to be challenged, I like to challenge myself. I'd been up here and watched Scottish football live on the eye; I'd been to quite a few Old Firm games, and I'd watched many games on TV.

Obviously, I was aware of when Brendan (Rodgers) came up here, having worked with him, [which got me] looking in even more, and when the opportunity came for me, it was one I couldn't refuse because of the size and the stature of the club, and the opportunity that presented itself.

Do you have a highlight or significant moment that's been important to you?

The first day will always stick out in my mind, turning out and seeing the reaction of the supporters. That moment when I sat down in my quiet time to realise, "I'm now the Rangers manager" - that was a surreal moment and a wild moment for me, and one I'll never forget.

In terms of highlights on the pitch, we've had many, some real fantastic results along the way. We've had some tough ones as well, but that's always going to be the case, it is football.

You've got to realise what you've come into and where you're trying to get to, and that it was always going to be a journey, but it's one I'm very much enjoying. It's a work in progress and we're in a good place at the moment, but now is the time to push even harder and turn the dial and turn the heat up.

What do you hope your next 150 games look like?

As a manager, you're always looking to be successful. We're at a club that's built on success - fantastic teams and fantastic players - and my responsibility and role is to try and add to that.

That's the pressure and the scrutiny that I live under on a daily basis, but that's why you enjoy it because hopefully one day it'll all be worth it.