Peter Lawwell has held the position for 17 years but will retire at the end of June this year; Lawwell: "An enormous privilege to have served the club"; Dominic McKay has spent 13 years at Scottish Rugby, becoming chief operating officer in 2015

Celtic chief executive Peter Lawwell is retiring from the role this summer and will be replaced by Scottish Rugby's chief operating officer Dominic McKay.

Lawwell joined Celtic as chief executive in 2003 and has since overseen a period of unprecedented success which has delivered 29 trophies to the club, including 13 league titles, four domestic trebles and participation in the last 16 of the UEFA Champions League on three occasions.

McKay takes over after 13 years at Scottish Rugby, the last six of which were spent as chief operating officer.

In a statement, Lawwell described McKay as an "excellent successor", adding: "It has been an enormous privilege to have served the club and our supporters for more than 17 years - a wonderful honour to have been part of an institution I have loved and supported all my life.

"I will always be very proud of what we have achieved together and it has been a particular privilege to be involved throughout a period in the club's history which has brought immense domestic success - as well as so many great European nights at Celtic Park.

"I first discussed the possibility of my retirement with the chairman last year and we were keen to ensure an orderly handover to a new CEO once we had found the right candidate.

"Now that the process to select Dominic McKay as my successor is complete, I feel the time is now right to announce my retirement at the end of this season." 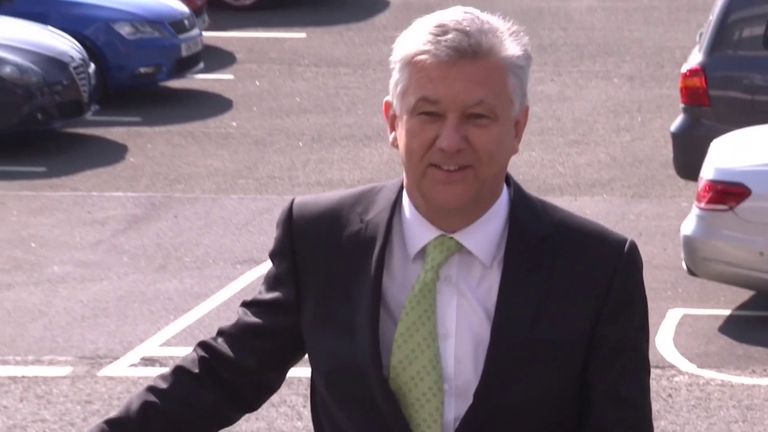 The past year has been a problematic one for Celtic with fans protesting outside Parkhead in December and the side currently 23 points adrift of Scottish Premiership leaders Rangers.

They have also been fiercely criticised for travelling to Dubai for a training camp during the coronavirus pandemic, and while Lawwell accepts it has been a "difficult year" he maintains the club is the "biggest and best in Scotland".

"It has been a difficult year for everyone in so many ways and I just wanted to take this opportunity once again to wish our supporters well," he said.

"Even in a period of such adversity, upheaval and uncertainty, which our fans have faced in their own lives and communities, so many supporters have been with us again in such huge numbers. I sincerely thank all those supporters who have stayed with us.

"Celtic will always be the biggest and the best club in Scotland and our supporters will always be everything to our success. We need our fans with us to achieve that success."

McKay said: "Joining Celtic FC as chief executive is a once in a lifetime opportunity and a new challenge I am very excited about taking on later this year. I have been incredibly impressed with the vision and people within the club and I look forward to working with them.

"I can honestly say I have enjoyed the best 13 years of my life at Scottish Rugby and made life-long friends across the sport and all its numerous Unions, partners, broadcasters and sponsors.

"I am incredibly proud of the progress the organisation has made in recent years and hope I have contributed to the strong foundations now in place, which I believe will serve Scottish Rugby well in the future."

Lennon: Lawwell's success has been phenomenal

Celtic manager Neil Lennon has praised the legacy that Peter Lawwell has created at the club.

"He's been brilliant to work for, we have had our fall-outs but he's had a huge, positive influence on my career and many others and he's a huge loss.

"Every decision he made he thought was best for the club going forward. He was devoted to the club and he will be a huge miss.

"I was still playing when he came back. Player, coach, manager, so we have come through a lot together, as well as other managers, so his success and the success the club has had during his reign is absolutely phenomenal.

"I'm sad to see him go but you know 17 years is a huge amount of time for a job as pressured as that.

"This has been something obviously in his mind, that this transition will hopefully be seamless.

"Dominic is very well thought off and Peter has had a hand in bringing Dominic to the club so obviously we wish him every success when he does step in but as far as Peter is concerned he will be a big loss to everyone at the football club."

'Right time for Lawwell to go' 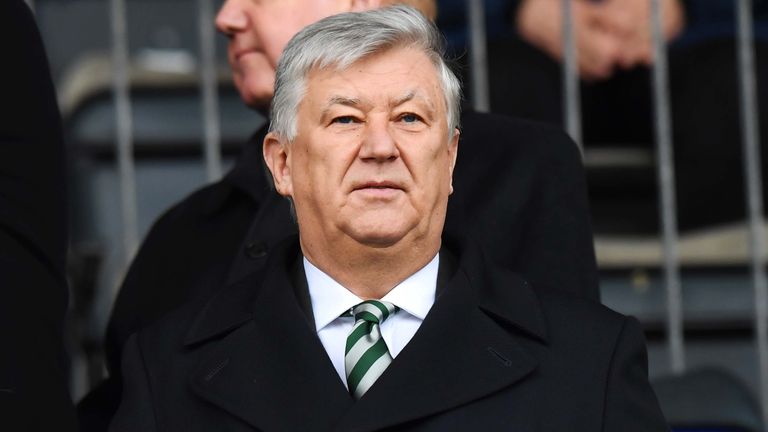 Former Celtic striker Andy Walker has praised the job Peter Lawwell has done as chief executive of the club, but feels it is the right time for him to step aside

I'm slightly surprised at the timing of the announcement from Celtic that Peter Lawwell is leaving at the end of the season. He has done a lot of good things for Celtic, but I think he has probably stayed too long.

In recent years, it was all about Celtic reaching the 10 in a row landmark and clearly that has gone wrong this season and I think in that time, Celtic should have been concentrating on being some sort of player on the European stage.

Celtic are a club set up for Champions League football and there is no reason why Celtic should not be playing at the European level.

It is important to remember we are talking about a chief executive here. He did a lot of good things, his business acumen was very well received, not just at Celtic, but across Scottish football.

And Peter Lawwell has led this team very well, but he has been hurt by the level of criticism that has come his way this season and this has been a very difficult season for everyone.

So in the end, it is a good time for Peter Lawwell to go and he has been a successful chief executive, of that there is no doubt.

He did a really good job for Celtic, but he probably stayed too long. He cuts a swathe through Scottish football and there may be some sort of vacuum left there. You, of course, need good governance off the field, and Peter Lawwell delivered that.

They had all the advantages at the start of this season, but it has all gone so tragically wrong and that is the downside for Celtic supporters.

It looks to me as if Neil Lennon is going to be in place until the end of the season, but with the announcement that Dominic McKay is replacing Lawwell, I think you will see some significant changes at Celtic - maybe slightly forced upon them by the events of this season.

And for any new chief executive coming in at Celtic, he has to identify a new manager, there will be a turnover of players, as you would always expect, and these will be the priorities.

But Celtic supporters will want to talk about a new manager, a new player and look ahead to a new season and try and improve on the park.