The absence of fans from football stadiums is contributing to a depression epidemic according to a men's mental health support network; the group reports a "massive increase" in people attending sessions and joining online support groups. 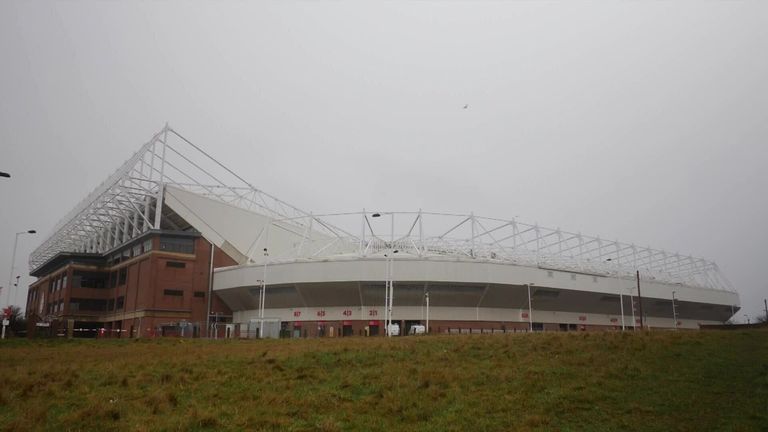 Fans being kept away from football stadiums is contributing to a depression epidemic, according to a men's mental health support network

A men's mental health support network has seen a "massive increase" in interest and is concerned that the absence of fans from football stadiums is contributing to a depression epidemic.

Andy's Man Club runs a network of free drop-ins aimed at helping men open up about their mental health problems through peer support.

"It's men with all sorts of issues and COVID has contributed to that - people on furlough, people struggling with money or feeling trapped.

"A lot of the guys who come to our sessions are football fans and they're really missing that. I know guys who sit near me at the football and that's their only social contact in the whole week.

"March will be a year since football grounds closed and that's a scary thought, that some people have been isolated for that long.

"It's a big part of people's lives and people might mock it but thousands of people come to stadiums on a Saturday, what have they got to do now? It's dangerous."

"A lot of people look forward to that Saturday, where they might not see their families all week, they work long hours and shift work and this is a release at the end of that.

"It's a massive deal, it's not just about the game itself. It's the trip to the pub and the talking and everything."

Seven months ago, the impact of the pandemic was the final nudge which convinced Steven to seek help.

"I tried to go to Andy's Man Club four times," he says. "I got to the door, and the fifth time I walked through door, and that was a huge thing for me.

"I was struggling with work, family and I was holding everything in but now I'm talking more. I'm proud that I can talk to people."

Sunderland is one of the 72 Football League clubs that are also looking to continue the conversation around mental health through the Team Talk campaign.

Fans join a weekly video call where they can discuss anything from that week's game, to memories of teams from previous seasons or how their own week is going.

In normal times he would watch the football at a friend's house but lockdown means he now watches alone, which can give rise to other issues.

"There was a period when football wasn't on at all and the weekend felt void," he says.

"And even when football has come back it's not the same.

"I can't watch at my mate's house, so the only way I could make it better and to feel it more was by gambling on it. That feeds into a gambling addiction that I already have, so it's better to have other people around."

The loss of football in stadiums and the traditional match day experience may seem a trivial thing amid more stark struggles but it is the loss of community that is contributing to a mental health crisis.

Over three nights, Sky News will host a series of special programmes examining the UK's response to the pandemic. Watch COVID Crisis: Learning the Lessons at 8pm on 9, 10 and 11 February.