Jurgen Klopp tells Sky Sports how he is trying to restore Liverpool's winning mentality and why criticism of Thiago Alcantara is unfair; watch Liverpool vs Everton live on Sky Sports Premier League HD from 5pm on Saturday; kick-off 5.30pm

Jurgen Klopp turned towards the dugout, clenched his fists, and smiled as he embraced his coaching staff. The exuberant bear hugs haven't been seen frequently enough lately but Tuesday's win over RB Leipzig was a cause for satisfaction.

Liverpool went into the game following a run of three Premier League defeats which prompted Klopp to reluctantly concede the title. But the manner of the victory in Budapest - ruthless and comprehensive - was as pleasing to Klopp as the result itself.

"It helps to convince people that the things you are doing are still right," he tells Sky Sports. "It is not too difficult to convince the team of that. But to convince others is a little bit more difficult, because when you don't have results, people ask for big changes here and big changes there."

It is three days later - "that game already feels like ages ago," adds Klopp with a chuckle - and the Liverpool manager is back at the club's Kirkby headquarters preparing for Saturday's Merseyside derby. "The games come thick and fast."

The schedule is unrelenting and while Liverpool's winning start to the Champions League knockout stages provided some reassuring familiarity, Saturday's collapse at Leicester, where a one-goal lead became a two-goal deficit in the space of seven minutes, typified their domestic struggles this season.

The champions, untouchable on their way to the crown last year and labelled "mentality monsters" by their manager, find themselves 16 points off the summit in sixth place this time around.

Mistakes have crept into their performances, leads have been surrendered too easily, and the aura of invincibility that previously surrounded the side has been lost.

Klopp knows building it back up will take time.

"This is not the first time in my life or in the players' lives that we haven't had exactly the results we want. We have to work. We have to build things again and one of the things we have to build again is that kind of mentality, to be unbeatable.

"It doesn't help if I tell you now that, from now on, we will be unbeatable again, or whatever. It's just about working on it.

"In every game, we want to be the last team the other team wants to play against. That's what we were and it's what we still are in moments, but not enough moments, to be honest."

It is hardly surprising Liverpool's mentality has suffered given the circumstances they have found themselves in this season.

One after the other over the course of the last few months, Klopp has watched his senior centre-backs succumb to season-ending injuries. Virgil van Dijk has been sorely missed, undoubtedly, but so too have Joe Gomez and Joel Matip.

The club acted on the final day of the January transfer window, signing Ozan Kabak from Schalke and Ben Davies from Preston in order to provide defensive cover. But Klopp still lives in fear of the bulletins he receives from the club's medical department.

Even Fabinho, the midfielder tasked with filling in at the back in the absence of Liverpool's natural central defenders, has been sidelined in recent weeks with a muscle issue.

"This season, when I get a message from the medical department, I always know there will be a centre-half involved," says Klopp.

"It has been like this for the whole season and it will probably be like this until the end of the season. One thing happens and it leads to the next problem. It's incredible.

"When we are close to 100 per cent, we are a real threat to everybody. But for different reasons, we haven't been at 100 per cent often enough.

"We don't take it as an excuse, we just understand it. It will not always be like this but this season we have to sort it."

It has been a challenging campaign for everyone at Liverpool. Even the usually reliable Alisson's performances have suffered. But it has been particularly difficult for the club's new signings.

Thiago Alcantara has certainly had some awkward moments since his £25m arrival from Bayern Munich, the most recent of which came when he conceded the free-kick from which Leicester scored their equaliser last weekend. Klopp, however, believes the 29-year-old's struggles have been overplayed.

"He came in late, which is just the nature of some transfers, then he got Covid, got injured, and still had to adapt to a new team - and a team which was not exactly flying with no problems at all.

"We've had to rebuild the team pretty much every three days because of changing the last line and changing a lot of things, so that's just really unlucky for Thiago. But he has played some exceptional games and had some exceptional moments on the pitch, and he is so respected in the squad. 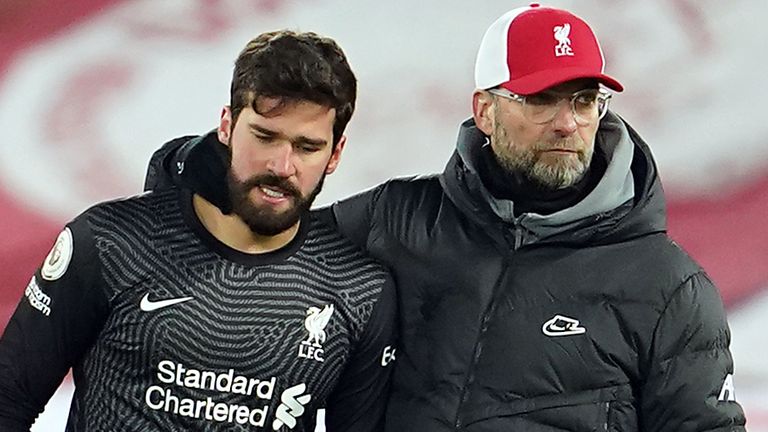 "It's just a public perception. 'Oh, Thiago is in and we don't perform well anymore.' These kind of things are just b*******, let me say it like that! They are just not right.

"Everybody needs time to adapt. Bayern played a different style, in a different league, and were much more dominant in the Bundesliga than any team can be in the Premier League.

It is not just the coverage of Thiago's performances that Klopp takes issue with. He is also adamant Liverpool's collective displays have not been as bad as their position suggests.

Inconsistency has been an issue, of course. Their defensive frailties are undeniable. But the win over RB Leipzig was not the only occasion Liverpool have looked like their old selves this season.

The underlying numbers show they are still pressing opponents effectively and creating scoring opportunities at a rate second only to leaders Manchester City. Many of the qualities that made them champions, in other words, are still there.

"It's not something that I'm really interested in because I know, and I have always known, that I give 100 per cent. It's probably not the best 100 per cent in the world, but it's my 100 per cent and I cannot give more. I did it when we won all the games and I do it now.

"We are always changing things but always while using our principles and that's the situation we are in now. We had the results we had, and now we go for better results in the next games."

Klopp has endured personal tragedy this season and was unable to attend his mother's funeral earlier this month due to current travel restrictions. But he rejects any suggestion it has been the most challenging period of his managerial career on the pitch.

'I love my job and my players'

"Being a champion and then not being champions again the year afterwards is probably the best problem you can have, to be honest," he says. "All the other teams want to have that problem.

"This has been the most challenging time in parts of my life, for sure, but not on the football side.

"I was in much worse situations in my life as a player and a coach in Germany, fighting to stay in the league. Those are proper problems.

"I think I went through all the different stages of problems in those times. I had pretty much all of them. So, the problem I have now at Liverpool is actually the best one I could have."

It is an outlook which has enabled Klopp to continue transmitting positivity to his players even through the difficulties they have endured together this season.

"A lot of the time we have cameras in training and stuff like this and when people see us smiling during the week, they think, 'What are they smiling about?'

"But for me it's not a problem to spread positivity because I'm really happy being here. I love my job. I love my players. I love the club. I am in the right place here and we try really hard to change things around - in the short term and in the long term as well. 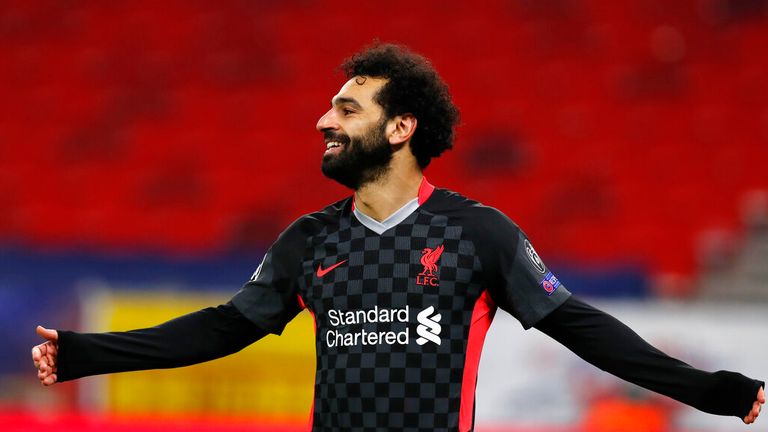 "Losing a game, losing two games, losing three games - it's a problem. But it's only a real problem if you don't learn from it.

"We constantly try to learn from our losses and hopefully we will use that on Saturday against Everton, and a week later [against Sheffield United], and 100 per cent we will use it next season.

"It's just an experience. A lot of things in life are experiences and experiences are always important because, if you are smart enough, you use them for the better.