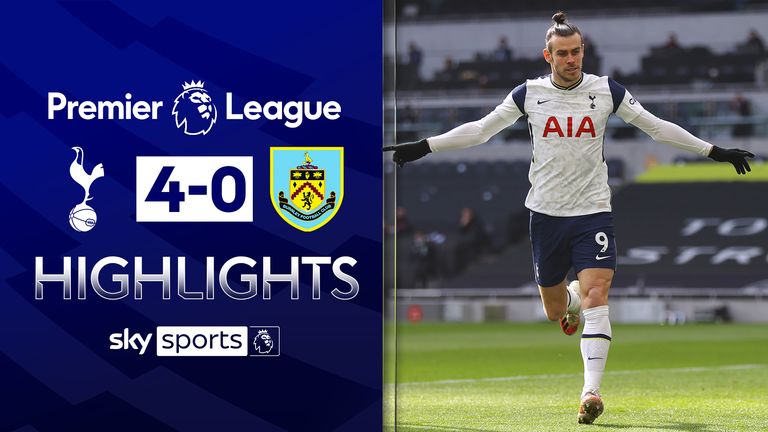 Gareth Bale's Tottenham resurgence continued as he inspired Jose Mourinho's side to a 4-0 victory over Burnley.

Handed just his third league start of the season, Bale needed just 68 seconds to open the scoring as Spurs raced out of the traps before the Welshman set up Harry Kane (15) for the hosts' second and also played a part as Lucas Moura (31) put the game beyond doubt before half-time.

Bale's fine afternoon continued into the second half and he rounded off a fine win for Spurs with a trademark left-footed finish to score twice in a match for the first time since in Real Madrid's 2-2 La Liga draw at Villarreal in September 2019.

7 - Gareth Bale has been directly involved in seven goals in his last four appearances for Tottenham in all competitions (four goals & three assists). Flashback. pic.twitter.com/2pC6ackAij

Victory sees Spurs end dismal run in the league to move up to eighth, while Burnley, who endured a torrid afternoon in north London, stay 15th, five points above the relegation zone.

Fresh from his goal in the Europa League in midweek, Bale was on the scoresheet again just 68 seconds into the game, drifting in behind the Burnley defence to poke home Heung-min Son's cross from the left.

Bale bursts out of the traps...

Bale's first goal for Spurs after just 68 seconds was the fastest ever conceded by Burnley in a Premier League match. The previous quickest was a Yerry Mina goal after 99 seconds for Everton on Boxing Day in 2018.

It was an electric start to the game from Spurs and Bale, who then grabbed an assist in the 15th minute with an inch-perfect 50-yard pass to set Kane free and the England captain's deflected shot beat Pope to double the advantage.

Man of the match: Gareth Bale.

You could not keep Bale out of the action as he also played a part in Tottenham's third goal. It was his pass that picked out Sergio Reguilon and the Spaniard's cross dropped for Moura, who finished into the bottom corner.

It was a disastrous half for Burnley, who found themselves 3-0 down in the first half at Spurs for the second consecutive season.

After the break, Bale's brilliant afternoon continued as he scored his second of the afternoon.

Son once again had acres of space over on the left and he picked out Bale, who cut inside and fired emphatically into the bottom corner.

⚽️⚽️ Gareth Bale has scored twice in a match for the first time since in Real Madrid’s 2-2 La Liga draw at Villarreal in September 2019 - the 35th multiple-goal game of his career pic.twitter.com/2ELCIsePpf

There was to be no hat-trick for Bale, who was replaced by Erik Lamela with 20 minutes to go, but Spurs still had opportunities to add to the scoreline, but Kane and Son were denied by brilliant saves from England goalkeeper Nick Pope.

But it was still a great afternoon for Spurs, who ended a run of five defeats in six Premier League games with the thumping win over Burnley.

Spurs boss Jose Mourinho: "We needed three points for the table, for the players to have a smile. That is the most important thing. We needed a good victory in the Premier League.

"We were quite clinical, it is very good to start the game and first chance to score, third chance score a second goal and a half-time to be winning 3-0. That is important for a team that's not playing especially well, losing matches. 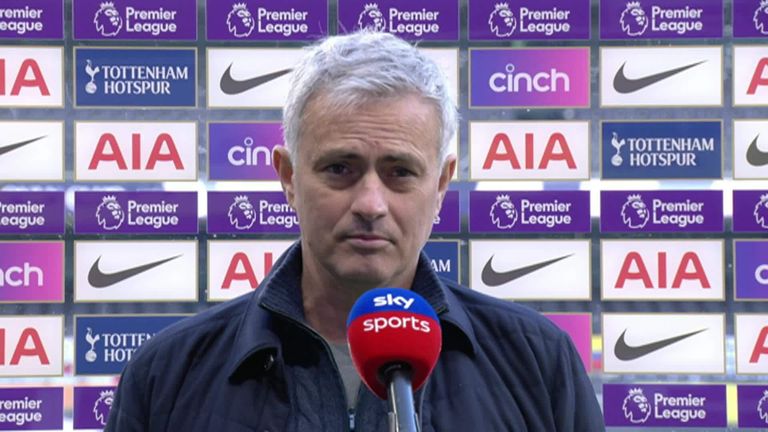 Jose Mourinho says Tottenham were in control against Burnley and is pleased to have got the three points, which the Spurs boss says his side desperately needed.

"Normally we start and first mistake we concede a goal, today things went in a different direction. Burnley fight until the end and that kept us on our toes, I don't remember Hugo Lloris making a great save and we were in control from the beginning.

"We need points, I believe lately in the Premier League we have had periods playing well and of course we need points. Today we got them in quite a solid way, we need that. Lots of matches to play in March, lots of difficult ones, plus Europa League. It is good to have players back.

Burnley boss Sean Dyche: "You come to a Tottenham side that have been questioned, when teams are on a tough run it very rarely lasts. Really poor start from our point of view, no one is alive to it. Any nervousness or oddness we bring to these games, that calmed it all down.

"You have to give credit to the opposition, they looked alive, alert, everyone has been surprised by the run they had - they showed energy, mainly on transition. Their quality showed in the right areas and we couldn't find those quality moments. 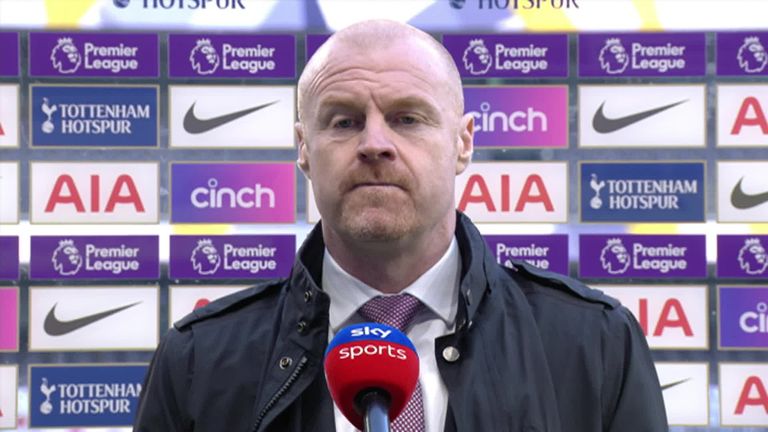 Burnley manager Sean Dyche says his side did not do the simple things well and made too many errors in their 4-0 defeat at Tottenham.

"When you are not quite on it, good sides find you out. But we have to make sure it doesn't happen very often. We gave it away too much.

"The power, quality, intent they show. Harry Kane is first class, but other players around him, sides like this their bad runs very rarely continue - that's partly down to us but you have to give credit to a very good Tottenham team."

Man of the match - Gareth Bale

Sky Sports' Alan Smith: "It has to be Gareth Bale. He scored a couple of goals, set up Harry Kane on what was a really enjoyable day for him, and he'll be hoping there are many more to come now."

Bale: My form is coming back 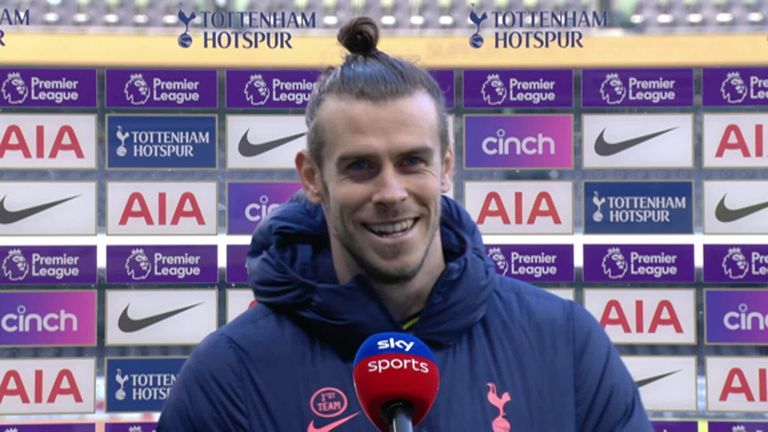 After his two goals and man of the match display against Burnley, Gareth Bale admits he’s been ignoring his critics and now hopes Spurs can use the result to finish the season strongly

"It was good, I have been building up a little bit to get fully fit - felt comfortable and my form is coming back. It's nice to help the team

"It's understandable, it's been a while, so I just continue to work hard. I know you get criticism, but I am experienced enough to keep my head down, not say anything stupid and keep plugging away."

On playing with the likes of Harry Kane and Heung-min Son: "Playing with them is why I came here and what I wanted to do - it's great to be on the pitch and feeling good, hopefully we can kick on from this and get some confidence.

"We know football isn't fair sometimes and people will criticise, but all we can do inside is keep going, and we showed that today."

Tottenham now go to Fulham on Thursday at 6pm before hosting Crystal Palace on March 7 at 7.15pm, live on Sky Sports Premier League.

Meanwhile, Burnley host Leicester City on Wednesday at 6pm in the Premier League, live on Sky Sports, before facing Arsenal at Turf Moor on Saturday, March 6 at 12.30pm.