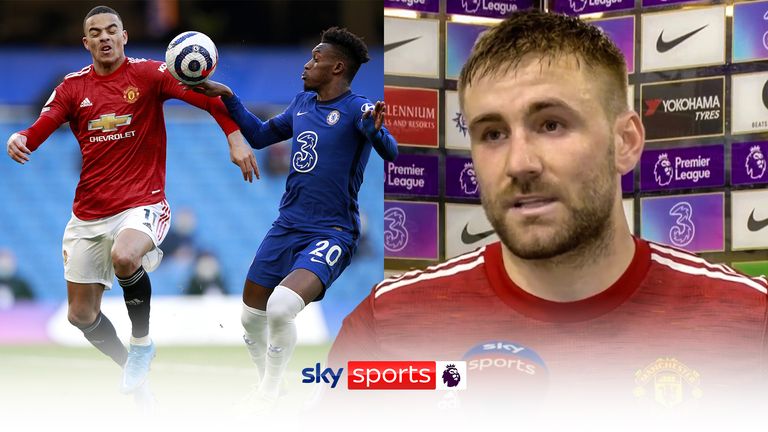 Luke Shaw told Sky Sports that referee Stuart Attwell had said to Harry Maguire it would "cause a lot of talk" if he gave a penalty during the 0-0 draw at Chelsea, but Man Utd insist that Shaw misheard the exchange

Harry Maguire has told Manchester United officials that Luke Shaw misheard a conversation he had with referee Stuart Attwell, with the left-back believing the official to have said he would not give a penalty because it would cause "a lot of talk".

After the goalless Premier League draw between United and Chelsea at Stamford Bridge, live on Super Sunday, Shaw told Sky Sports he was bewildered by an apparent handball incident and the subsequent discussion between his captain and the official.

Attwell did not give a penalty even after VAR intervened and he consulted the pitch-side monitor, which further confused Shaw, who also questioned why the game needed to be stopped at all. 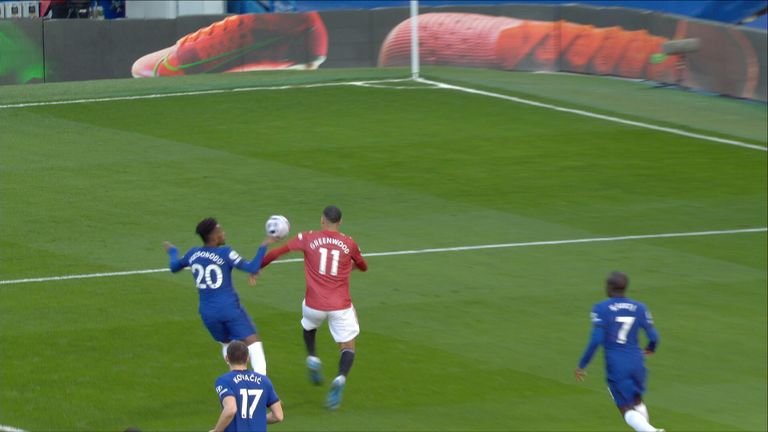 Should Manchester United have had a penalty against Chelsea for a Hudson-Odoi handball?

"At the time, I saw a handball," he said. "I didn't know whether it was Mason or Callum. I just carried on. I didn't even know there was a potential check.

"I don't know why they stopped [the game] if it wasn't going to be a pen. The ref even said to H (Harry Maguire), I heard him that 'if I say it is a pen, then it is going to cause a lot of talk about it after', so I don't know what happened there. 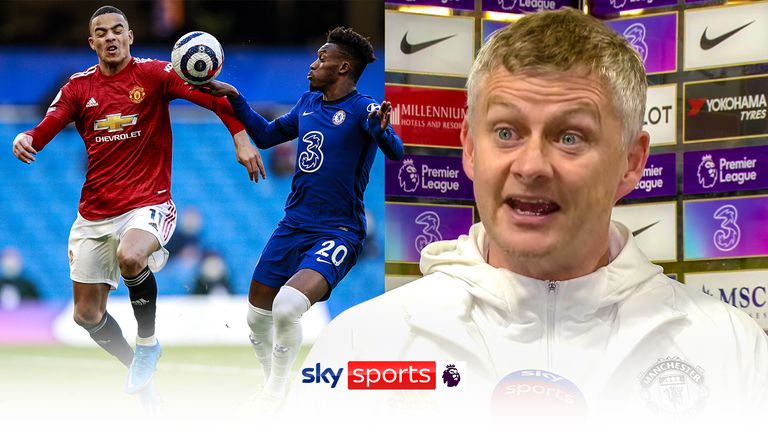 "I don't understand why he's stopped. If he's going to stop, you would think maybe he is going to give a pen, because we had the ball. We were attacking.

"It's confusing with this VAR, because if it's not going to be a pen, they might as well carry on, not stop the flow of the game. But I'm not going to moan about it, because I don't think either team did enough to win."

United have moved to clarify the conversation between Maguire and Attwell, telling Sky Sports News that Maguire has told club officials that Shaw misheard what was said regarding the penalty. 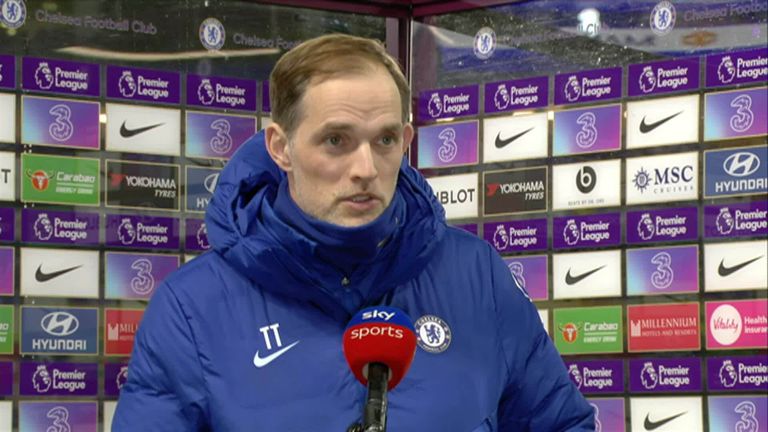 But manager Ole Gunnar Solskjaer was incensed by the decision and insisted it should have been a penalty.

"One hundred per cent," he said. "They're shouting it's handball for our player, but when you look at it on the video, it's taken two points away from us."

And Chelsea manager Thomas Tuchel also agreed: "How can it be an intervention? The player in red plays the ball with the hand, and then we're checking for a penalty? Why does the referee have to see it?

"You watch it for one second on the iPad. Why does the referee need to see it? He did everything right, I don't understand why he needs to check it. I'm glad it's not a penalty, that would be even worse."