Jonathan Oakes is joined by Keith Andrews and David Stowell to discuss all the latest from the Championship, League One, League Two and a big weekend at Wembley as Salford and Sunderland became Papa John's Trophy champions.

The panel assess all the latest managerial movements throughout the EFL, and hear from Bournemouth's Dom Solanke as he answers our quickfire questions.

Are Derby back in trouble?

It looks like the honeymoon period may be over for Wayne Rooney at Derby. His side have failed to win in five and they've not scored in their last four, with Rooney particularly frustrated with his attacking players following a 1-0 defeat to Millwall on Saturday.

Andrews: "He was quite critical of his attacking players after that game, and their desire and movement. But he has to be careful because he was an unbelievable player and he's now working with players who will never ever play to the level he got to. He's got to set the bar at a certain place, but also push them because it's not been good enough."

Bournemouth striker Dom Solanke was the latest player to take on Ten To Tackle, as he answered our quickfire questions and revealed, among other things, who his hero growing up was, and who the best player he ever played with. Unsurprisingly for the former Chelsea youngster, both answers had a Stamford Bridge lean.

"Obviously growing up at Chelsea I went to watch all the big games, and Didier Drogba was definitely one of my idols, along with Thierry Henry as well.

"[The best player I played with] was probably Eden Hazard. When I was there he was in the Premier League killing it every season, and it was a joy to watch." 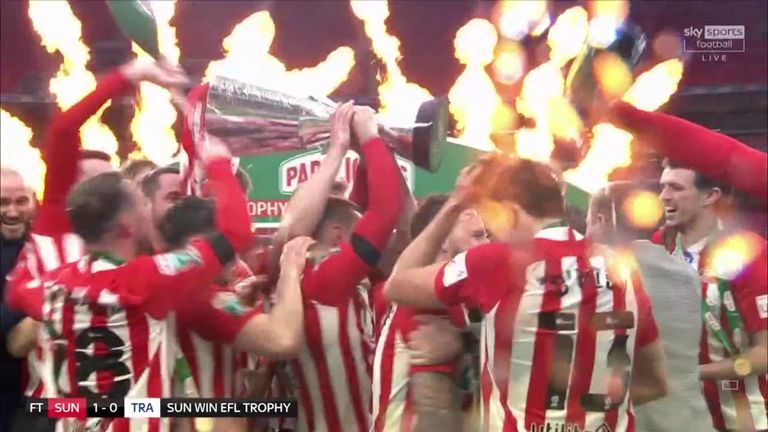 It was Wembley weekend in the Papa John's Trophy final, as Salford became 2020 winners on Saturday, and Sunderland did the same on Sunday in the 2021 competition.

Both will hope to use their trophy lift to instigate a surge for promotion, with the Black Cats in particular ending a 48-year wait for a win at the national stadium.

Stowell: "The aim for this season is always promotion, but it was potentially pivotal for Sunderland that they won, because they needed the positivity of something going right to spur their renaissance under Lee Johnson."

Hull take charge of League One

Hull took advantage of a quieter weekend in League One to take control of the promotion race. They are six points clear of Peterborough, seven clear of Lincoln and eight clear of Sunderland - although they have played three, two and three games more than each side respectively.

Andrews: "They are playing so well. It's five games in a row they've won with four cleans sheets in that time. They are defensively sound and have options at the top end of the pitch.

"They have the points on the board, and having to play fewer games will be a bonus, considering how condensed this season has been. They are ticking along very nicely and it's all for the teams below them to do." 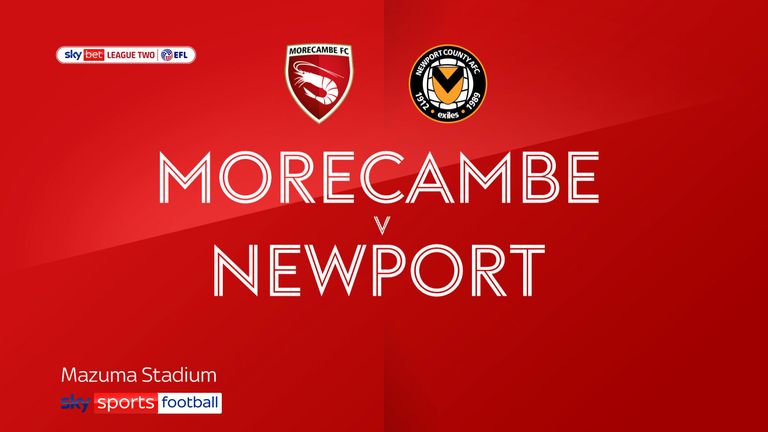 Kevin Ellison enjoyed an exuberant celebration on Saturday. The 42-year-old scored for Newport against former club Morecambe and took the opportunity to make a point to Shrimps boss Derek Adams in his celebration - having felt he was disrespected by his old manager at the end of his nine-year service for the club.

Andrews: "I played with Kev a long time ago at Hull City, he was bonkers then and he clearly hasn't changed! Which is nice to see because he's a great fella.

"These types of things happen at football clubs and we're not always privy to them. When new managers come I've been in the position myself and people can get frozen out, sometimes it's players who have been there a long time and don't fit the way they want to play.

"But I think there has to be respect both ways. so if he has been frozen out and feels it was unfair or unbefitting of his service to the club, well he clearly vented that on Saturday. And to still be able to do that at 42 years of age is staggering."