Online abuse: Fans urged to condemn racism as strongly as they did the European Super League

Professor Matthew Williams, Chair in Criminology at Cardiff University, believes football fans need to forcefully condemn racism and abuse wherever they see it; he also believes criticism from fellow fans could have greater impact than a fine 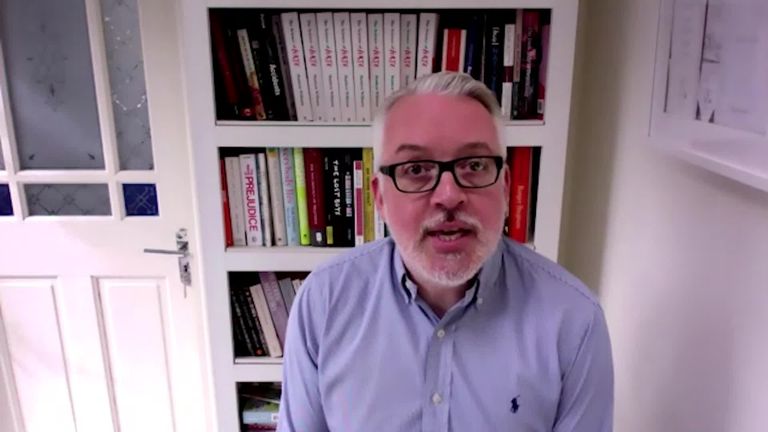 Football fans should use the same energy they displayed in protesting the proposed European Super League and channel that into condemning racism and social media abuse in all its forms, according to a university academic.

Professor Matthew Williams, Chair in Criminology at Cardiff University and Director of HateLab, believes supporters have a big part to play in helping to eradicate racism and challenge it wherever they see it.

He also says being challenged and confronted by fellow fans could have a more tangible impact as a deterrent than being issued with a fine.

"In the same way we saw them stand up against the Super League, we need that kind of energy and commitment against racism in the game," Professor Williams told Sky Sports News.

"The feeling of shame, the feeling of being told that you are doing something wrong by somebody like yourself, it is far more powerful than a fine, for example.

"You can brush off a fine and say 'I am not going to pay it', or 'the people giving me the fine don't know what they are talking about'.

"If someone from your in-group, someone like you, so a fan of the same club, possibly the same race, same gender as you - if they tell you are doing wrong you are more likely to listen and feel shame as a result."

Only last week, Leeds striker Patrick Bamford described it as a "shame" that the same level of anger shown towards the failed Super League breakaway was not channelled into other issues affecting football, including racism.

Social media companies have previously assured Sky Sports News that they are taking steps to address incidences of abuse wherever they occur, including banning perpetrators from using their platforms.

However, there has been frustration from some quarters that positive steps to tackle the problem have been slow in materialising.

Manchester City's Kyle Walker was subjected to racist abuse on Instagram in the aftermath of his side's Carabao Cup final victory over Tottenham on Sunday, becoming the latest in a long line of players to be targeted online.

Football's governing bodies - including the FA, Premier League, EFL, FA Women's Super League, FA Women's Championship, PFA, LMA, PGMOL, Kick It Out and the FSA - will all unite for a three-day social media boycott from 3pm on Friday, April 30 until 11.59pm on Monday, May 3.

Despite welcoming the use of boycotts and believing they can have a powerful short-term impact, Professor Williams would like to see individuals take more responsibility too. 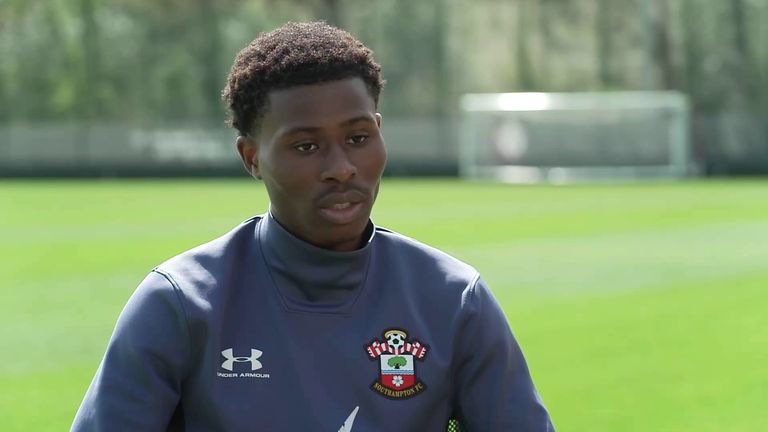 Southampton midfielder Nathan Tella backs the upcoming social media boycott after revealing he was racially abused on the platforms this season.

"While the boycott will see some short-term change hopefully, what we really need to see is change outside of social media companies," Professor Williams added.

'Fall in social media shares could get message across'

The chair of the Digital, Culture, Media and Sport (DCMS) committee Julian Knight has said a fall in social media companies' share prices as a result of the upcoming boycott could help to "get the message across".

Speaking to Sky Sports News on Tuesday, Knight praised the members of the football community that are participating in the boycott. 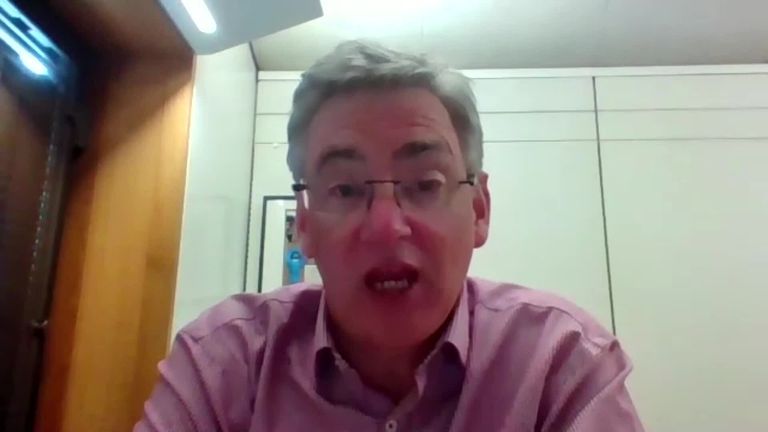 DCMS committee chair Julian Knight says a fall in social media companies' share prices as a result of football's upcoming boycott of their platforms could 'get the message across' that the current situation is not ok.

"I think that they have obviously a huge presence, they have a voice, they've got a lot of followers themselves, they have a lot of traction on social media," Knight said.

"Frankly, if it means that the shares in Twitter of Facebook fall as a result for a short time, then at least that is maybe a way in which to get the message across that it isn't ok to just spill bile out at people - it's not ok to write something that you wouldn't actually say to their face."