Euro 2020: Harry Kane says England performances not hampered by injury or speculation over his future

Harry Kane was substituted in both of England's Euro 2020 matches so far following disappointing performances; he insists he is not troubled by the ankle injuries he suffered during the season; Kane adds his decision to tell Tottenham that he wants a transfer is not weighing on his mind

Harry Kane insists that neither a lack of fitness nor speculation over his future at Tottenham have been the reasons for his disappointing start to Euro 2020.

The England captain's displays have come as a surprise given he enjoyed an impressive season with Spurs, topping the Premier League charts for goals and assists, despite his club's struggles. 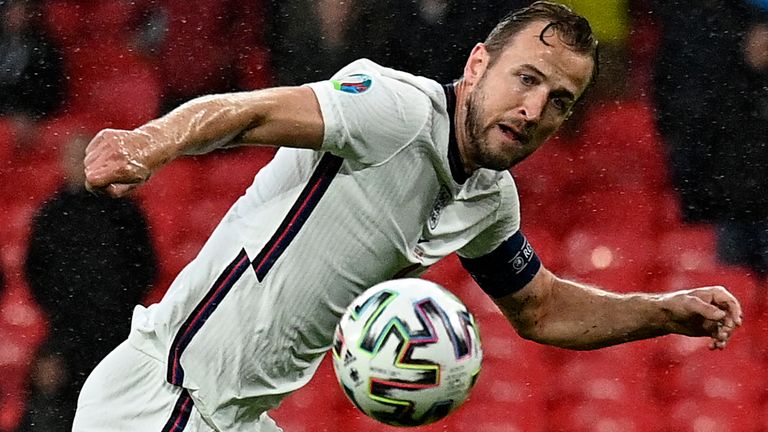 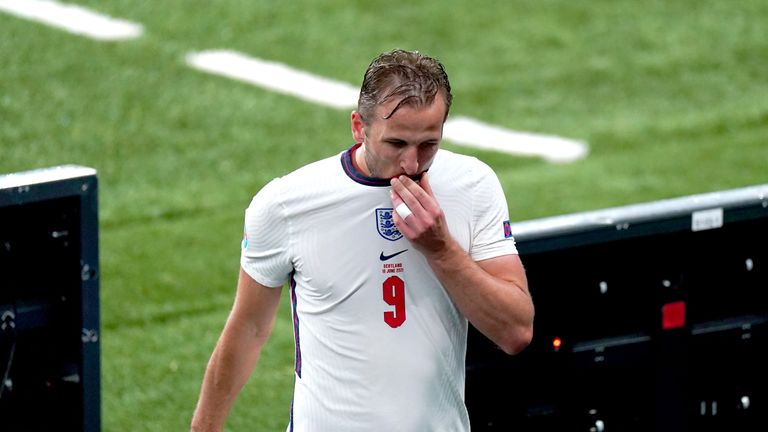 Kane's former Tottenham team-mate Tripper said: "With H, he works so hard for the team and people might not recognise what he does off the ball.

"Harry has had an unbelievable season with Spurs. He is working hard in training and it is about getting the chances to him.

"He is our captain, our leader, a big player for us and we just need to create chances for him to score goals. We need to get him on the end of chances."

There was a suggestion or two prior to Euro 2020 that Harry Maguire rather than Harry Kane was England's most important player, because the Manchester United captain was the one performer they couldn't do without this summer. Two matches in and Maguire's absence in the event of successive clean sheets is beginning to pale in potential consequence compared to England's worrying Harry Kane problem.

Even the shocking stats of Kane's contribution, or lack of, against Scotland only tells half the tale. Yes, there were only 19 touches. No, there really wasn't a shot on target all night prior to his substitution. But what was even more alarming was the pedestrian and ponderous style of his display. 'Leggy' is the standard football vernacular. 'Slow' is the word in everyday-speak. In an England display that lacked intensity and zip, Kane was the embodiment.

There was a particularly concerning moment in the second half when Luke Shaw broke into the box. The England left-back only had a brief moment to assess the situation and look for support. What he would have seen was a wall of blue in front of him. Where was Kane? On his heels, statuesque, unreachable at the back post behind two Scotland defenders. Understandably, Shaw went for the shot, and he could hardly be faulted for it when the ball sailed harmlessly wide. As for Kane, the lack of movement and the lack of threat was most definitely un-Kane-like. Is he carrying an injury? Or has he simply been weighed down by expectation?

The other question to be asked, inevitably, is whether Gareth Southgate would dare omit Kane from the starting line-up against the Czech Republic on Tuesday. Surely not. Southgate, after all, is instinctively loyal to his players - an outlook which was amply rewarded just a week ago when Raheem Sterling scored the only goal against Croatia.

But any question about Kane's position in the England team misses the point, or at least the point of the problem. Because England's problem isn't merely or simply that they have a player out of form. The far bigger problem is that without an in-form Kane, it's very difficult to see how England go much further. What we saw on Friday night was England without Kane, and it wasn't pretty.

They can't do without him.