Fernandinho has signed a one-year deal to remain at the Etihad until summer 2022; champions Manchester City start their Premier League defence with a trip to Spurs as they look for a first win at the Tottenham Hotspur Stadium, live on Sky Sports 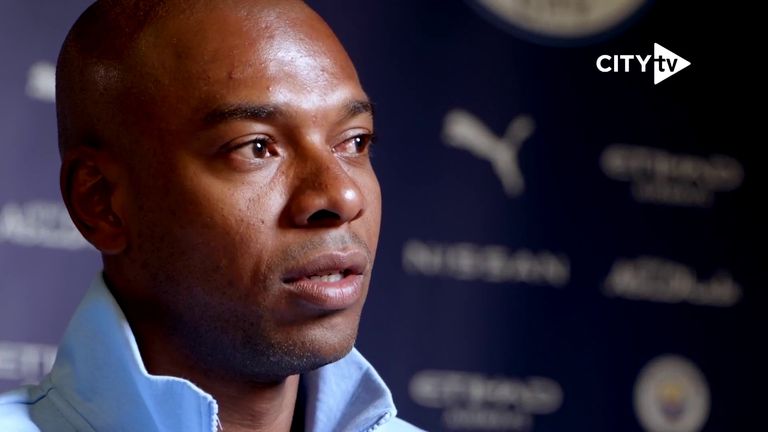 Fernandinho has signed a one-year deal to remain at Manchester City until the end of the 2021/22 season.

The Brazilian arrived at the Etihad from Shakhtar Donetsk in 2013, since then amassing 350 appearances for the club and winning 12 trophies, including four Premier League titles and a record six League Cups.

The City captain insists he still has unfinished business, and is targeting another shot at the Champions League after losing to Chelsea in their first final last month.

"In my head and my mind, the job is not done yet and so that's why I decided to stay here another year and try to help the team and the club to achieve the goals that they're looking for," he said.

"In my point of view, we can do that, there's still places to improve and to get those targets.

I‘m delighted to sign another year for this wonderful club. Looking forward to continue my journey and to achieve many goals. I would like to thank God, my family, my teammates, the staff and a special thanks to our amazing fans who have supported me since day one.

"Obviously, for me and for my family it's a pleasure to stay in Manchester for one more year.

"If I can keep doing the same way, leading them inside the pitch, off the pitch, to help them to improve and get better and to perform better during the games, I would be the most happy person there."

"He is an outstanding footballer - one of the best in the world in his position - and an exemplary professional.

"Since he arrived in 2013, his attitude and consistency have been exceptional, and he has developed into one of our most influential players.

"He is our captain; our leader and it is a position he has excelled in. There are a number of talented young players in our squad and, therefore, it is vital we have somebody with Fernandinho's knowledge and experience.

"He remains an important player for us and we are delighted he has committed to another year." Sky Sports will begin the 2021/22 Premier League season in style, with title holders Man City's clash at Tottenham and Brentford's debut against Arsenal to be shown live.

The Bees reached the Premier League via the Sky Bet Championship play-offs, having not played in the top flight since the 1946/47 season, when their last game was also against Arsenal.

The Gunners' trip to the Brentford Community Stadium will get proceedings under way for the new campaign, live on Sky Sports on Friday August 13.

On Saturday August 14, another Premier League newcomer, Norwich, begin their season at home to Liverpool, while West Ham's trip to Newcastle will launch the first Super Sunday of the campaign on August 15.

This will be followed by the start of Man City's latest Premier League title defence, travelling to Tottenham, live on Sky Sports.

Champions League holders Chelsea also face a tough opening and their away trips to Arsenal and Liverpool will both be shown live on successive weekends. 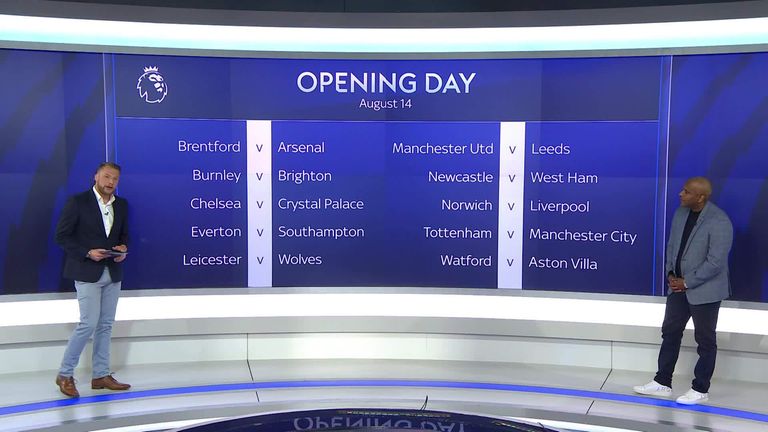 The first Monday Night Football of the season will take Sky Sports to the London Stadium as West Ham and Leicester - who battled for European spots last season - go head-to-head on Monday August 23.

Two of Manchester United's opening games have also been selected for Sky Live coverage, travelling to Southampton and Wolves on August 22 and August 29 respectively.