Team GB gear up for Tokyo 2020 with 3-0 win over New Zealand; Ellen White nets twice while fellow England forward Nikita Parris also gets on the scoresheet; Hege Riise's side face Chile in Olympics opener next Wednesday

Great Britain's women's football team beat New Zealand 3-0 on Wednesday in a warm-up friendly ahead of their Tokyo Olympics campaign.

Ellen White netted a brace, while fellow England forward Nikita Parris also got on the scoresheet.

The match took place behind closed doors at the Todoroki Stadium in the Greater Tokyo area.

Hege Riise's GB side had been scheduled to face Zambia in a warm-up match at Stoke's bet365 Stadium on July 1, but the fixture was cancelled with the African team having to pull out because of complications linked to coronavirus restrictions.

T-minus 7 days until matchday one versus Chile. 🤩#TeamGB pic.twitter.com/nYnIDUKTSN

GB are set to begin their Olympic campaign against Chile in Sapporo next Wednesday before taking on hosts Japan at the same venue three days later. Their group fixtures conclude on July 27, against Canada in Kashima.

New Zealand are grouped with the United States, Sweden and Australia, while the other pool consists of Holland, Brazil, China and Zambia.

The seventh edition of the women's Olympic football tournament begins on July 21 and runs until August 6. Unlike the men's competition, there are no player age restrictions for teams participating.

Yuzuho Shiokoshi of Japan, Brazil's Bruna Benites and Carli Lloyd of USA are among the stars taking part in Tokyo.

Defending champions Germany failed to qualify after being eliminated in the quarter-finals of the 2019 FIFA Women's World Cup. The Netherlands, Sweden, USA and England (represented as Team GB at the Games) booked their places by reaching the semi-finals.

Read the schedule in full here 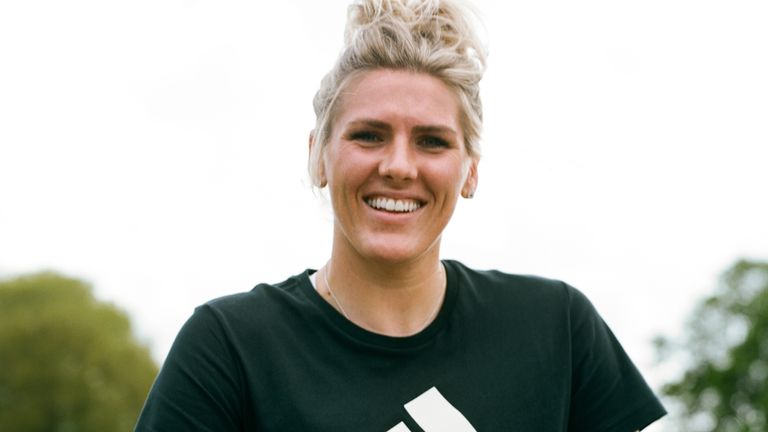 Chelsea and England's Millie Bright says it'll be a huge honour to represent Team GB at this summer's Olympic Games in Tokyo.