Kane absent as Man City, who bid £100m earlier in the summer, lost at Tottenham; Man City suffer third successive defeat without scoring a goal; Graeme Souness: "This isn't rocket science. They haven't bid for Harry Kane for no good reason. They need a proper centre-forward in that team." 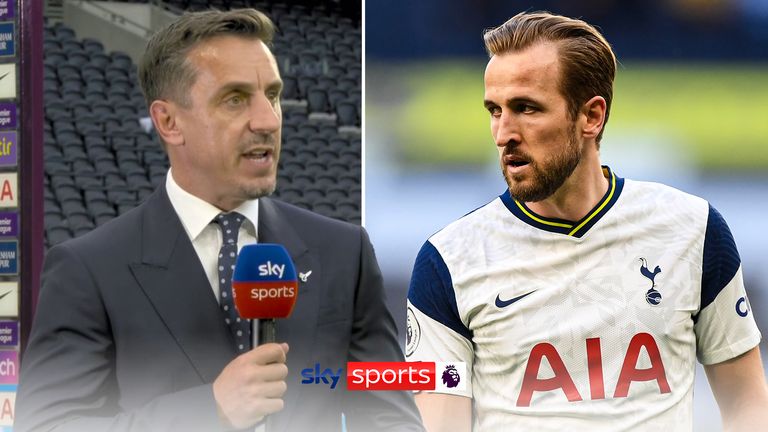 Graeme Souness believes Manchester City's defeat at Tottenham demonstrated precisely why they are bidding to sign Harry Kane from Spurs this summer.

The Premier League champions were beaten 1-0 at Spurs on Sunday as Pep Guardiola's team suffered their third successive defeat in all competitions - with City also failing to score a goal in their previous losses in the Champions League final and last week's Community Shield.

Kane, who missed Sunday's game in which Ferran Torres started up front for City, wants to leave Spurs this summer and City made a £100m bid for the striker in June.

Tottenham fans sang 'are you watching Harry Kane?' in the closing stages of their side's win, but Souness believes the match actually underlined why signing Kane makes sense for City even if they will have to spend over £100m to sign the striker.

"This isn't rocket science. They haven't bid for Harry Kane for no good reason. They need a proper centre-forward in that team."

Speaking before the match, Souness had predicted Kane would leave Tottenham before the transfer window shuts in two weeks' time.

"We have to accept that the power today is with the players. It is an unedifying sight seeing Harry Kane wanting out of a three-year contract he has still got," said Souness. "But the outcome is inevitable. I think he will leave."

Tottenham, however, have insisted that Kane is not for sale. 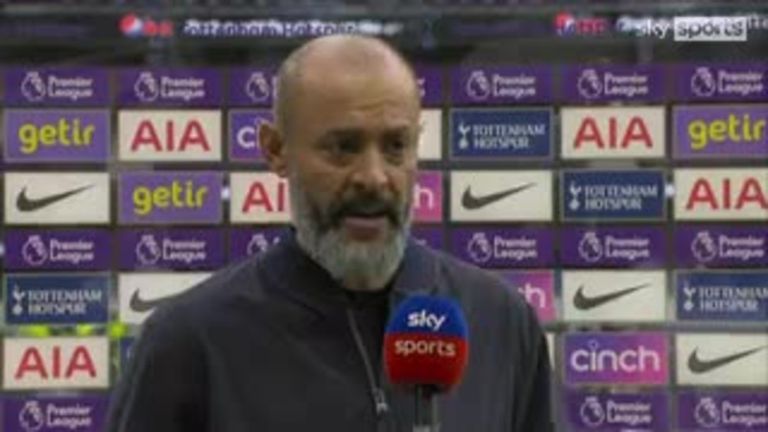 Nuno Espírito Santo was proud of Spurs' triumph over Manchester City, and says 'best player in the world' Harry Kane must get ready to help the team

Kane was the only member of England's Euro 2020 squad not to feature either as a starter or a substitute on the opening weekend of the new Premier League season.

He returned to training on Friday with Spurs' new boss Nuno Espirito Santo attributing his absence to a lack of physical preparation.

"Harry worked this morning and he is preparing himself," said Nuno. "When he's ready he will join the group and the team."

FREE TO WATCH: Highlights from Tottenham's win over Manchester City.

Neville on Kane: 'Something's going on'

However, speaking on Super Sunday, Gary Neville believes things are happening behind the scenes and that Kane's absence from Spurs' opening game of the season suggests he will be on the move before the transfer deadline on August 31.

"I just read into the fact that if he wasn't involved today. Every other England player that was part of the Euros has been involved this weekend, either on the bench or in the squad. Harry Kane would be here if there was no doubt over his future.

"I took into it that he's gone. I just felt that him not being here, not being visible in the stadium, a prominent player, the most prominent Tottenham player not visible in this stadium for the first game of the season.

"We have a lot of cameras around, and I suspect we were looking for him everywhere. To not see him was a surprise."

When asked if Daniel Levy would sanction Kane's sale without a replacement lined up, Neville added: "Probably not. He'll probably have something happening this week.

"There are no Premier League games this week and there are five or six days now to do something.

"I do believe his absence and not being on the bench told me he was gone. I might be wrong and in two weeks' time he might be here, and I'll be delighted to come and watch him for Spurs but every other England player has been involved this weekend.

"Plenty of the England players have had limited training but at the very least, they've been on the bench and Kane ordinarily would be.

"Kane comes back late, he's in isolation, he's not here today and if you put all that together, he's the most professional player you'll ever see so something is going on.

"If you talk about Kane's career up until three weeks ago, you'd say he's been an absolute angel of a professional.