Allegations that Rangers' Glen Kamara was targeted by schoolchildren at Sparta Prague have been labelled as "desperate and ridiculous" by the Czech club.

Boos were audible when Kamara touched the ball, more than for any other Rangers player, as Sparta secured a 1-0 Europa League win.

The match was played in front of 10,000 children and their chaperones because of a UEFA exemption despite Sparta's Letna Stadium being closed for a separate racist incident - when Monaco's Aurelien Tchouameni was subjected to abuse from the stands last season.

Sparta have since released a statement, labelling the accusations of racism "unfounded... desperate and ridiculous".

The incident came five months after Slavia Prague defender Ondrej Kudela was banned for 10 matches having been found guilty by UEFA of racist behaviour towards Kamara, who received a three-game ban himself for an alleged assault on the Czech player in the Ibrox tunnel.

Why were some fans allowed in?

UEFA's disciplinary regulations for matches behind closed doors states: "Unless the competent disciplinary body decides otherwise, no one is allowed to attend a match to be played behind closed doors, with the exception of: ... h. children up to the age of 14 (duly accompanied) from schools and/or football academies invited to the match free of charge."

Kamara was sent off in the 74th minute, to huge cheers from the crowd, after receiving his second yellow card for an aerial challenge in what looked a harsh decision.

UEFA's disciplinary body has told Sky Sports News it is awaiting reports from Thursday's match delegates and officials before deciding whether action will be taken. When asked about the jeers Kamara faced, Gerrard told a press conference on Thursday night: "During the game, I haven't been aware. I have obviously been focused on the game and the tactical changes that I was trying to think about to try and get us back in the game as we were trailing."

However, Gerrard confirmed on Friday he heard the booing when he watched the game again.

"I'm fully aware now, having watched the game back with audio on," he said. "I'm actually surprised that I wasn't aware of it during the game.

"I have spoken to Glen Kamara - that conversation will remain private. Glen's okay. I'm sure he's disappointed, just like myself. Now I think it's time for the authorities and the club to step in and take that away from us so we can focus on the game on Sunday.

"There are hundreds of thousands and maybe more people frustrated because these things keep raising their head far too often. Unfortunately the punishment is not enough. I said last night there needs to be more done. It's the only way it's going to get eradicated because the punishments are nowhere near severe enough."

Gerrard also said "the wheels are already in motion" for Rangers to formally contact UEFA about the matter.

"I've been told that Rangers are going to take it up with UEFA. I think those wheels are already in motion. I'll certainly be pushing to make sure that's the case," he added. 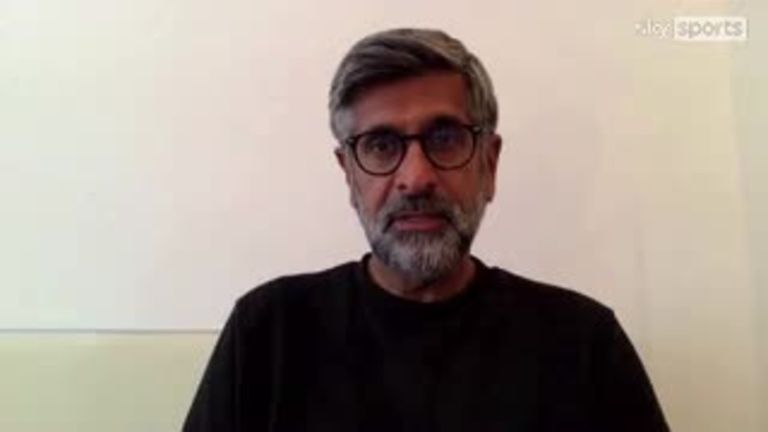 Sparta Prague should be kicked out of the Europa League, says the executive director of Football Against Racism in Europe (FARE), Piara Power

In a statement, Sparta said it is "absolutely unbelievable that after a match we have to watch innocent children being attacked and face unfounded accusations of racism".

"We ask the representatives of Rangers FC to do their part to stop the xenophobic atmosphere directed towards our children, our beautiful country and its inhabitants."

He wrote on Twitter: "Enough! Intentionally spread, disgusting insults against Czech children in the media and on the internet do not belong to football and even less so to good relations between two countries."

In response, Kamara's lawyer Aamer Anwar said in a statement: "Glen is a total professional, but nobody should have to put up with racism on or off the pitch.

"There is no point in banners proclaiming respect and unity against racism, when UEFA do very little about fighting racism in the stadiums.

"As for Sparta Prague's statement, I do not comment on personal abuse and attacks, it might be better if the club started to actually deal with racism.

"I also see that the Czech Foreign Minister has summoned the UK ambassador on Monday to discuss 'insults' about Czech children, maybe his Government should take the opportunity to address the deep rooted racism that exists in their country."

And a PFA Scotland statement read in part: "We condemn in the strongest terms the abuse Glen Kamara was subjected to last night during Rangers' UEFA League match with Sparta Prague.

"As we all know, this is not the first time Glen has suffered sickening abuse on the pitch, but the fact that this time it came from the mouths of children through sustained booing is beyond alarming and only strengthens the call for greater sanctions from UEFA for this type of behaviour.

"There is no place for it in football or the modern world.

"Last night's events in Prague, along with similar incidents in other UEFA Europa League matches, proves beyond a doubt that racism and discrimination are a global problem and a joined up approach at the highest levels, both within football and in governments across the world, is urgently needed to eradicate it.

"We are not blind to the problems within our own country, including racism, discrimination and sectarianism. In recent weeks, we have seen players across all levels of or game subjected to racist abuse from our stands - it HAS to stop."

Kamara's lawyer: Let's be blunt, UEFA are a disgrace

Kamara's lawyer, Aamer Anwar, said Sparta Prague should be embarrassed by the behaviour of their supporters and that Thursday's scenes again highlighted Czech football's "deep-rooted problem with racism". 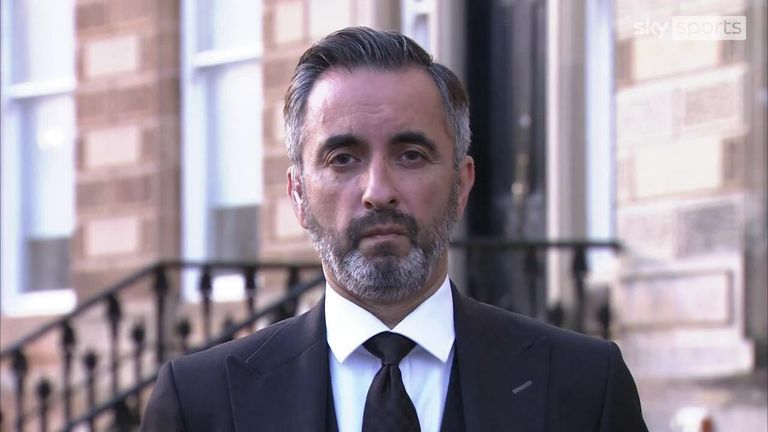 "Glen Kamara, and no other player, should be subjected to such abuse every time they venture out."

Anwar released a statement on Thursday night criticising Sparta Prague and revealed he was then subjected to a number of racist messages on social media.

"When will UEFA say enough is enough?" he said. "There is no point in talking about respect, carrying banners and saying you're against racism.

Sky Sports News has contacted UEFA for a response.